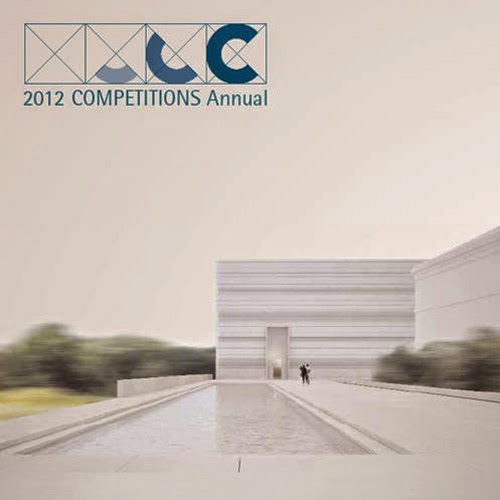 At the start of the 1990s, Competitions magazine began publishing quarterly issues with notices and results on architectural competitions. In 2011 the publication went the way of many magazines and is now online-only, though its print output has segued to an annual book that collects the results of some prominent competitions. The second edition, covering competitions in parts of 2011 and 2012, features the winners and runners up for 16 competitions.

Competitions is based in Kentucky, so it's no surprise that the (now e)magazine tends to focus on the United States, but as the back cover attests: "the majority of competitions for real projects in this volume reflect not only the institutional commitment of foreign nations to this process, but the dire economic straits our governing bodies find themselves in." This quote points to an emphasis on "real" competitions versus "ideas" competitions, while indicating that U.S. competitions in the annual are few; in fact only 5 of the 16 projects are located in the United States, 7 if we broaden the criteria to North America by adding Canada. But of course competitions in any locale are geared to entice as many architects from different countries (often pairing up with local architects) to enter, hopefully leading to more ideas and potentially bigger names. Therefore U.S. participation, as the Annual attests elsewhere in its pages, goes far beyond the locations of competitions. That said, the U.S. competitions tend to be less flashy and with fewer (or no) big names. This doesn't mean these competitions don't have value, but the mix of international/local and famous/not-so-famous in the book broadens its appeal to a wider spectrum of architects and fans of architecture. An example of the international/famous side of things is the Musée National des Beaux-Arts du Québec competition, won by OMA, with Allied Works, David Chipperfield and others as runners up. On the local/not-so-famous side can be found the Atlanta History Center competition, won by Pfeiffer Partners, with Stanley Beaman & Sears, MSTSD and others as runners up. Given Competitions' focus on results in its annual, we do not learn what really happened to these and other "real" projects. In these cases, OMA's design, officially called the Pierre Lassonde Pavilion, started construction in 2013 and is slated for a 2015 opening, while Pfeiffer Partners' winning design was shelved in favor of an arguably inferior design by Atlanta's MSTSD, but not their runner-up entry they did with Kallman McKinnel & Wood. 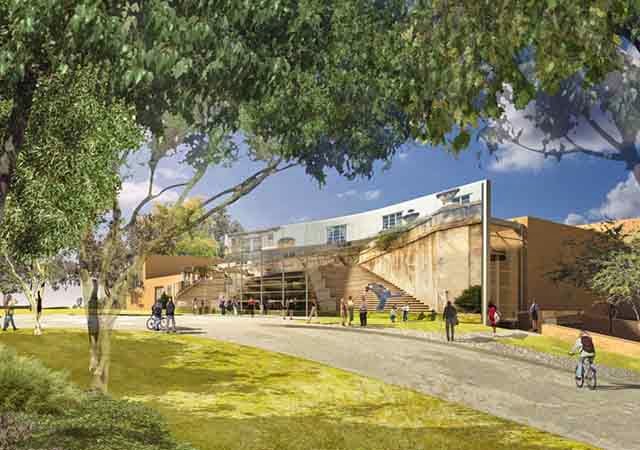 But the big question, the elephant in the room if you will, is the obvious one: What is the value of the Annual in the age of Arch Daily, Bustler, and other websites featuring competitions results with plenty of images and text from the architects? The answer is threefold: The first has already been alluded to, as the book includes competitions that these websites do not feel the need to feature (Arch Daily's coverage of the Atlanta competition is solely a 2011 call for architects announcement, for example). The second is that Competitions includes editorial commentary and jury comments, which these websites don't include and sometimes include, respectively. Third is having the winner and the runners up in one place, which makes it easy for comparison and to have a mental picture of reactions to the competition brief, easier to achieve in a book than on separate web pages online; often websites highlight only the winner and/or only it and a couple runners up. Even if every notable competition isn't covered (an appendix with other competitions, some of them ideas competitions, and their winners is included) the thoroughness of the 2012 Annual should be commended.