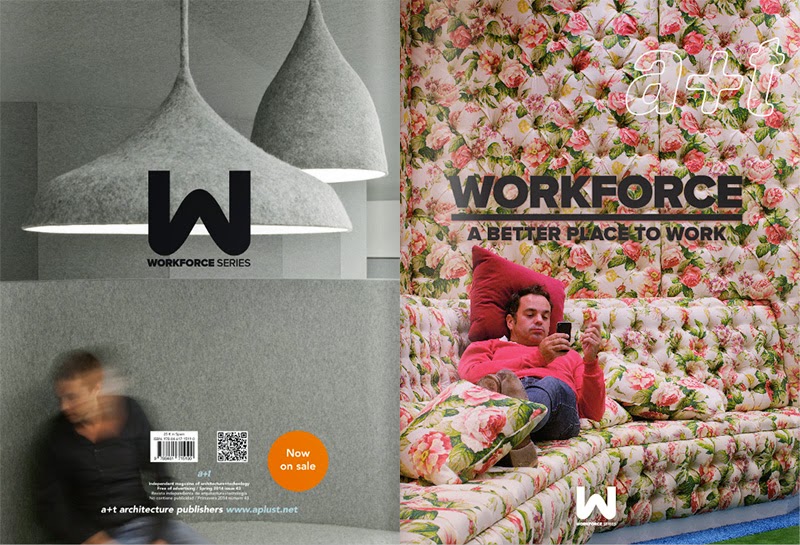 [All images courtesy of a+t]

Recently I picked up a couple used books that are all about work: Nikil Saval's Cubed: The Secret History of the Workplace, published last spring, and Studs Terkel's 1972 classic Working. These two books, combined with a+t's first installment in its Workforce Series, paint a picture of how work and the workplace itself has changed over the last century or so. Being that this is a blog about contemporary architecture, I'm therefore focusing on a+t's collection of recent workplace designs, but I think the book is a bit more meaningful in my mind thanks to reading parts of these other books simultaneously. Overlap can be found, for example, between Workforce and Cubed in the former's "A short history of the development of the office" by Caruso St. John Architects; in brief text and floor plans it parallels the social history that Saval delves into at length. Both books also bring us to a situation today that is much different than the one covered in Terkel's book, which is varied in trade and venue (from farmers and nuns to auditors and baseball players), but which echoes from a time when the white-collar workforce and workplace were narrower and more well defined. Now we work from home, co-work in shared spaces and work in other less traditional ways thanks to technology, increased freelancing and the rise of the creative class. This is the context that a+t tackles in Workforce. 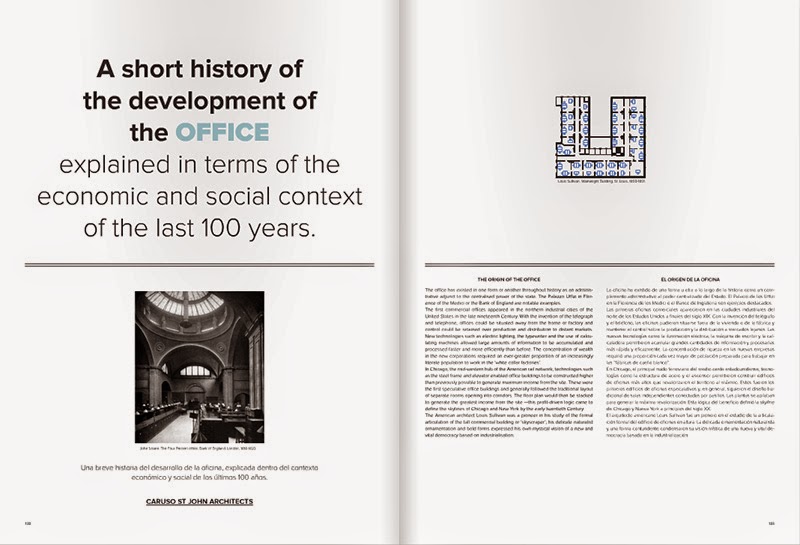 Like other a+t books, the meat of the issue is the projects, in this case 25 office spaces designed by 18 firms. Most of the projects are in mainland Europe and the UK, but some are found in the United States (San Francisco and New York City, not surprisingly) and there is one each in Japan and Australia. But outside a fairly wide if Eurocentric geography, the projects share many traits in common. First, they are exclusively interiors projects, not buildings (perhaps a future installment in a+t's series will feature buildings). Second, many of the buildings/containers are old and formerly industrial, with the architects choosing to leave the "old bones" exposed. Third, there is a focus on the fun or casual, such that the workplaces often feel home-like and unlike traditional office environments of the 20th century (the cover photo is a clear indication of this shared trait); no wonder that the a+t editors call this section of the book "Workspaces: from fun to focus." And fourth, shared, or common spaces are more important than the individual workspaces and often the shared spaces are the locus for the fun and casual. 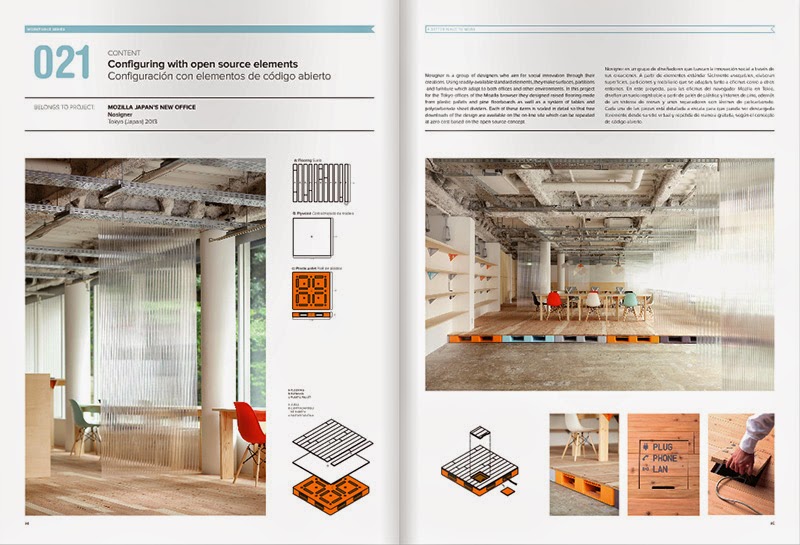 The shift to environments that are fun, casual and more home-like reflects the trends that are shaping work today, most of them coming about thanks to telecommunications. Laptops and smartphones enable work to take place anywhere, so instead of intense eight-hour days (four in the morning, four after lunch), the workday is longer, less intense and dispersed. As Javier Mozas explains in the critical history that introduces the issue, "The liquid nature of the workplace," companies are responding to the implications of technology by creating spaces that put people at ease and therefore keep them in the office longer. Companies, always aware of the bottom-line, are also devoting more space for common uses (leisure, dining, circulation) and thereby shrinking workers' own desks. Common space is seen nowadays as a space of interaction, which has been elevated to an almost absurdly high status, as it is seen as the place where innovation and creativity occurs. The design of schools, with more attention given to circulation than classrooms, echoes this approach, and one could see the design of public spaces in cities today, with pop-up spaces and the like, as an extension of this thinking. Where work was, in Terkel's day, a task segmented in time and space, it is increasingly one that is fluid, leaking through the borders that have become more and more porous over the years, such that work encompasses more and more of our waking lives. It's only appropriate that architects have responded in kind to create spaces that, if anything, don't remind us of this fact. 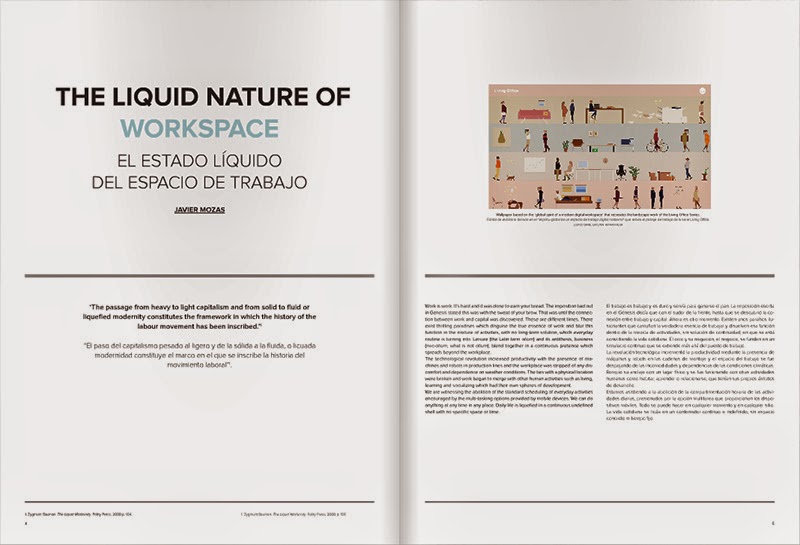