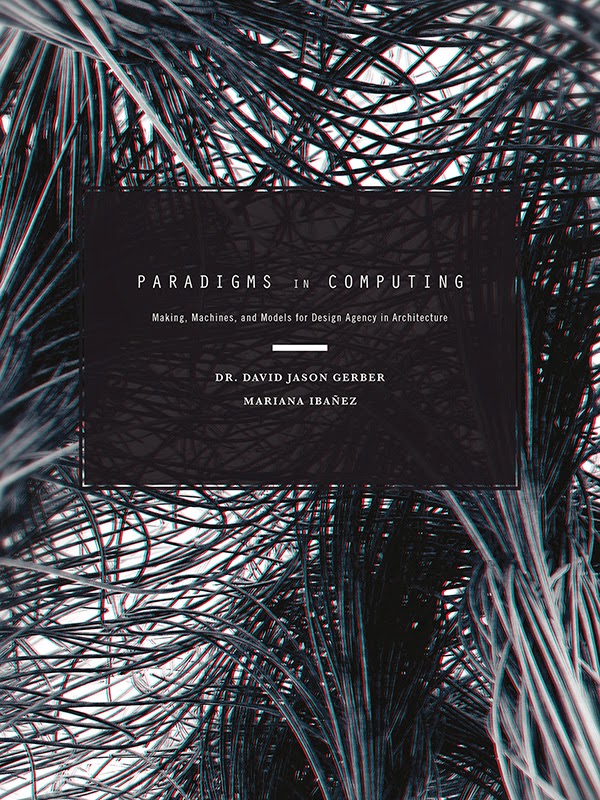 One key to the direction computation in architecture is taking can found in this book in an unlikely place, tucked underneath the long bio of architect and theorist Neil Leach: "He is currently working on a research project sponsored by NASA to develop a robotic fabrication technology to print structures on the Moon and Mars." Considered with a news item like Norman Foster's involvement in a European consortium to "explore the possibilities of 3D printing to construct lunar habitations," and to a lesser degree Turkish architect Gulay Yedekci's design of "an entire extraterrestrial community which could one day be home to human beings on Mars," there are signs of a trend toward using the new forms of architecture generated and built through the use of computers for environments beyond earth.

An extraterrestrial trend certainly isn't a shared belief by all architects of the computational ilk – or those contributing to this volume published by eVolo, known for the annual Skyscraper Competition, where some entries would be at home on other planets (the 2015 results have just been released) – but this apparent trend points to the importance of margins in the adoption of computer technologies in design and fabrication. When somebody works within the environment of a piece of software or other technology, rather than, say, the realm of the pencil or the hand-built model, the software's rules are exploited toward the discovery of whatever can be accomplished. "Blobitecture" came about in the 1990s as architects played around with Rhino before anybody could figure out how to build the NURBs and other geometries and surfaces. Today blobs can be built at various scales, and 3d printing is pointing the way to realizing just about anything that can be imagined and modeled. And, moving forward, what is the most significant human margin? I'd say the atmosphere (or perhaps death, but that is less architectural). So it's no wonder that some architects are dreaming of ways to burst through the atmosphere to realize new environments for human habitation.

While I doubt that Gerber and Ibañez intended such a reading with their collection of essays (with contributions generated by a call for submissions "for positions from industry and academy thought leaders for their sensibility and production of computationally influenced practice and research"), their assertion in the book's introduction lends some gravitas to what they compiled: "There was a sense of a parallel to the Precambrian explosion." They are referring to the exponential growth of technology and its related design tools in the last few decades, but equating it with the diversification of life over 500 million years ago to more complex creatures is telling. Beyond more complex architectural forms, combined with the technology needed to build them, there is what they describe as "a rapid diversification and an explosion of creative capability." One segment of this diversification includes building on other planets, but this collection shows it consists of many more avenues that share equally high levels of ambition, optimism and belief in pushing on the margins until they bend or break.