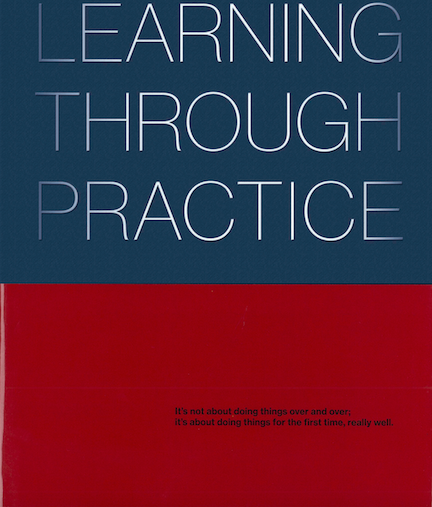 Although I don't review monographs as much as other books on this blog, I've written about the book typology a number of times, most notably in 2011 when I responded to Martin Filler's question, "Is the architectural monograph our latest endangered species"? In that post I highlighted ten post-S,M,L,XL monographs that are notable for veering from the norm in some way, be it by incorporating lots of technical data or adopting the comic book format, as two examples. To this day I appreciate monographs that do something besides the plain old one-after-the-other presentation of projects with a few words, lots of photographs, and scant drawings. This book by Rob Rogers on Rogers Partners Architects+Urban Designers (a successor firm to Rogers Marvel Architects, whose 2011 monograph I mentioned here) does just that by focusing on storytelling and thereby making the book a revealing insight into Rogers and his practice. 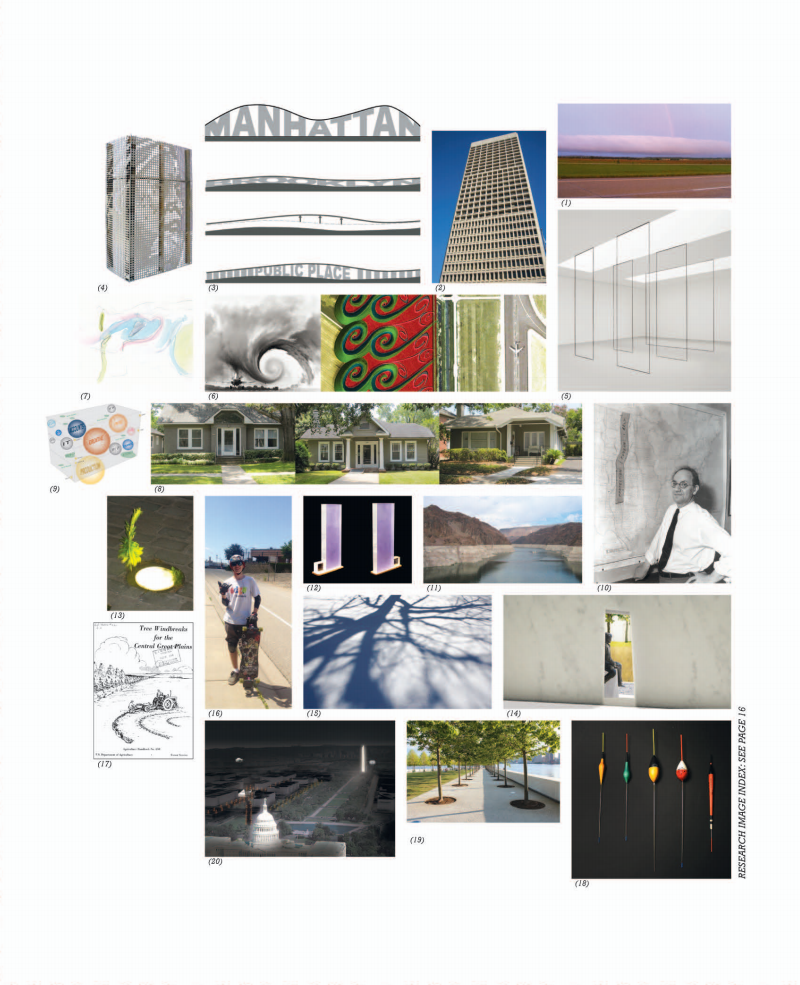 [One of the research pages from the book. | Image courtesy of Rogers Partners]

Per the table of contents, the book is split into seven chapters, but really it's structured into two halves. First, following a foreword by Sarah Whiting and an introduction by Rogers, are the sections that tell the stories of the various projects (some projects are featured in multiple sections) grouped by themes like "delight," "authenticity" and "we open spaces"; second is page after page of full-bleed photographs and renderings, what is the usual content of a monograph but cut free from their usual location within standard project presentations. Each of the six storytelling sections – more text than images – is book-ended by research pages, one visual, like the one above, and the other with captions to the images. This was a bit confusing on reading the first chapter, since the numbers don't show up in the text that follows, but with each subsequent chapter it made more sense. The research pages do a couple things: they offer another reading of the book, above and beyond the insightful text by Rogers and his editor Isabelle Moutaud; and they invite the reader to physically hold the book a certain way, with the left hand holding the images page, the right hand holding the captions page and flipping in between, thereby allowing the reader to focus on the ideas in one chapter rather than just on one project or on the whole book. 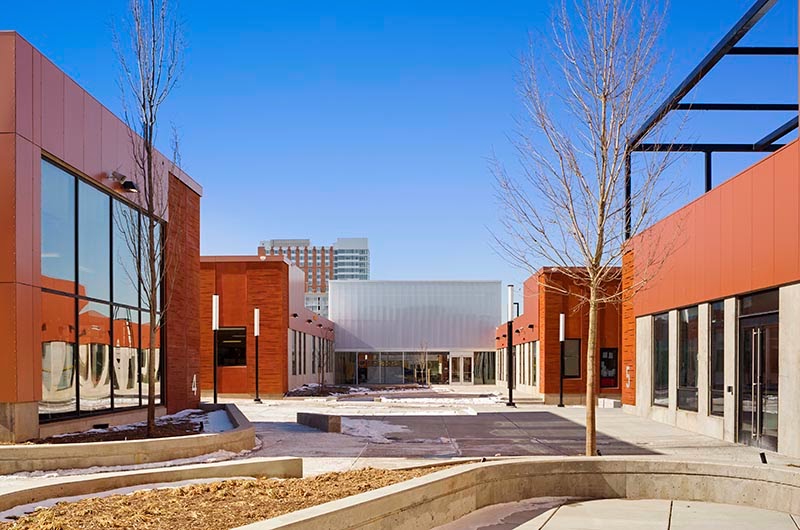 I'm not sure if Rogers and Moutaud intended the above sort of approach to reading the book, but I'm pretty sure they wanted something that spoke to the reader – in a conversational way rather from a position of authority. Reading the book is like having a chat with Rogers, hearing him explain the how and why of each project. In the Henderson-Hopkins School – a great project that was one of the 2014 Buildings of the Year at World-Architects, where I'm an editor – in one chapter he explains the initial idea of maintaining the edges of the two-block Baltimore site, but then, more importantly, describes how "to remain true to this initial concept, we made every subsequent choice based on economy." These and other statements are simple ones (no architectural jargon) that make clear the architect's position relative to the usual considerations: site, program, client, budget, etc.

The stories unfold across the chapters to paint a picture of an architectural office that is commendably focused on the public realm. Many projects are just that, public spaces that are free to occupy. But even in projects like the Henderson-Hopkins School, which many nearby residents may never enter, there is a concerted effort to make it part of its context, to make it a suitable addition to the public realm. Which brings me to the quote that is found on the cover of the partial dustjacket: "It's not about doing things over and over; it's about doing things for the first time, really well." At first I didn't get that quote (and perhaps I still don't get it fully), but after reading the monograph I think I understand why it flies in the face of the conventional wisdom of "at first you don't succeed, try and try again." Doing something, anything requires a particular approach, be it a theory, a concept or some other position. One such approach is focusing on institutional and public work, for example, while another is designing with certain things in mind, like delight and authenticity. Doing something well requires a good starting point, and Rogers Partners certainly has that.