I'm no expert, but I'm pretty sure Japan doesn't have much of a tradition with earth architecture, especially rammed earth construction. Earth Architecture, an excellent resource on the subject, has only eight posts categorized "Japan." Of those only one post is on rammed earth architecture (Loco Architects' now-hard-to-track-down Experimental House), while the rest are on earthenware, adobe bricks and even "shiny mud balls."

Given the above, I was amazed to discover a couple rammed earth buildings designed by Tadashi Saito and his firm atelier NAVE, which I came across at Japan-Architects. Descriptions at Japan-Architects and on the architect's own web page are all in Japanese, but I was able to cobble together the fact that Saito experimented with rammed earth for the 2013 Art Setouchi festival, creating the Zenkonyu x Tamping Earth building. The description at Art Setouchi says:


The Shiwaku islands were once famed for their skilled shipwrights, many of whom also branched out into shrine and house building in the 18th century. Today, however, these skills are almost forgotten. This crew of contemporary Shiwaku carpenters seeks to revive the island’s legacy through various projects. 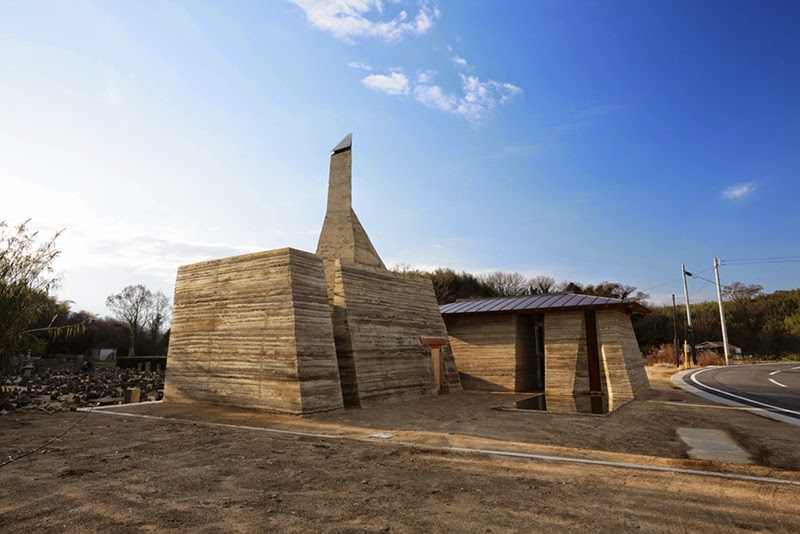 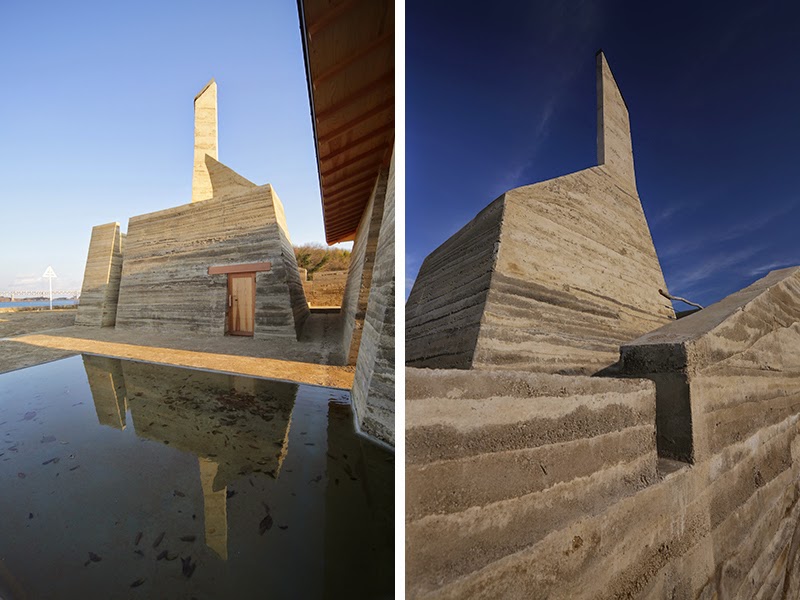 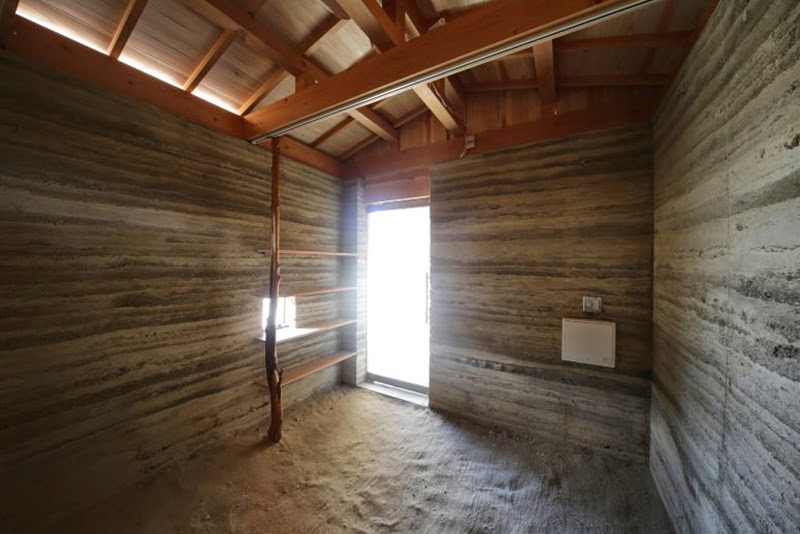 One year later Saito took the learning from Art Setouchi and applied it to a single-story house in Japan's Kagawa Prefecture. The house is part wood, part earth, the latter used for its excellent thermal insulation performance but on a smaller scale than the predecessor. Nevertheless, like the Setouchi installation, the house's rammed earth walls are battered, making it appear fairly massive. 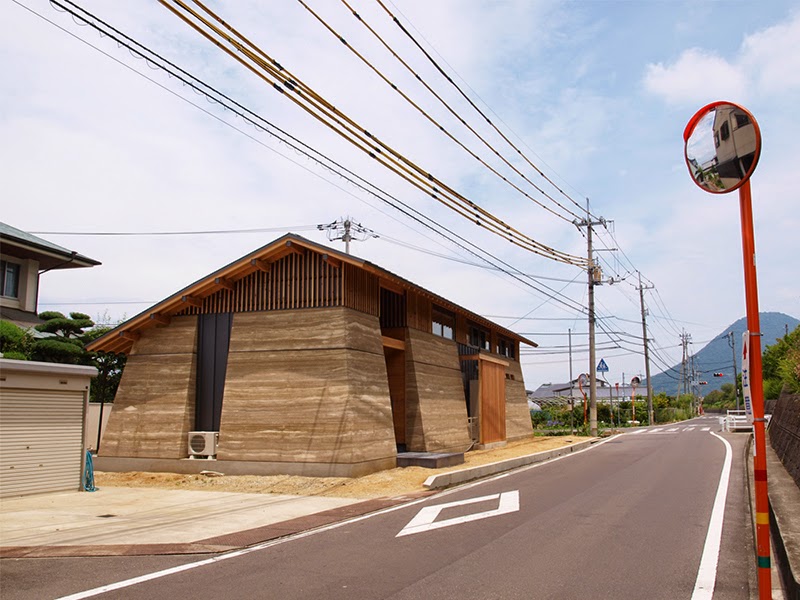 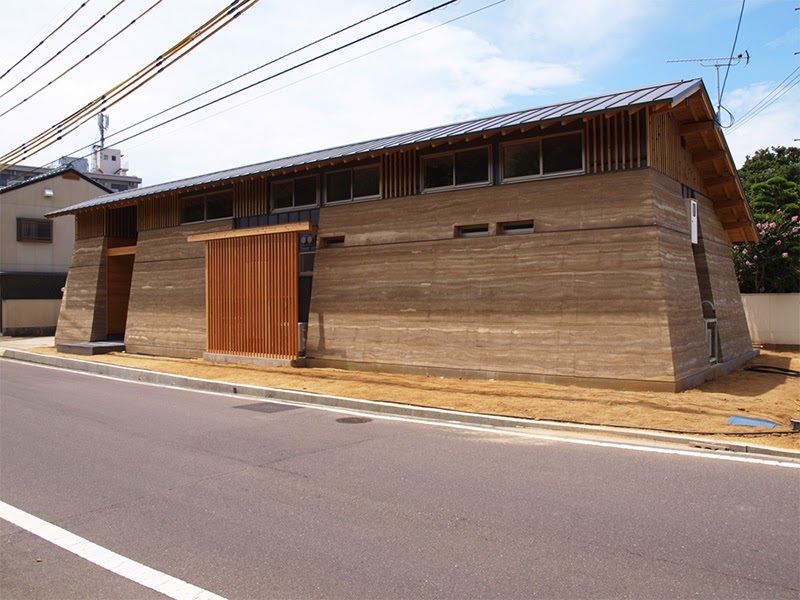 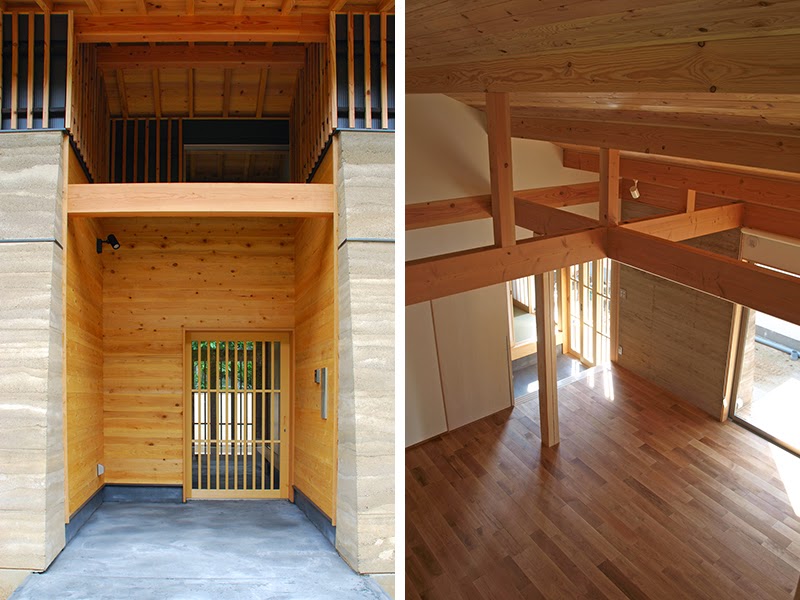