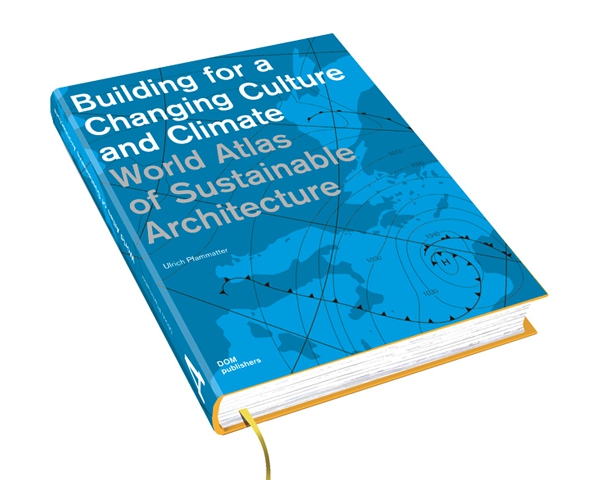 The back cover of this hefty book purports a total of 333 projects in its nearly 600 pages. With so many projects, the question in any book is how to structure them. The words "world atlas" in the title, as well as the weather map image on the cover, point to a geographical structure, but that is not the case. Instead the projects are arranged thematically in a complex, nested array of sections, chapters, subchapters and sub-subchapters. It's a very logical structure that responds to, if anything, how architects work on projects, particularly in regard to site planning and other "big picture" areas. Nevertheless it's a bit unwieldy at times, such that sometimes the structure seems to overwhelm or take priority over the content. 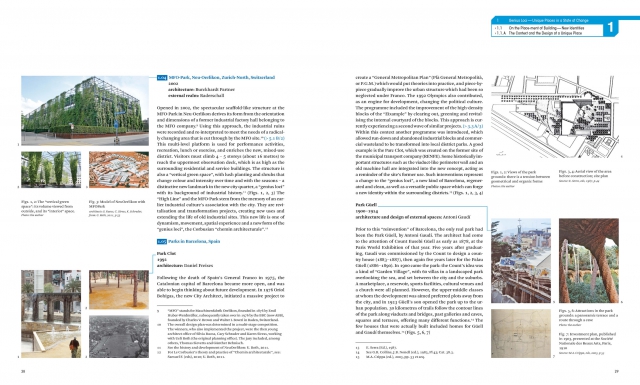 Let's look at one portion from Section 1, Genius Loci - Unique Places in a State of Change (the other sections are Building in Extreme Situations; Space, Structure and the Climate Change; the Nature of Materials - and the Future of Materials Technology; and architectural Memory: Industrial Culture and Transformation Strategies). The Genius Loci section is broken down into three chapters that are numbered 1.1, 1.2, and 1.3, each of them further broken down into three subchapters. So chapter 1.2, Contextual Building Typologies in a Changing Culture and Climate, has 1.2.A, 1.2.B, and 1.2.C. But it doesn't stop there, since 1.2.A, Atria of the Future, to take one example, has three further sub-subchapters: 1.2.A/1, 1.2.A/2, and 1.2.A/3. 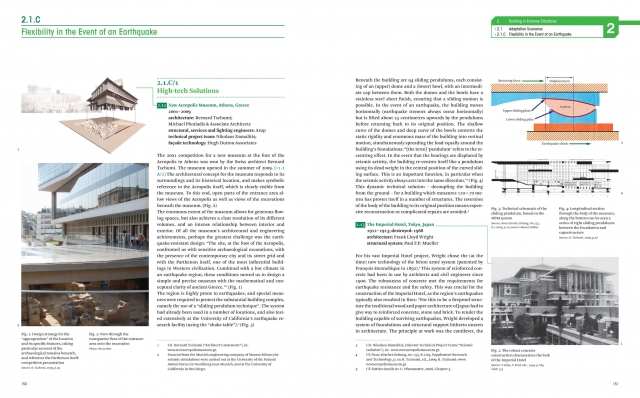 The sub-subchapter 1.2.A/1 is titled Atria as Communication Spaces and has two projects within, each of them numbered: 1.25 is the Genzyme Center in Cambridge, MA, and 1.26 is the Centraal Beheer office building in The Netherlands. To take Behnisch, Behnisch & Partner's Genzyme Center as an example, we see that within its description the project is keyed to another part of the book (3.3.A/1), meaning the project is found in more than one section (I'm not sure if the 333 projects are all standalone projects or involve repetitions). Given that each spread gives the section, chapter, and subchapter in the top-right corner (note that the spreads shown here don't coincide with the pages I'm discussing here), it should be easy to find the Genzyme Center. But the sub-subchapter is not indicated, so it takes a little bit of effort to find it. Given that each project has a number (1.25 for Genzyme, again), why not reference the project number rather than the section? Which is more important, the project or the thematic structure? All signs point to the latter.

Since some projects are found in more than one place, the text and illustrations for them are different, catered to the appropriate thematic section. This certainly makes sense, but if somebody wants to know as much as possible about a single project it should be a bit easier to do so. Instead it's cumbersome and, at times, frustrating. But if readers are more interested in focusing on atria as new communication spaces, for example, then the book works well for them. 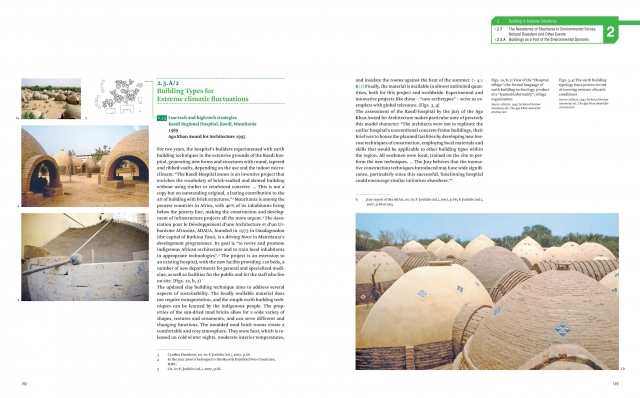 You may be asking, "With all this talk about the structure of the book, how about the content?" I'd have preferred giving more attention to the latter, but my use of the book was stymied by its structure. Nevertheless, I found the descriptions capable but a bit cursory. Those wanting to delve deep into projects of sustainable architecture (a fairly loose definition in the case of what is included here) might be frustrated in discovering information they already know about, but those who are less familiar with the projects in the book will find much to discover and appreciate; the latter is definitely the target audience, though I wish each project entry had references as a launch pad for the former.