A couple years ago I featured some of the illustrations created by André Chiote, an architect who also dabbles in creating "a set of images in which the aim is to simultaneously outline the emblematic and distinctive side of the building while creating a graphic composition whose expression could speak out beyond the building itself." Earlier today he sent me some illustrations of the work of Brazilian architect João Batista Vilanova Artigas, who would have been 100 years old in June. His most well known work is the FAU Center at University São Paulo, a large concrete building with a skylit gathering space at its center. 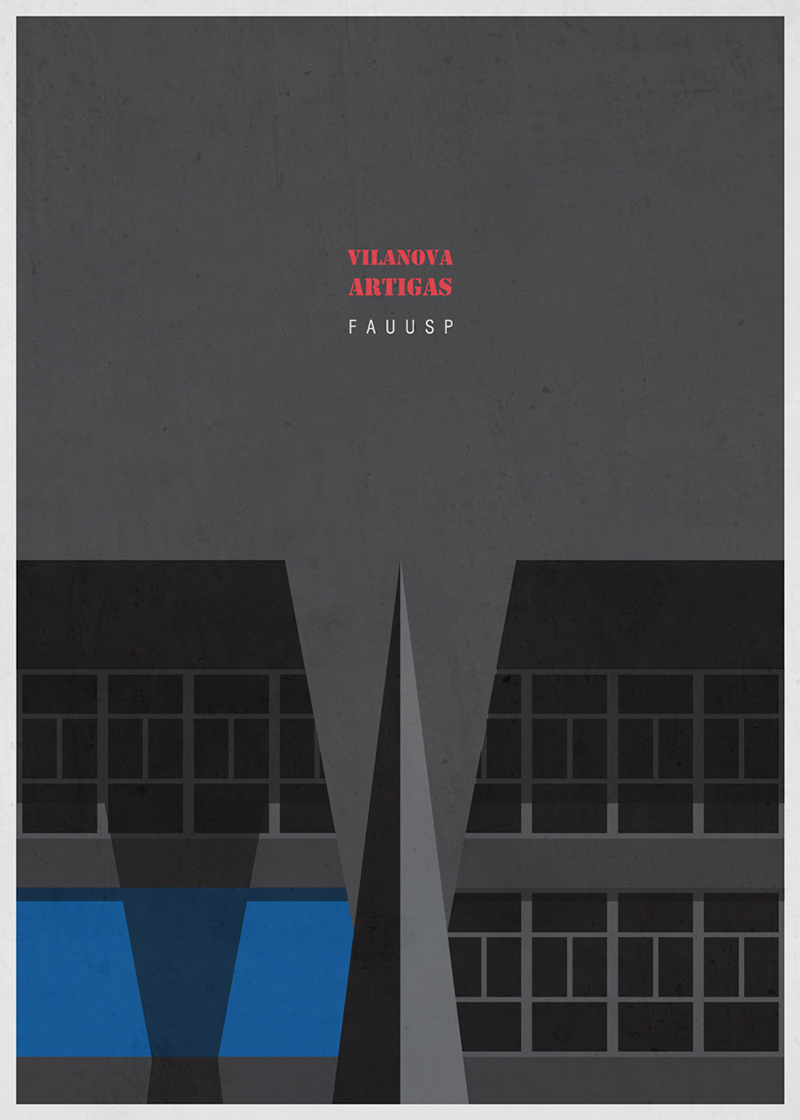 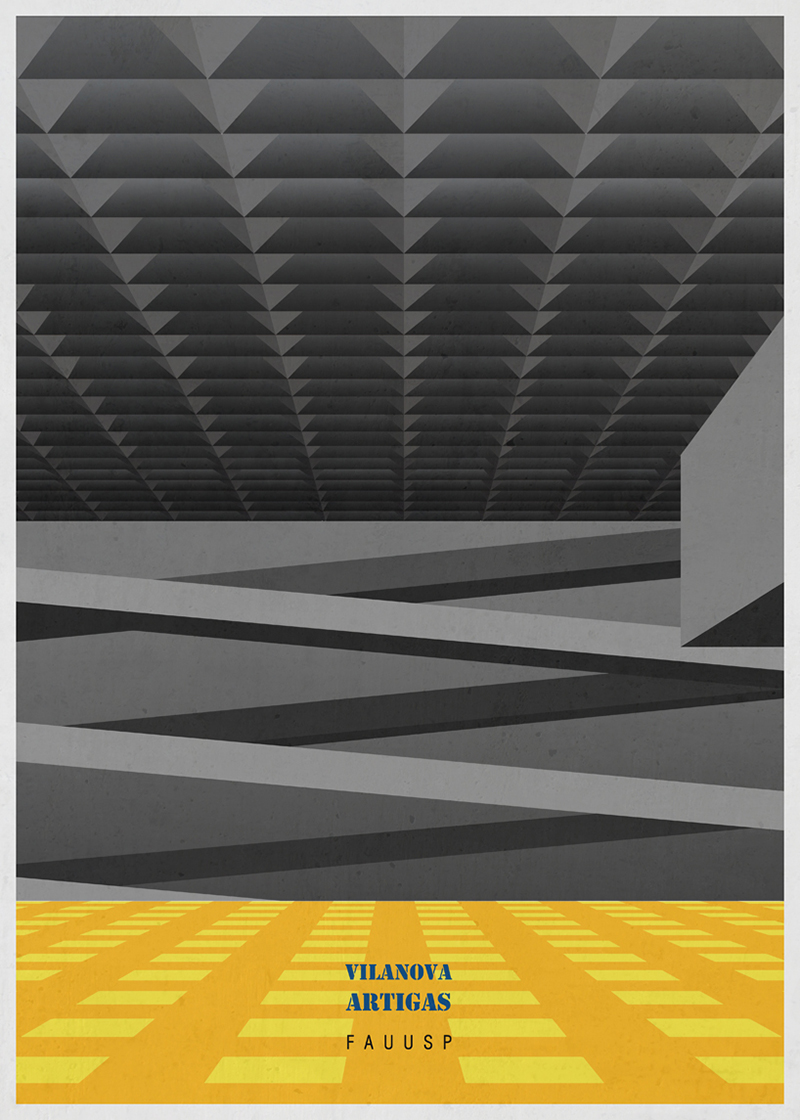 Other notable buildings include the Jaú Bus Terminal: 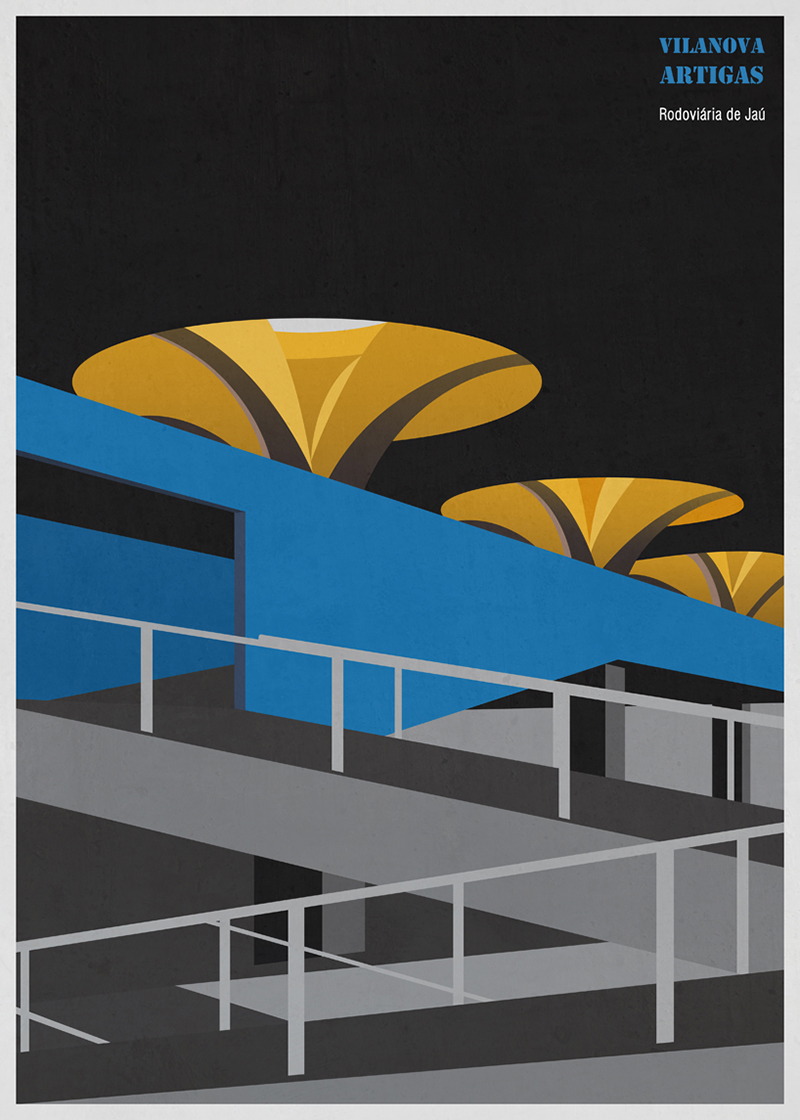 And the Louveira Residential Complex: 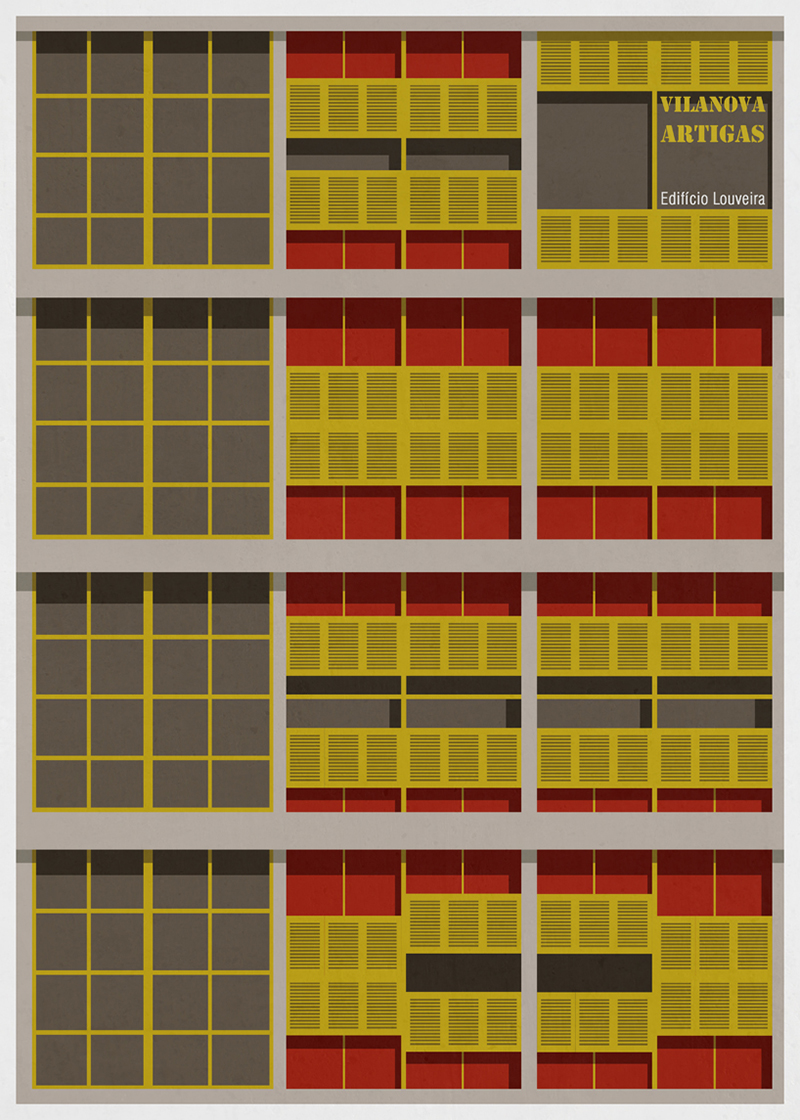