This weekend, September 26 and 27, the Trust for Governors Island and Governors Island Alliance are giving public access to the most anticipated part of the new park: The Hills. The other day I got a sneak peek and include my photos and impressions here. 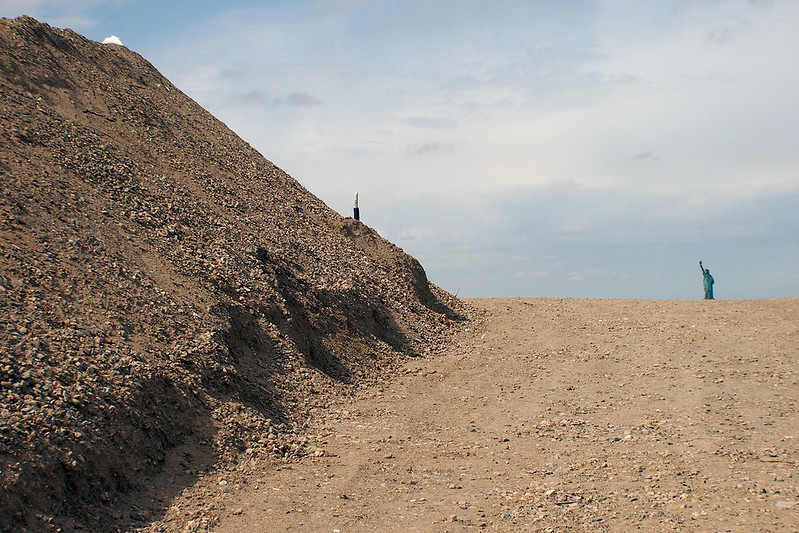 The park design is by West 8 (with Rogers Partners, Diller Scofidio + Renfro, Mathews Nielsen Landscape Architects), which won a 2007 design competition for the park and the island's master plan with a proposal called the "Un-Central Park." One of the most striking images from the win was of the Statue of Liberty peeking out from behind some planted hills:

While the rendering's basis in reality is debatable (Is the statue that high above the water? Will the hills be that high?), the effect is present (more so in Archpaper's photo), even a year before this second phase of the park will be open to the public: 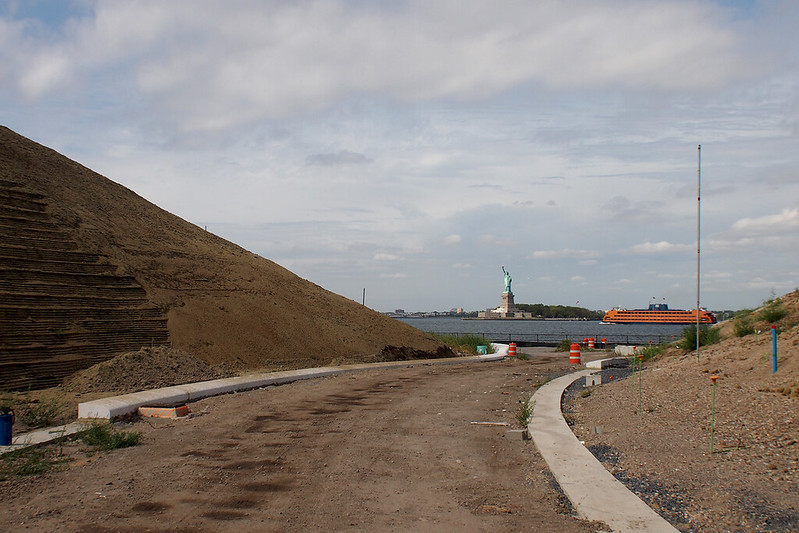 But more than glimpses of Lady Liberty, an in-progress visit to The Hills is recommended for a trek to the top of Overlook Hill, the tallest of the park's four hills; Discover, Slide and Grassy are the names of the other three. From atop 70-foot-high Overlook Hill (that distance marked with the rebar in the photo below), there is a majestic view of Lower Manhattan: 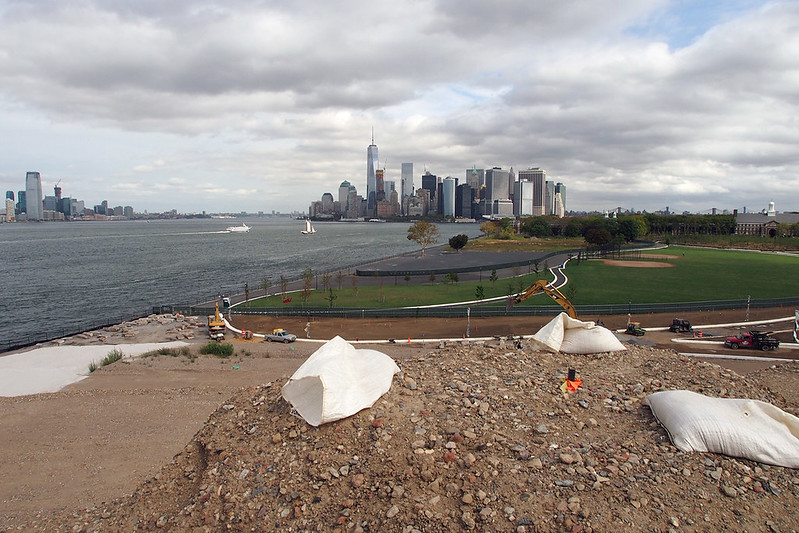 From up there, one can also see Grassy Hill with the northern half of Governors Island just past the park's first phase and Brooklyn beyond: 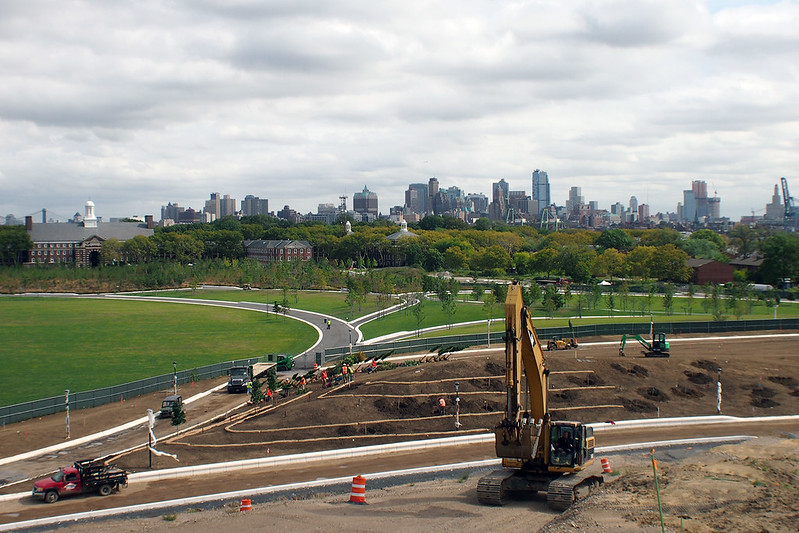 And to the south is a view of Discovery Hill with the Verrazano-Narrows Bridge and Staten Island in the distance: 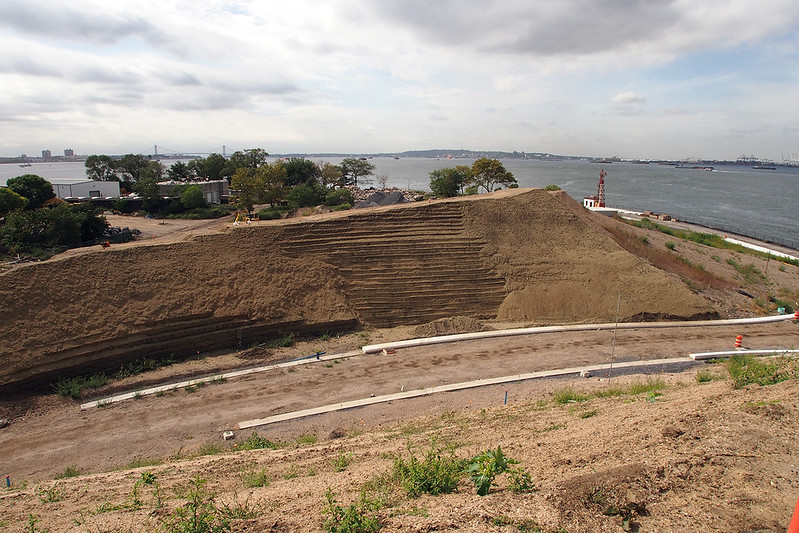 But given the height of Overlook Hill on Governors Island, it's possible to look around for 360 degrees, something that isn't really possible from any other piece of land in New York City. Even though this hand-held video I took (starting and ending in the east with a clockwise motion) is pretty sloppy, it does the trick; if it doesn't get you out to The Hills this weekend, nothing will. 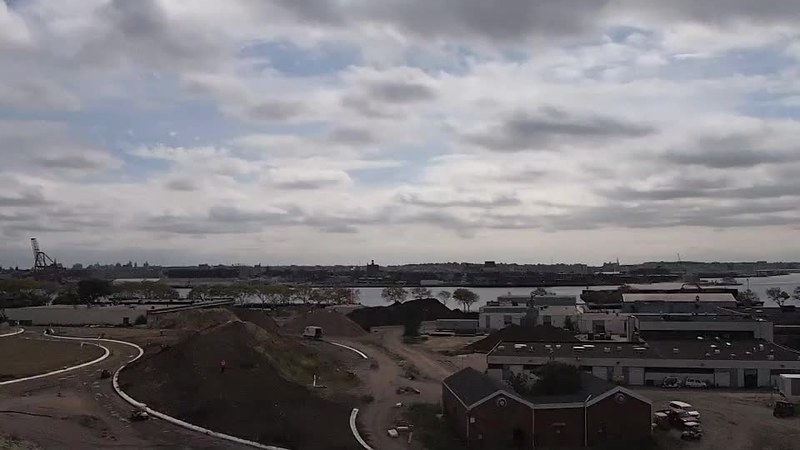