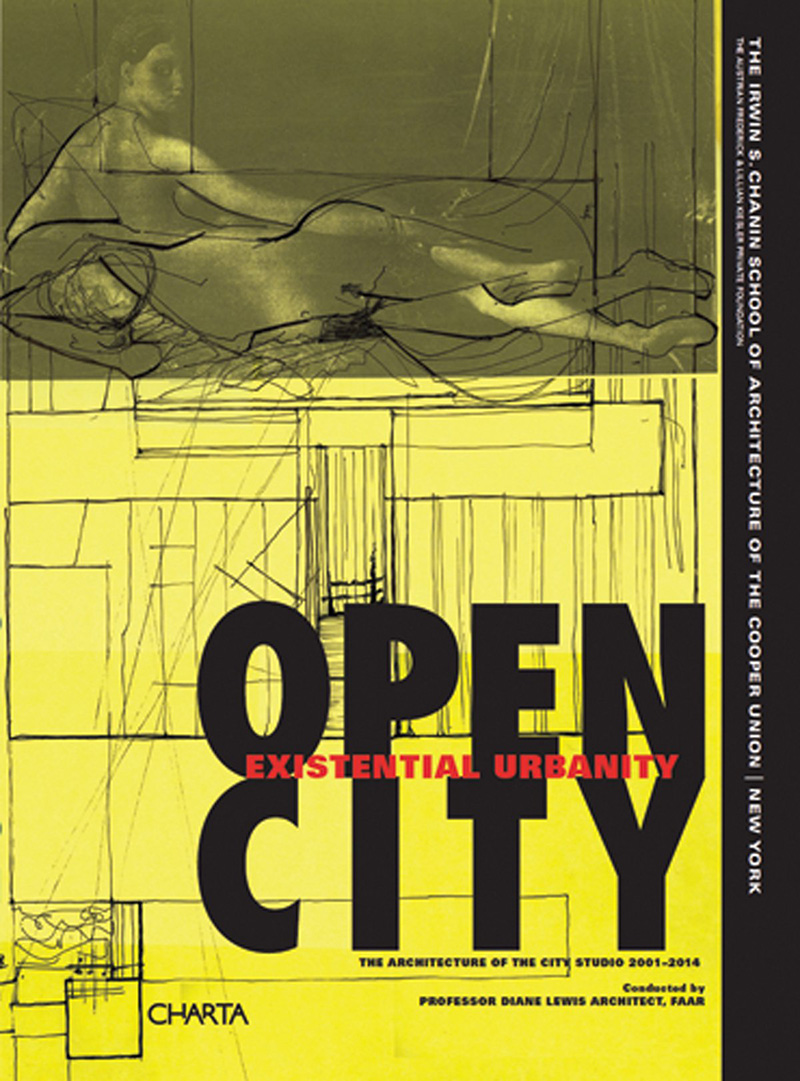 As Peter Schubert states in one of his contributions to this collection of thirteen years of fourth-year "Architecture of the City" studios at the Cooper Union in New York, the first studio represented "coincided with the destruction of the World Trade Center." He admits that "the memory of that event is ever-present" and that he and others are "grappling with the human tragedy" and how it has "affected definitions of civic identity in the United States." I bring up his quotes (found on page 132, a third of the way through book) because the book's publication and celebration (see the bottom of this post for information on some events happening later this week) coincide with the attacks in Paris. Although the scale and architectural implications of these two events fourteen years apart varies widely, I can't help but think that any attack on cities is an attack on the civic and its meaning. And likewise the civic – public institutions, spaces for gathering, places of community, and so forth – needs to be defended, be it under attack directly or not. Just as Charles Moore prophetically wrote, "You have to pay for the public life," today, "You have to fight for the city's civic spaces."

If there is anybody leading that fight in academia it is Diane Lewis, who leads the "Architecture of the City" studios at Cooper Union along with Schubert, Daniel Sherer, Mersiha Veledar, Daniel Meridor, and other regulars. Each one of the studios compiled in this hefty, atlas-sized volume is aimed squarely on analyzing a part of the city and designing a civic amenity for it. In most cases the city is New York, be it the blocks around Cooper Union's East Village home, the Bowery, Midtown Manhattan, or Lower Manhattan in the aftermath of 9/11. In some cases the city is elsewhere, such as Berlin, New Orleans or Rome. The civic amenities are highly varied, coming from the students themselves or a laundry list offered by the professors: a library, a kindergarten, a museum, an opera house, a clinic, a chapel, a "place for immigrants," or a place for political asylum. You won't find high-end retail, tech-company offices, apartments for hedge fund billionaires, or private schools; these are the places that some people in the city want, not the places that the city needs.

A unique aspect of the studio, and the Cooper education as a whole, is its structure. Instead of the studios being taught by one professor (the norm at most architecture schools, and for me as both a student and professor), they are taught by up to five or six professors – "team teaching" is the phrase. These include the roster listed above as well as guests, such as Calvin Tsao and Roger Duffy. According to Lewis, this tactic removes notions of style from the process, but more importantly it imbues the students with critical thinking: "These studios introduce the discomfort necessary to enter an understanding of critical practice." It's no wonder that many Cooper alumni have gone on to form notable practices, evidenced by a look at the roll-call in the first two collections of studio work: Education of an Architect: A Point of View from 1971 and Education of an Architect from 1988 (the latter was an indispensable tool for my undergraduate studies in the early 1990s, mainly for the amazing drawings and models). With time, some of the names in the last thirteen years will be as recognizable as Elizabeth Diller, Stan Allen and Toshiko Mori.

In regards to the drawings and models parenthetically mentioned above, Open City is entirely hand drawings, models and text, just like the two Education of an Architect books that preceded it. This fact is remarkable given the way computers have infiltrated architecture studios; to not see computer renderings and laser-cut models in a fourth-year design studio is a bit like taking a step back in time. More importantly, seeing the hand drawings and models in this book is to witness intention, realized by marks on the page or the cuts and connections of a model. Much of this stems from Lewis's ideas on a close reading of the city, particularly through plan, but it can also be seen as a way of fostering the psychological connection between the city, the students (their minds and bodies) and their designs. After all civic spaces are lived, so it is necessary to imbue them with meaning through experience, poetry, history, and understanding, all evident in the projects filling this rewarding book.

In celebration of the publication of Open City: Existential Urbanity, a number of events are being held later this week and over the weekend: