The Case of the Disappearing Air-handling Units

Blair Kamin's article of December 5th, "Doctored photo raises questions about ethics in architecture contests," is like one of those catchy, yet slightly annoying pop songs – it has stayed with me for the last week and a half, even though I have issues with his conclusion. The main point of the article is that architects and architectural photographers should honestly portray buildings that are being judged for awards on the basis of those photos.

An AIA Chicago Award given to JGMA's El Centro project was the basis for Kamin's critique. The building is striking for the way it curves to follow the Kennedy Expressway and articulates the facade with angled fins that are blue on one side and yellow on the other. It's as if the building was designed to please the motorists zipping by on the expressway. With this in mind, it's obvious to know which of these two photos from the article is the doctored one and why it was: 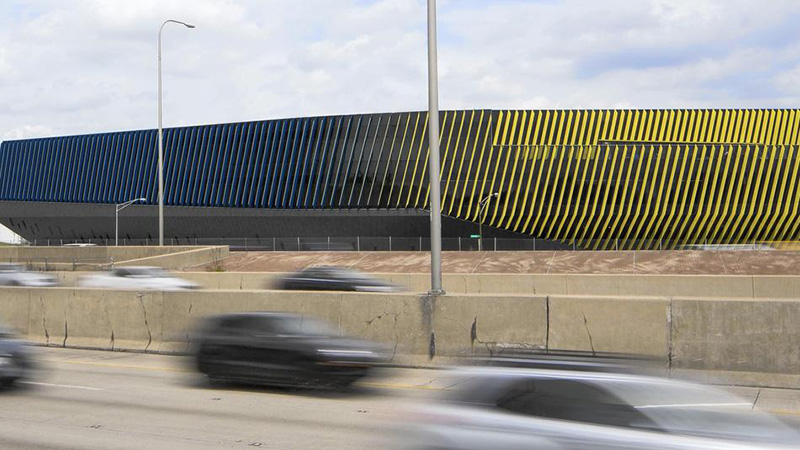 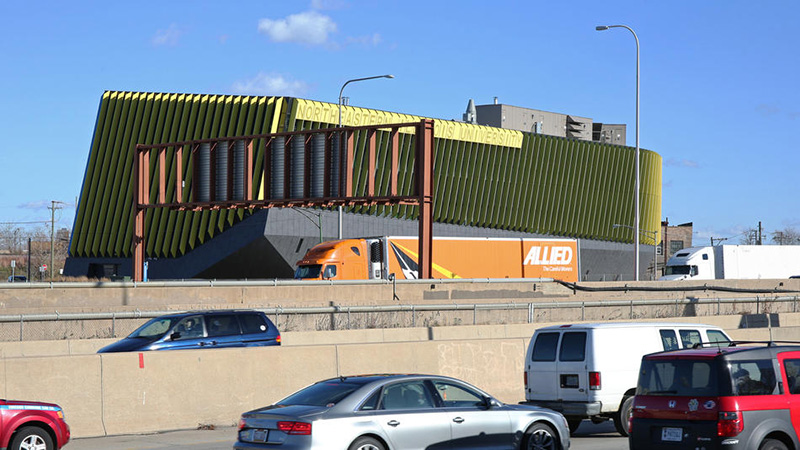 Yes, those rooftop mechanical units are an eyesore that are magically missing from photographer Tom Rossiter's photograph that was part of the awards submission. Rossiter removed them with Photoshop, though it's not clear from Kamin's article if he did it at the urging of the architect, Juan Moreno, or not. What is clear, based on the quotes of jury members that Kamin contacted for the article, is that the editing went too far – far enough that the building might not have received the award if the view was represented truthfully.

Now, I agree that this Photoshop manipulation went too far, but I don't agree that the building would not have been deserving to win an award because of this manipulation. Take the fact that Kamin's own 2014 review of the building, which he obviously saw firsthand, did not initially include mention of the air-handling units; they were brought to his attention by a reader and included only in the online article. This says to me two things: 1) those units are not (as) evident close to the building; and 2) our brains don't pay attention to those units when seeing the building from the Kennedy.

In regards to #1, I have visited the building and can attest to that. Although I don't have access to the photos I took of it, here is a Google Street View of the contested elevation seen from the frontage road next to the Kennedy:

The units poke above the roof slightly, hardly attracting attention to themselves, and therefore easily overlooked by architecture critics.

In regards to #2, on a number of occasions I have seen the building from the Kennedy, and while, again, I don't have access to any of my own photos, this is where having a photo doesn't help. On each instance that I zipped by the building – be it driving downtown or in the other direction, be it as the driver or as a passenger – I either didn't notice the units or they did not plant themselves in my memory in any lasting way. This is not a personal defect; this is linked to how our brains work and how the building is designed. The human brain does not process and therefore memorize everything we see; instead it is focused on a very narrow realm in the center of our field of vision (somewhere I read a 15-degree cone). In the case of driving by El Centro – something that lasts about 5 to 20 seconds, from what I recall – my attention was always focused on the angled fins. How couldn't that be the case, given their colors and the way they change on passing?

So here is a case where the building's positive attributes need to be experienced to be appreciated. An honest photographic representation does not capture the experience, because instead of the cars zipping by, as in Rossiter's doctored photo, we are zipping by, which changes everything. What Moreno and Rossiter should have done to maintain their honesty and integrety, given the assumption that the jurors would not know the building firsthand and would be basing their judgments on photographs, was to carefully choose the (honest) photographs that capture the building's good qualities and play down its bad ones. A photo from the frontage road would capture this elevation and its relationship to the road as well as a view from across the Kennedy.

Architects and photographers are selective in their views all the time. Take the Museum of the Moving Image in Astoria, Queens, near where I live. The top photo is from architect Thomas Leeser's website and the bottom one was taken by me on the way to work this morning: 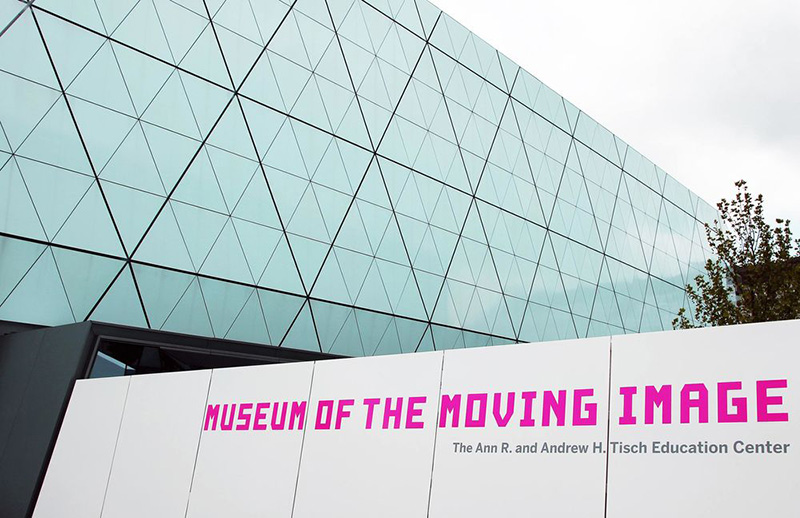 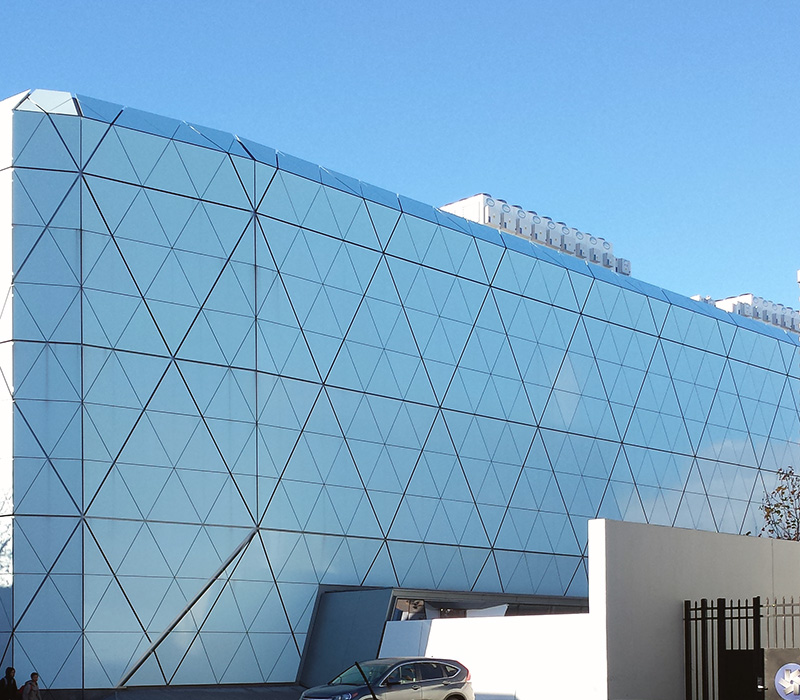 A few steps closer and the angle of the facade omits the rooftop units – no Photoshop necessary.

Ultimately, the point with dissecting the JGMA building and, to a lesser extent, the Leeser building, is not about representation, but about design and the role of mechanical engineering. Do all buildings need such large rooftop units? Can buildings be designed in a way that the size of the units is reduced and their placement reduces the impact on a building's exterior appearance? I know it's not easy to deal with these and other units (rooftop screens are often the first thing to go in value engineering, for example), but it should be the goal of every architect to design buildings that are not marred by the mechanical engineer's contributions.
Email Post