7 Pritzker Laureates on the 'Challenges Ahead for the Built Environment'

"Challenges Ahead for the Built Environment" was the name of a conversation that took place at the United Nations on Tuesday evening, one day after Chilean architect Alejandro Aravena received the 2016 Pritzker Architecture Prize, also at the UN. (Watch a video of the conversation at UN Web TV.) The superstar panel consisted of Aravena, Christian de Portzamparc (1994 laureate), Renzo Piano (1998), Glenn Murcutt (2002), Richard Rogers (2007), Jean Nouvel (2008), and Wang Shu (2012). 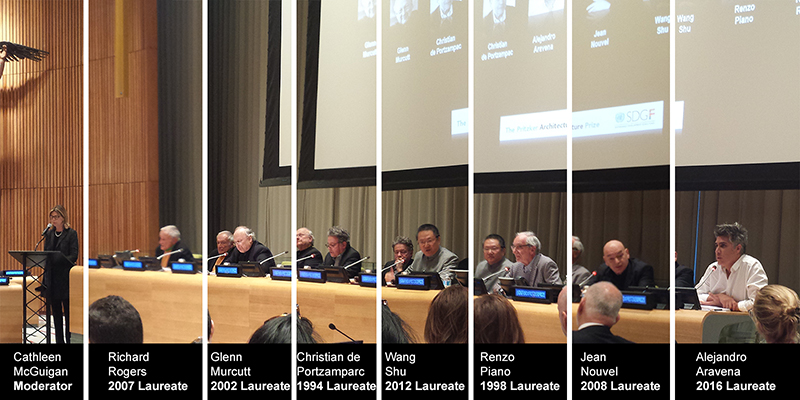 [Montage of photos as each laureate gave their comments | Photos: John Hill]

Zaha Hadid (2004) was slated to attend, but outside of moderator Cathleen McGuigan's brief comment at the outset of the event, nothing was said about the Pritzker Prize winner less than one week after her death. Beforehand I thought her absence would color the proceedings greatly, but in retrospect I'm not surprised it didn't; this was Aravena's event, and his brand of socially conscious architecture is at odds with Hadid's and partner Patrik Schumacher's fluid formalism.

The evening unfolded in a fairly straightforward manner, with each Pritzker laureate given three minutes to respond to the question: What is the main challenge ahead for the built environment? These are their responses in a nutshell, moving from left to right in the above photo montage, the way the evening unfolded: 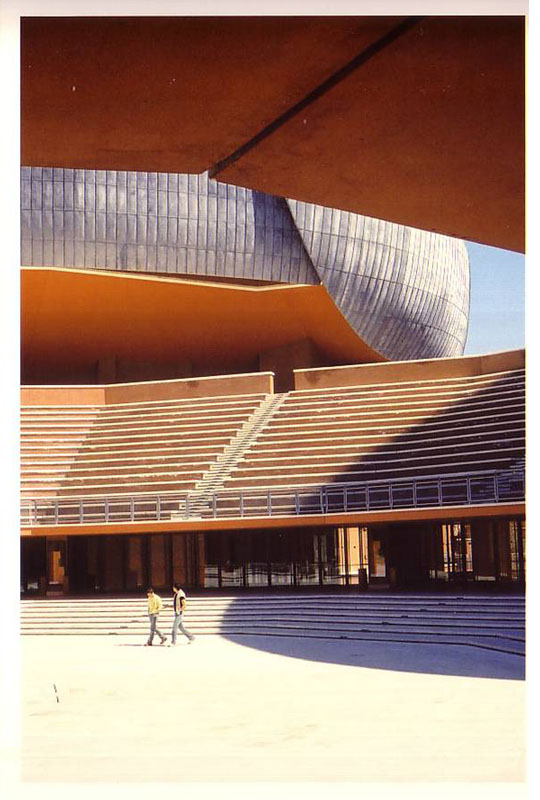 Of course, all of the architects went over the allotted three minutes, so the Q&A discussion that followed was fairly short and didn't add much beyond their initial responses. One recurring comment though had to do with technology and the role of computers in design. Some of the participants, especially Murcutt and Piano, expressed severe skepticism in the use of computers in architectural design, especially the renderings that are rampant today. "Don't trust simulation" was Piano's statement that ended the night, referring to the flawed approach in making images and getting seduced by them over making architecture – not one of the biggest challenges facing the built environment, but important nonetheless.
Email Post