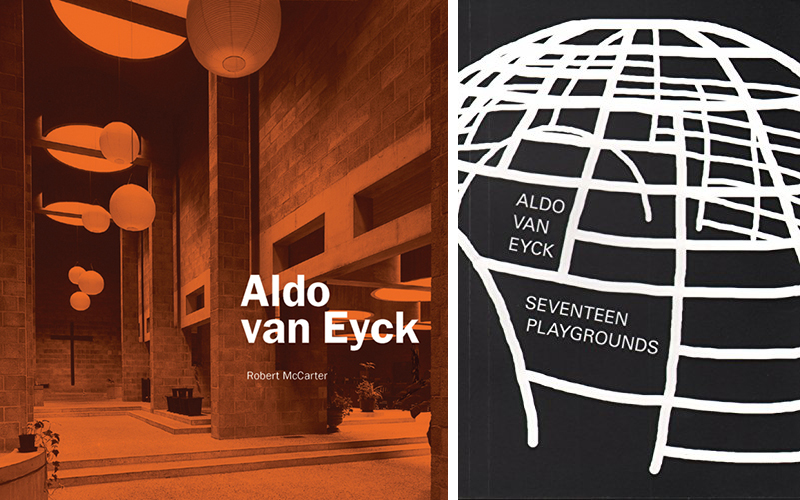 This Van Eyck gap in my undergraduate education can be chalked up only partly to his portfolio, which had one masterpiece (the Orphanage) alongside lots of temporary playgrounds and numerous lesser known works. Mainly it had to do with Van Eyck being an "in-between" architect, one whose ideas and buildings did not fit neatly into the modern or postmodern camps that received the most attention from critics and historians. Robert McCarter, in his thorough historical monograph on Van Eyck, puts it this way: "Van Eyck was always standing in-between, always critical and, as a result, always a school of one, which left him open to attack from both sides."

Although I can't signal the first occurrence of Van Eyck in my learning as an architect, his words and images of his buildings slowly seeped into my psyche over the years. Last year, when I was hired by an architecture firm to contribute an essay for a potential future publication, their work immediately brought to mind Van Eyck, not because of any formal similarities, but because of shared views on belonging in the world. A quote by Van Eyck seemed fitting:


There are two fundamental kinds of spatial sensation that are compatible with man’s primordial nature. ... There is the spatial sensation that makes us envy birds in flight, there is also the kind that recalls the sheltered enclosure of our origin. Architecture will defeat its own end if it discards either the one or the other of these great human aspects.

These words get at two important aspects of Van Eyck's writings and buildings: he had a strong grasp on understanding human nature; and he was cognizant of the importance of (deep-)history. The first aligned him with modern architecture, while the latter brought him closer to postmodernism. Hence the confusion with writers tackling his work and hence the deficiency in books about him.

With this in mind, these two books, albeit different in approach and content, are refreshing jolts of Van Eyck. Both are highly recommended.

Robert McCarter, who released two other monographs last year (one on Herman Hertzberger, a disciple of Van Eyck, and one on Steven Holl) ambitiously tackles Van Eyck's life and work, moving from his early education in England all the way to his last building, the Court of Audit in The Hague, completed in 1997, two years before his death. A professor at Washington University in St. Louis, McCarter adroitly navigates the complexities and confusions of Van Eyck's career. The chapter names hint at his focus on ideas: "The Vernacular at the Heart," "The Aesthetics of Number," "The Shape of the In-Between," and so on. The author's descriptions of the buildings and playgrounds are fairly dry (thankfully there are lots of photos and drawings), but the book excels when he describes the intangibles: the ideas found in Van Eyck's writings, the conferences he attended, the travels he took, and the classes he taught. 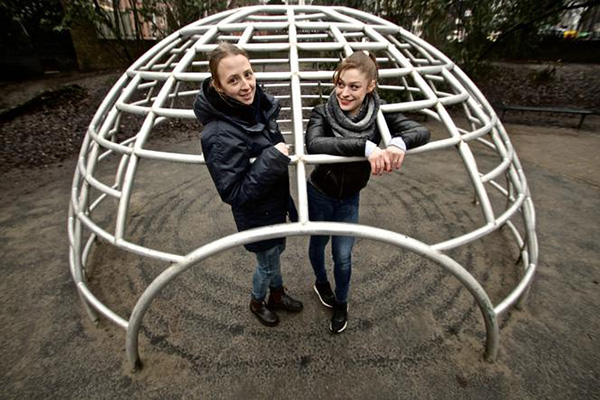 Anna van Lingen and Denisa Kollarova, on the other hand, focus on one aspect of Van Eyck's "in-between": the playgrounds he designed for underutilized spaces and spaces damaged during the war in Amsterdam. From 1947 until 1978, both as an employee of the Urban Development Department of the city's Department of Public Works and on his own, he designed hundreds of playgrounds, many of them as temporary interventions in spaces that would later receive development. The antithesis of the cheap, plastic, overly safe, cookie-cutter playgrounds that now prevail all over the world, Van Eyck's playground designs were highly site-specific, incorporating elements (sand pits, seating, climbing structures, etc.) that were open-ended rather than prescriptive or limiting – designs truly for children.

The authors, graduates of the Gerrit Reitveld Academie in Amsterdam, became infatuated with Van Eyck's designs and searched out any remaining playgrounds, most of which have been modified over the decades but still have traces of his original designs. Their small (pocket-sized), well-designed book documents and maps the seventeen playgrounds they discovered. But instead of being a straightforward guidebook, the text accompanying each playground describes a different aspect of Van Eyck's playground designs: "Non-Hierarchical Compositions," "The Climbing Mountain," and "Playgrounds Today," to name a few. The last points to the main idea of the book: protecting the few extant playgrounds by drawing attention to their designs, locations, and qualities.