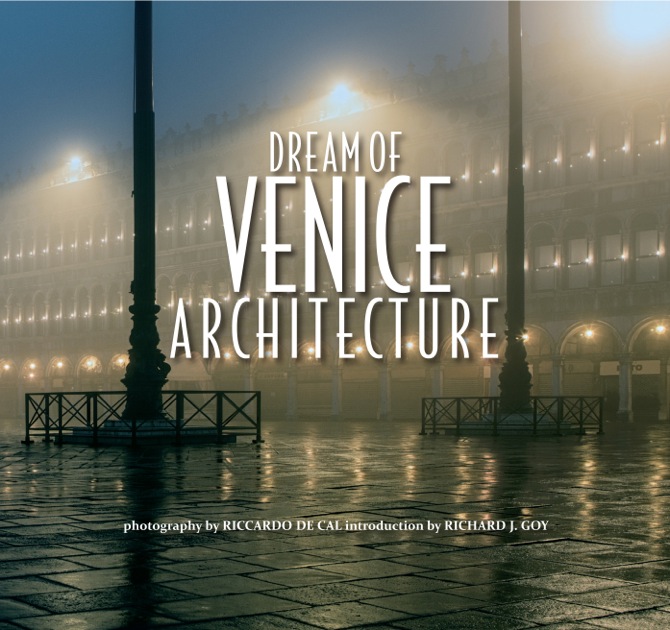 About a week before I went to Venice to cover the Biennale for World-Architects I received this book in the mail. It is the second "Dream of Venice" book, following plain old Dream of Venice from 2014. I have not seen the earlier book, but from its description on the Bella Figura website it sounds similar to the new one: "luminous photographs complement the intimate thoughts, memories, poems and stories of notable contributors from the worlds of art, literature, design, cuisine, music, and filmmaking." Dream of Venice Architecture does the same, but with a clear focus on architecture, with contributions by Tadao Ando, Mario Botta, Cynthia Davidson, Massimiliano Fuksas, Jonathan Glancey, Frank Harmon, Jürgen Mayer H., Robert McCarter, William Menking, Witold Rybczynski, Annabelle Selldorf, Thomas Woltz, and many more architects, writers and others in the realm of architecture.

The book is presented as the contributors' short texts or "dreams" accompanied by Riccardo De Cal's photographs. There isn't always a 1:1 relationship between text and image, but in most cases the two are aligned remarkably well. Architect Michael P. Johnson, for instance, describes Carlo Scarpa's Monument to the Female Resistance Fighter, located in the waters near the Giardini, while De Cal's photo captures the steps and sculpture in a fog, punctuated with a couple seagulls flying by. Not surprisingly, given the focus on architecture and that proceeds from the book are going to the Foundation Querini Stampalia, Scarpa permeates the book. He is the ultimate Venetian modern architect (the only one?) and any architect visiting Venice has to visit as many of his projects as possible, including the Monument and Querini Stampalia, but also the Olivetti showroom at San Marco (now a museum that charges 5 Euros admission), the entrance to IUAV, the Ca' Foscari, and the Venezuelan pavilion inside the Giardini.

More than Scarpa, though, most of the contributors describe Venice, the city. Its appeal is obvious, since there is nothing else like it on earth, but the ways of describing it are infinite. Just think of Invisible Cities, Italo Calvino's unending ways of describing Venice through the imagination (that book makes at least one appearance in Dream of Venice Architecture). Descriptions here are multifarious, but what interests me the most are De Cal's photos accompanying the flights of fancy on the city of canals and Gothic buildings. For when I think of my trips to Venice, they all happened in the spring and summer, when the weather was agreeable and the sun was shining. De Cal's photos, on the other hand, reveal Venice in the fog, at night, when it is damp, dark and free of throngs of tourists – only a few shots reveal the sun, but only at dawn or dusk and on the side of a building or reflected in a canal. The dampness of the buildings in his photos (sometimes literally damp, sometimes just saturated with color and texture) makes me think of Joseph Brodsky's Watermark, which is all about Venice in the winter, when it is unavoidably cold and damp. In my mind the winter Venice – that of fog, cold, and relative emptiness – is what spawned the masked celebrations the city is known for; they could hardly have come about from the sunny, warm spring and summer. Venice in the winter is, if anything, the Venice of my dreams, and therefore the one, thanks to this book and Brodsky's, I'd like to experience next.