The other day I saw a commercial for An Act of God, a "critically acclaimed production" on Broadway that stars Sean Hayes. What caught my attention was the set: 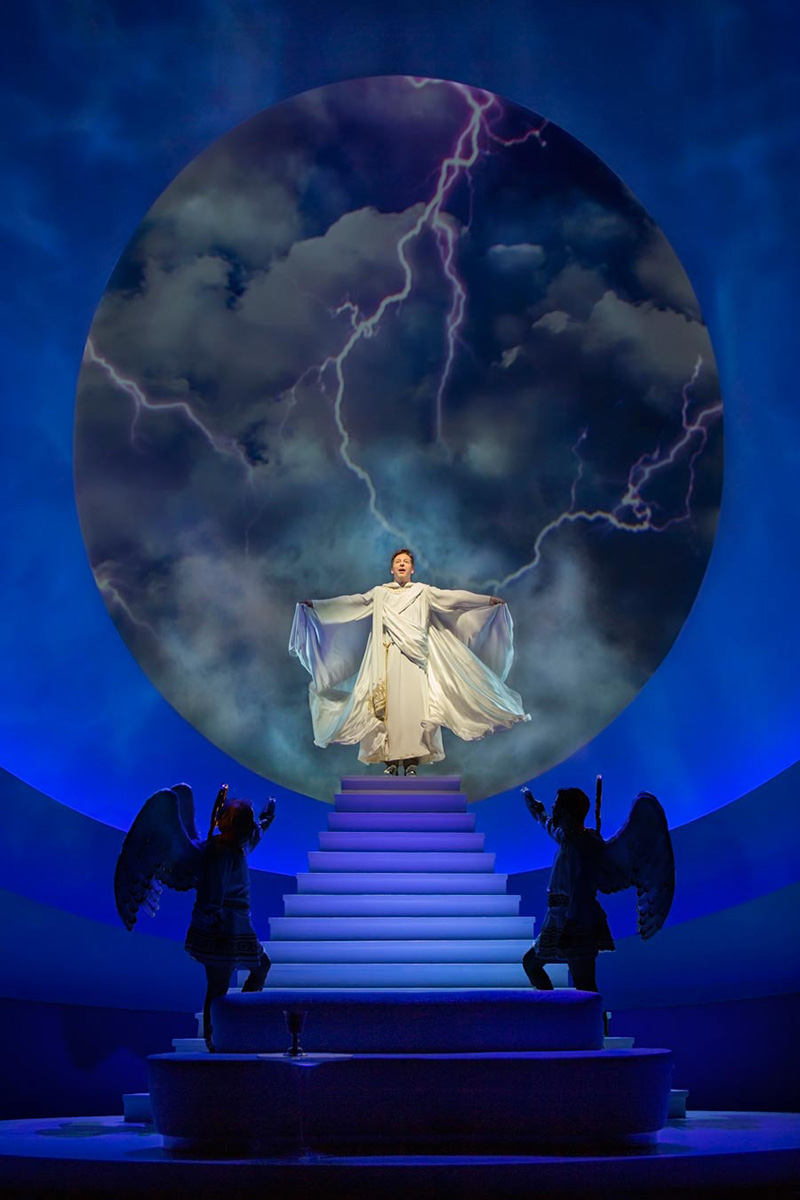 As described at The Hollywood Reporter, and with my emphasis, "Designer Scott Pask might have been inspired by light-and-space artist James Turrell in creating God’s foyer, a staircase ascending through arcs of pastel shades ... to a circular opening on brisk-moving clouds against a crisp blue sky." There's no might about it! The set is a blatant rip-off of Turrell's East Portal at Roden Crater: 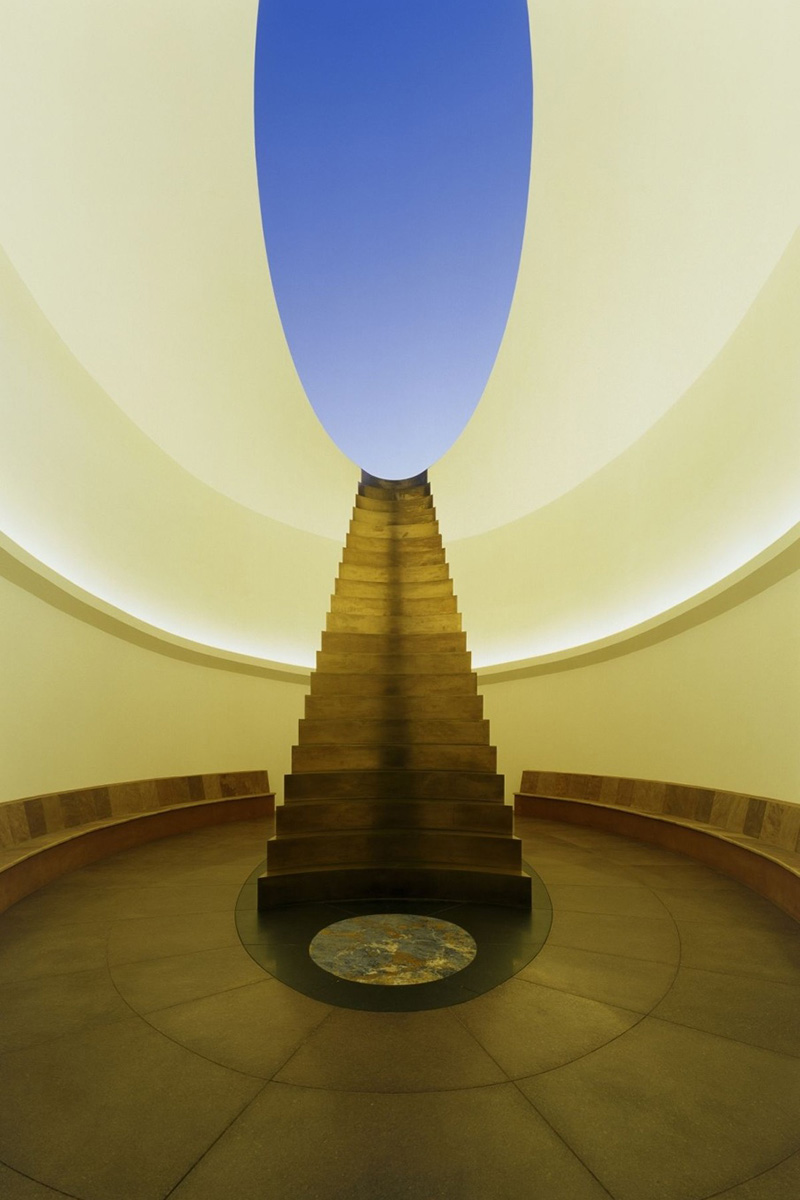 This borrowing of Turrell's distinctive melding of space and light without any apparent credit (none that I can find at least, though most articles mention the similarities to the set and Turrell's work) is part of a larger trend of the artist's imagery being co-opted by others. Remember, just last year the internet asked if Turrell designed the sets for Drake's "Hotline Bling" music video (comparison via Hyperallergic): 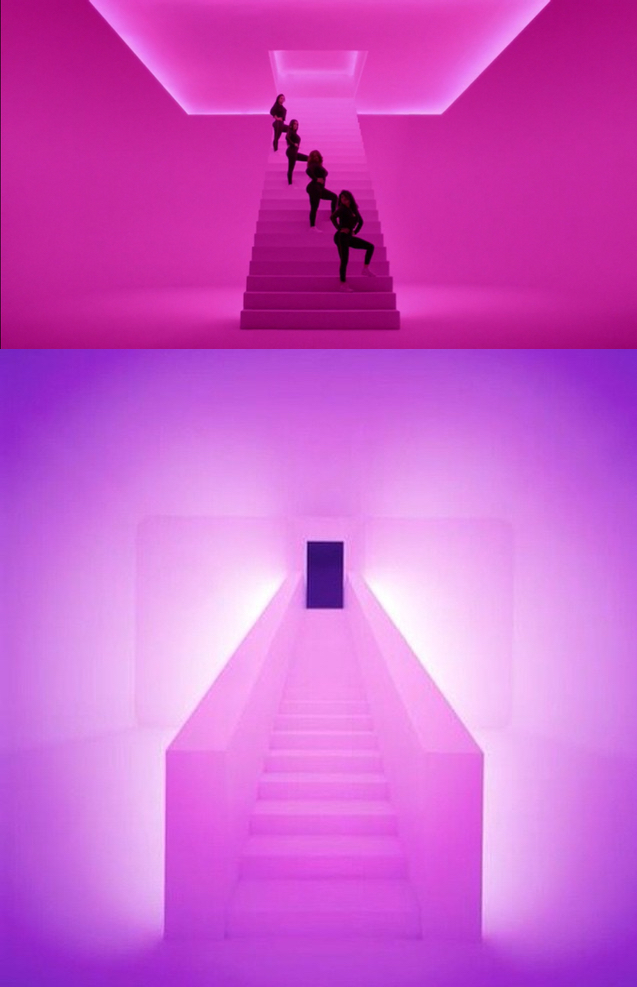 In case you were wondering -- Turrell didn't.
Email Post