The most intriguing thing about the winning design in Gensler's in-house ideas competition on what to do with the site of the Chicago Spire – the ill-fated Santiago Calatrava-designed tower in Streeterville – is the way the Gateway Tower, as it's called, touches DuSable Park to the east of Lake Shore Drive. 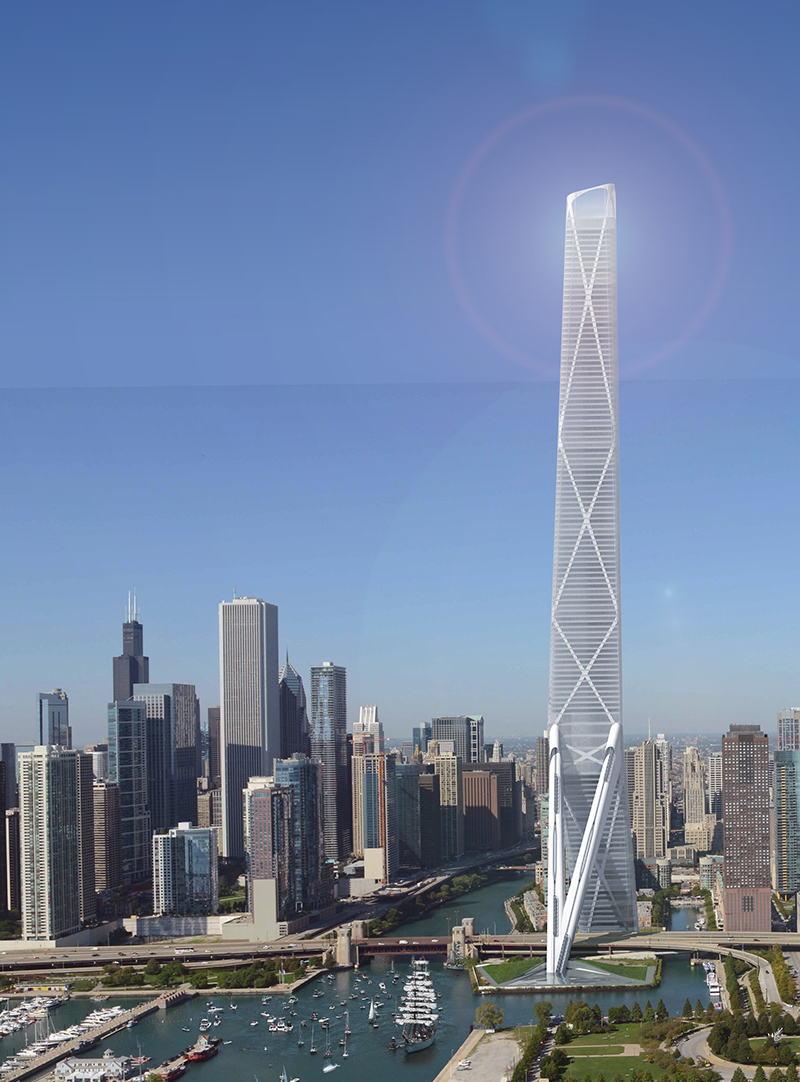 [Rendering of Gensler's Gateway Tower seen from the east]

Although the Spire's hole has been sitting empty since 2008, DuSable "Park" – 3.3 acres of inaccessible, undeveloped lakefront land – has been empty for much longer, since at least 1987 or 1988 when it was dedicated as the future park: 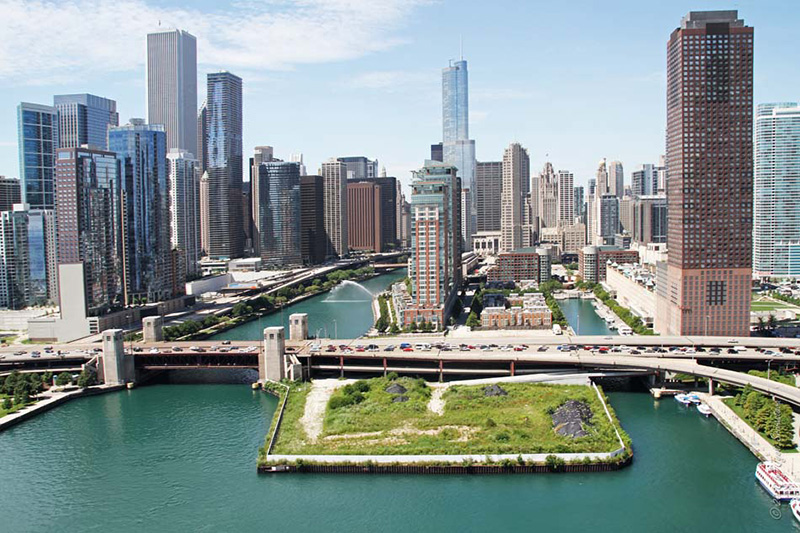 As part of the Chicago Spire's construction, DuSable Park would have been used as staging for the 2000-foot-tall tower's construction and then turned into a park per a design by Calatrava – though not a very inspiring design based on this model photo and plan:

Earlier attempts were made to do something with the land, such as using it as a parking lot (floated by a developer in 2000 but never carried through) and Laurie Palmer's 3 Acres on the Lake public art project: 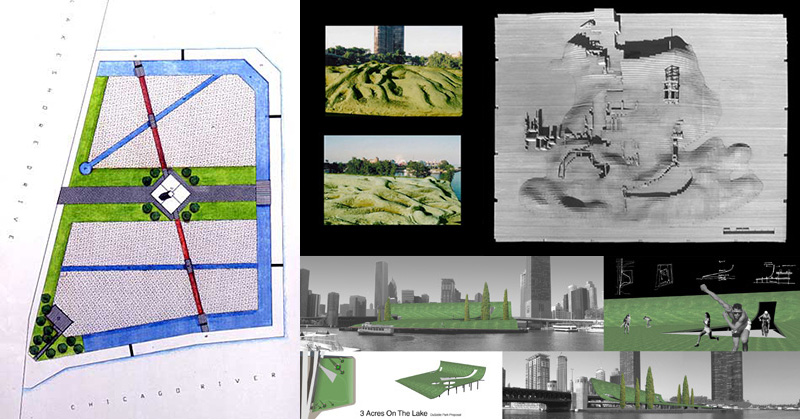 Ironically, recently there was a berm with trees added to the west side of the Spire site, meaning that more landscape work has been done there in a few months than at DuSable Park (outside of environmental remediation) in 25 years: 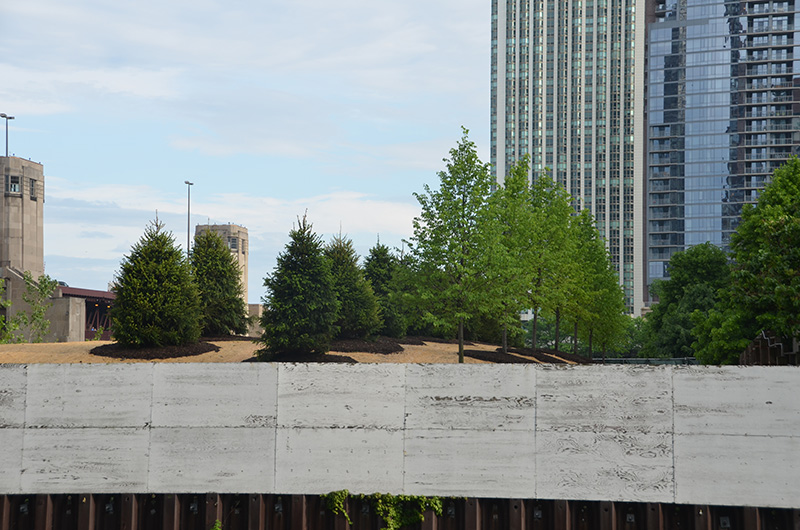 Getting back to the Gensler proposal, the Gateway Tower proposal design at DuSable Park includes a pool and a funicular ascending the V-shaped "structural leg" that ascends about 30 floors: 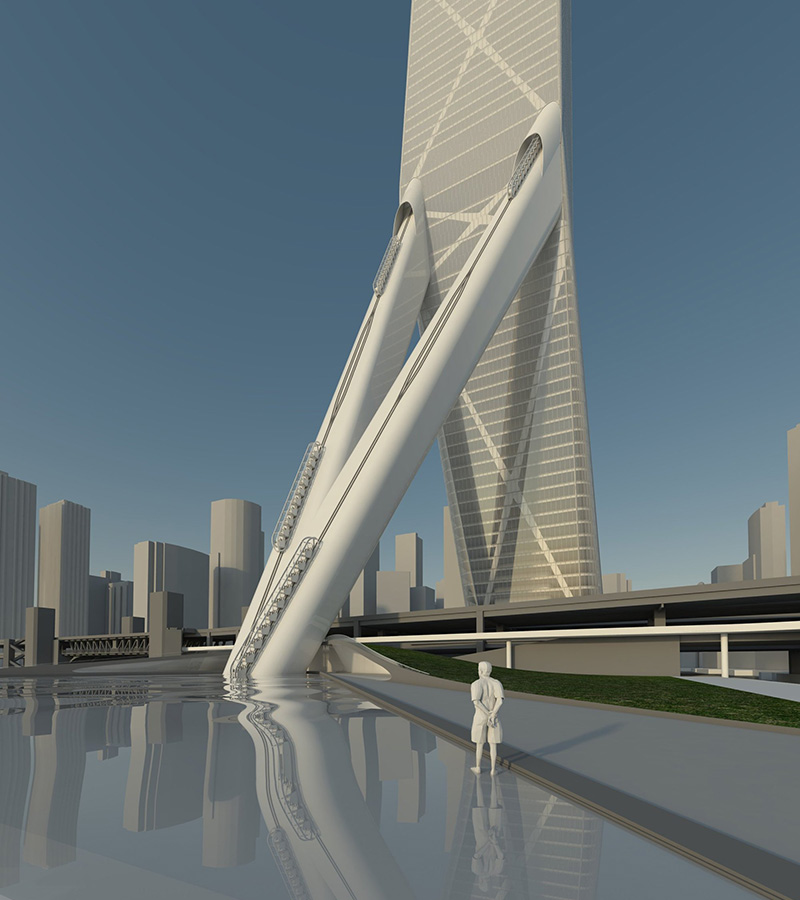 [Detail of pool from rendering of Gensler's Gateway Tower]

Although this is an odd solution for a small piece of land, as I said at the beginning, I'm glad to see the peninsula as part of the design. Yet, since the tower has no chance of being built (Related Midwest is moving forward with its own plans, whatever those may be), the proposal will join the Chicago Spire, 3 Acres on the Lake, and other unrealized ideas for transforming that stubborn piece of lakefront land into something useful.
Email Post