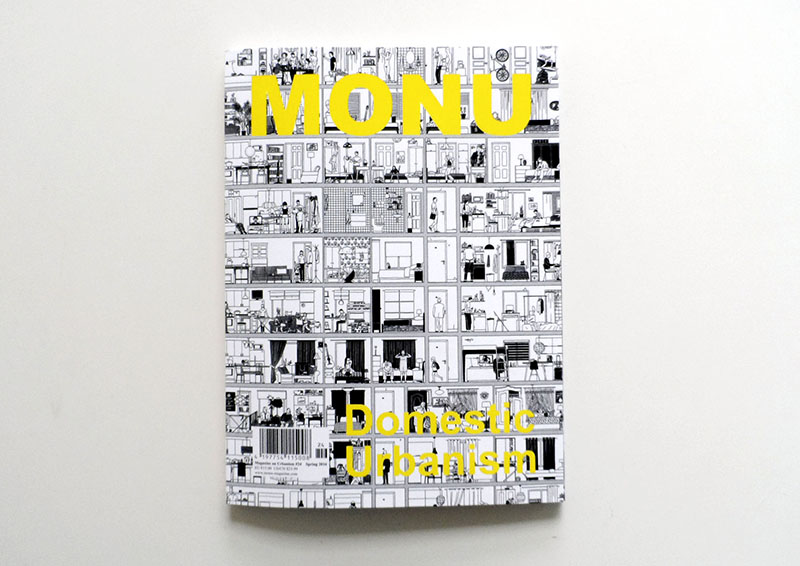 [Cover of issue 24 | All images courtesy of MONU]

This, the 24th issue of MONU, is dedicated to "Domestic Urbanism," arguably the root urbanism of the city as a coherent human settlement. It prominently features interviews by MONU editor Bernd Upmeyer with Andres Jaque and Herman Hertzberger – one of the most important and vocal humanizing figures in architecture – along with 17 other contributions from brilliant emerging practitioners and critics.

Shot from the perspective of urbanism, MONU #24 exquisitely illustrates the tensions between architecture and its building. The cover artwork by STAR strategies + architecture illustrates the sacred, intricate meshworks of our inner dramas brutally cemented together by the thinnest, most minimal of buildings. Many of the contributions delve into the poetics, profound political aesthetics, or advanced experimentation with the domicile-as-an-interior and it’s influence on the urban realm. 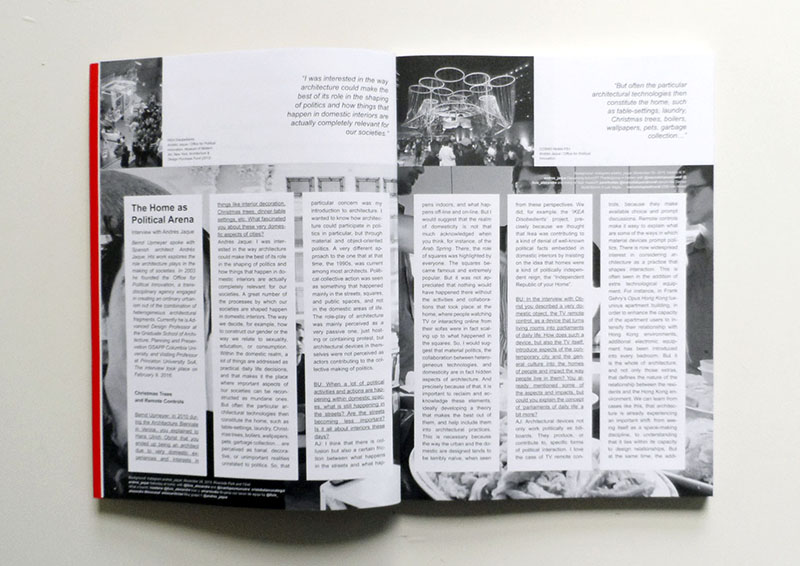 Let’s play a game! As an exercise, I challenge you to read through this and the past issues of MONU (particularly Interior Urbanism and Participatory Urbanism) and note the recurring presence of play as an achievement of a great urbanism; an achievement that supplies us with a vibrant, enchanted ambiance that seems to be infinitely brimming with energy and constantly on the verge of erupting into some form or another of social play.

Any conversation about real, raw urbanism, would be incomplete without exhaustively embracing these grounds necessary for the critical plays that we enact in and around our domiciles in a desperate effort to realize our full domestic theatre. This third space of architecture – the place where architecture and human settlement meet – is constantly being reorganized by our plays so that we may realize life in a concentrated, more ordered form: a form that is a performance of our own individual volition, laden with opportunities for synchronicity, serendipity, and coincidence. 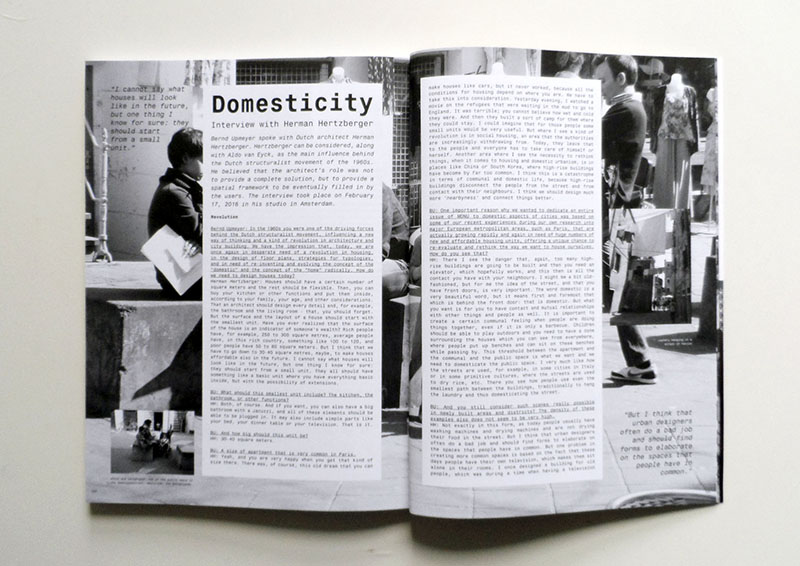 This third space is the radical playground that the city so thirstily craves and holds up as an emblem of its locale and identity whenever it is achieved. CENTRALA (Simone De Iacobis and Malgorzata Kuciewicz) touches on this in their contribution, "How to Domesticate A City: Adaptive Tools to an Urban Environment." What if we propose an imaginary extension of this flawlessly constructed concept as something more along the lines of “How Do You Dedomesticate A City?" since so much urban design, planning, and architecture is devoted to protecting us from our worst fears, to the point of erasing any and all distinctness or diversity in our human terrain. "How Do You Drive The City Absolutely Crazy?" might be an effective architectural platform for a Domestic Urbanism fearlessly delineated by urban jambs of tense, vulnerable, palpable passage building and pocket interventions attuned to articulating our human plasticity.

Without room for play there is no full domestic realm of urbanism; play re-territorializes the bland. Domestic Urbanism demands an Architecture from the Outside – from the third space. It demands for us to make rooms where our radical plays take place and are practiced as a cure for the malaise of disenchantment found so readily in the smooth modern daily routine – to be practiced with a fever! 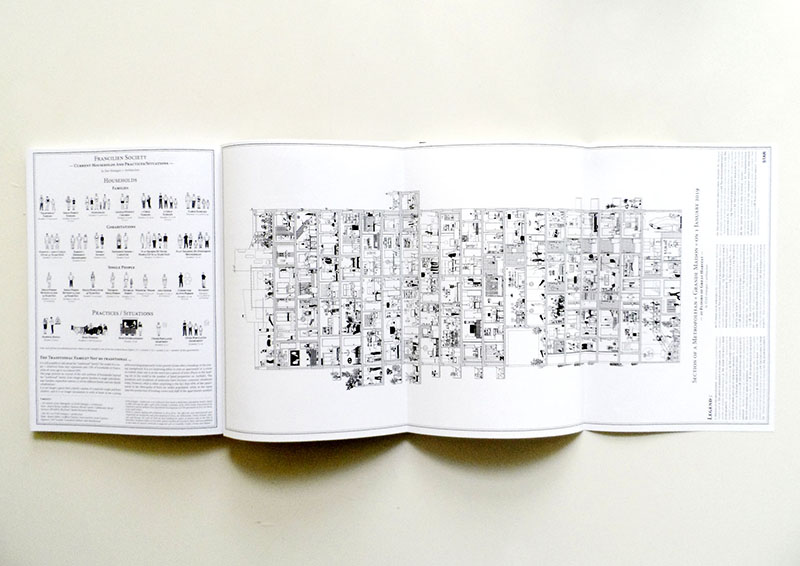 Colin Billings is an American architectural critic and co-founder of Dominique Price Architects in San Francisco, California, an architecture and critical urbanism practice that probes the form-giving semiotic that emerges from architecture’s coincidence with the language of human settlement. He has contributed to essays published in Rethinking the Informal City: Critical Perspectives From Latin America and Modular Structures in Design and Architecture and is preparing to release a monograph exploring the building technique and architectural contribution of Will Bruder, co-edited with Dominique Price.
Email Post
Labels: book-review monu