Calatrava Back in Zurich 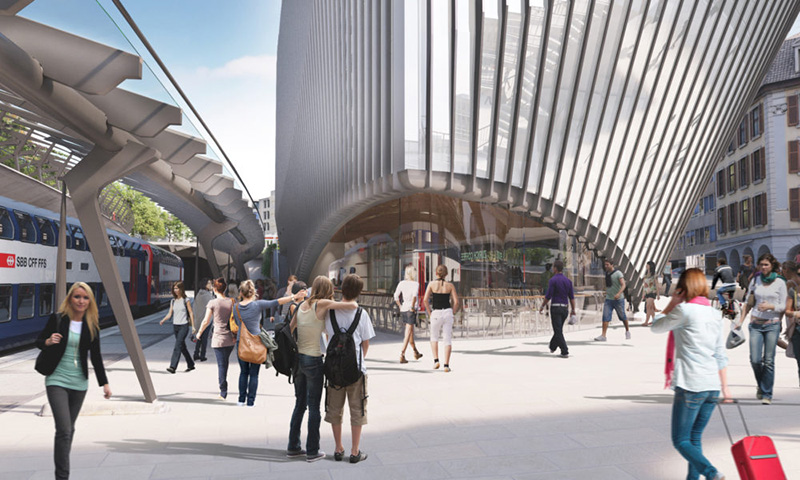 [All images via Haus Zum Falken]

Fans of the architect/engineer/artist may recognize his earlier Stadelhofen rail station on the left, with its steel canopy visible in the image above. Calatrava's remodeled Stadelhofen station, which he built after winning a competition in 1983 (his first win), is one of his best projects – I included it in my 100 Years, 100 Buildings coming out soon. 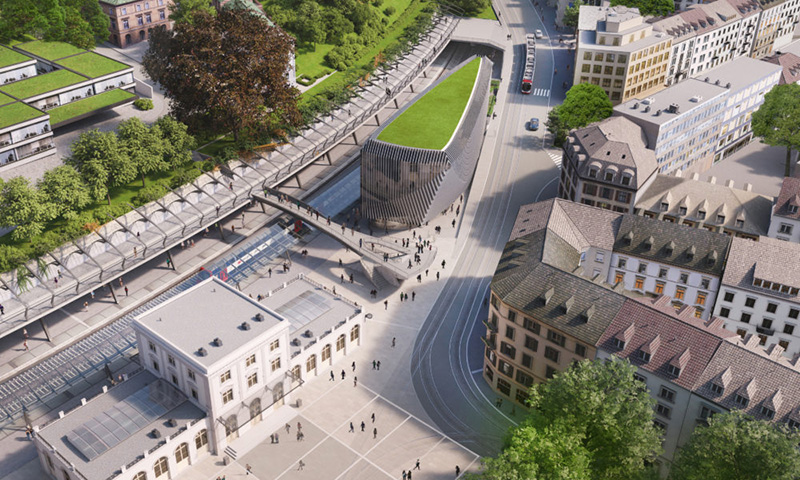 The site is a tapered lot near the southern end of the station, which is now occupied by a building with a cafe and shops. With the new project for AXA, the site would go from this: 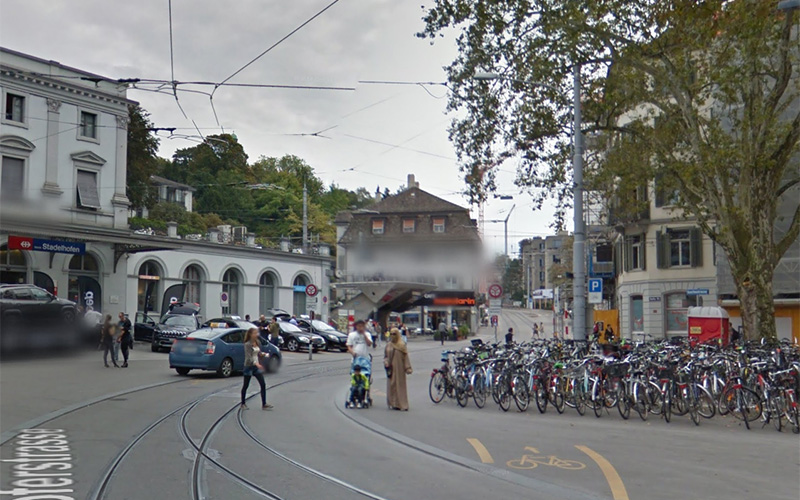 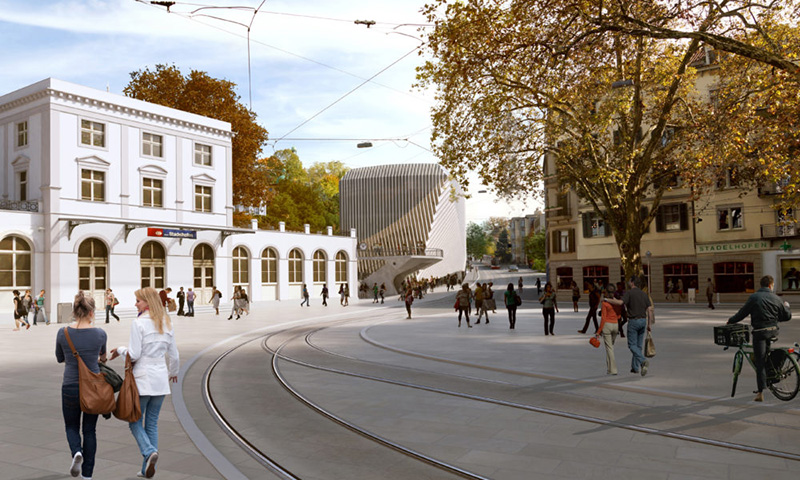 Although the project required a variance from the City of Zurich to "allow for the construction of an avant-garde building," it's a pretty conservative design by Calatrava's standards. Maybe that's the point – it doesn't compete with his earlier masterpiece right next door.
Email Post