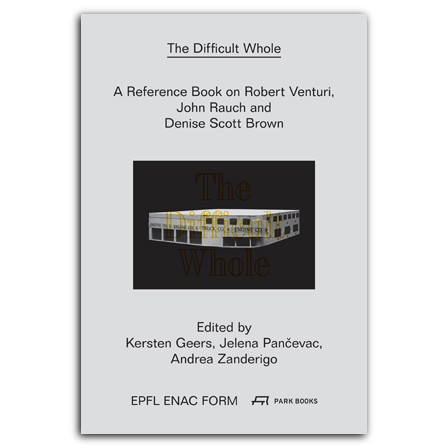 "The Difficult Whole" of this book's title refers to chapter ten in Robert Venturi's Complexity and Contradiction in Architecture, published by the Museum of Modern Art in 1966. In the chapter, titled "The Obligation Toward the Difficult Whole," Venturi writes: "The difficult whole in an architecture of complexity and contradiction includes multiplicity and diversity of elements in relationships that are inconsistent or among the weaker kinds perceptually." Although this is an intricate statement that requires a chapter to explain, it's clear that Venturi's focus, as in the rest of the classic book, is on architectural form.

In this book published by Park Books in cooperation with FORM Laboratory for Architecture as Form, EPFL / ENAC, the difficult whole refers to an architect's output. As described by editors Geers, Pančevac, and Zanderigo in their introductory essay: "The Difficult Whole represents the difficult whole of the project in practice" and "The Difficult Whole celebrates the work of Robert Venturi without limitations, without shame." This last statement is telling since, even though John Rauch and Denise Scott Brown are included in the book's subtitle, the editors hone in on Venturi as the person behind the projects and the ideas – namely those found in Complexity and Contradiction – behind them. 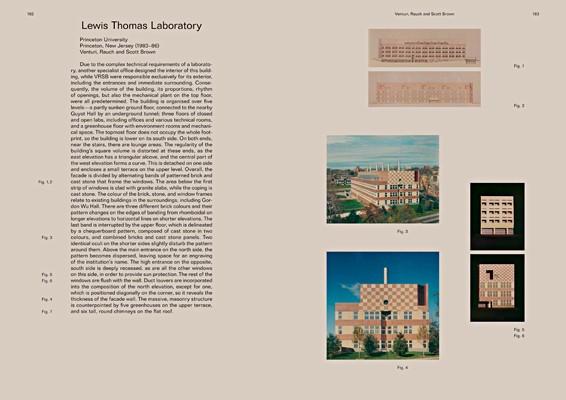 The plethora of sentences in the book that start with "Robert Venturi is...," "Venturi's architecture lays in...," and "The oeuvre of Venturi is...," among others, seems a bit odd a few years after Venturi's wife and partner Denise Scott Brown asked for a Pritzker Prize inclusion ceremony and Harvard's Women in Design started a highly publicized petition campaign in response. Their efforts, though unsuccessful toward the Pritzker, were all about the collaborative efforts of architecture – for Venturi and Scott Brown and other practices. The AIA acknowledged their collaboration with the 2016 AIA Gold Medal (the first to go to a duo and given out, appropriately enough, at the AIA Convention taking place in their home city, Philadelphia), but reading this book is like going back in time to before Scott Brown's words roused the profession.

I chalk up the reactionary approach to the fact the editors look at the work of Venturi and his associates from the starting point of Complexity and Contradiction. Unlike Learning from Las Vegas – published in 1972 and written by Venturi, Scott Brown, and Steven Izenour – the 1966 book is solely attributed to Venturi, although he does include his future wife (they married in 1967) in the acknowledgments: "[for] sharing her insights into architecture and city planning." It's as if the ideas of his book, particularly its tenth chapter, extend out into his oeuvre up until 1989, encompassing projects he carried out alone (very few), with William Short, with John Rauch, and with Rauch and Scott Brown. 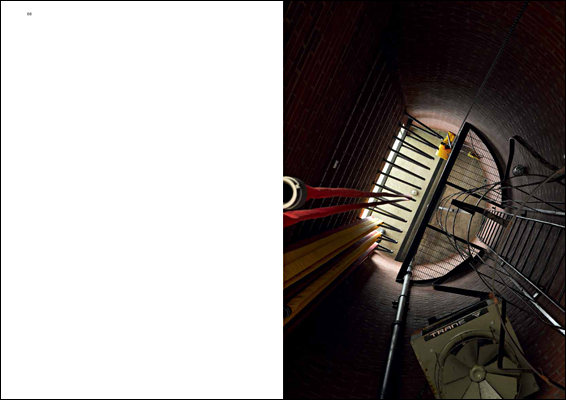 The statements mentioned above occur in the three essays by the editors at the beginning and end of the book, but most of its pages are devoted to projects that span from 1959 to 1989 – a difficult whole but not the entirety of Venturi's output. The nearly thirty built and unbuilt projects are presented in a straightforward manner (top spread) with text describing the architectural forms, and with floor plans, models, drawings, and other images keyed to the text. There is rarely a mention of Venturi in these parts, since the focus is on form and effect over authorship and intention.

Two visual pieces add a lot to the solid presentation of projects. Bas Princen contributes three photo essays on three buildings: the Vanna Venturi House outside Philadelphia, Fire Station Number 4 in Columbus, Indiana, and the Lewis Thomas Laboratory at Princeton University. His views are often unexpected (spread above), giving readers glimpses of parts that are often overlooked by other photographers. The second addition are perspective drawings by students at ENAC EPFL, Columbia GSAPP, and Tokyo Institute of Technology (spread below). Found at the front and back of the book and turned 90 degrees to the rest of the book, the drawings approach fine art through their colors, framings, and views. All together, the four parts of the book – the essays, the projects, the photo essays, and the student drawings – are a handsome overview of Venturi's theories and how he put them into built form through three decades of collaborative practice. 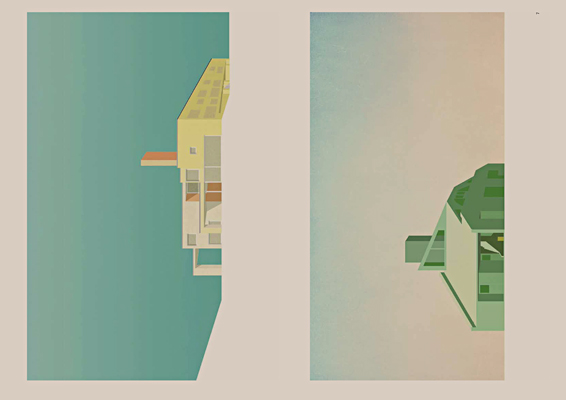