On Monday I attended the lecture and award presentation for the 2016 World Monuments Fund/Knoll Modernism Prize at the Museum of Modern Art. This year the biennial award was given to the team of Molenaar & Co. architecten, Hebly Theunissen architecten, and Michael van Gessel landscapes for the rehabilitation of the Justus van Effen complex in Rotterdam, designed by Michiel Brinkman and completed in 1922. The project sits in the Dutch city's Spangen neighborhood, surrounded by fairly traditional rowhouses, some of which were created around the same time. 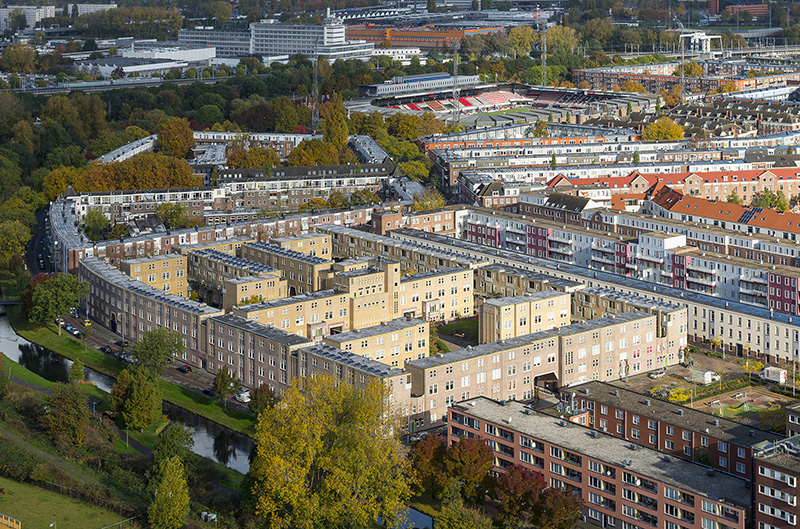 Like the Hizuchi Elementary School in Japan, which won in 2012, I was not very familiar with Justus van Effen before the announcement of the award (only through a+t's 10 Stories of Collective Housing). But like the project in Japan I was thoroughly impressed with the project as presented the other night. Both of the buildings clearly deserve their respective WMF/Knoll prizes – both for the thorough restorations but also for bringing wider attention to the projects. As mentioned by jury chair Barry Bergdoll on Monday, the attention for the 2012 prize led to the Hizuchi Elementary School being put on a stamp in Japan. (Coincidentally, a 2000 competition image presented by Molenaar & Hebly put Justus van Effen on a stamp.) 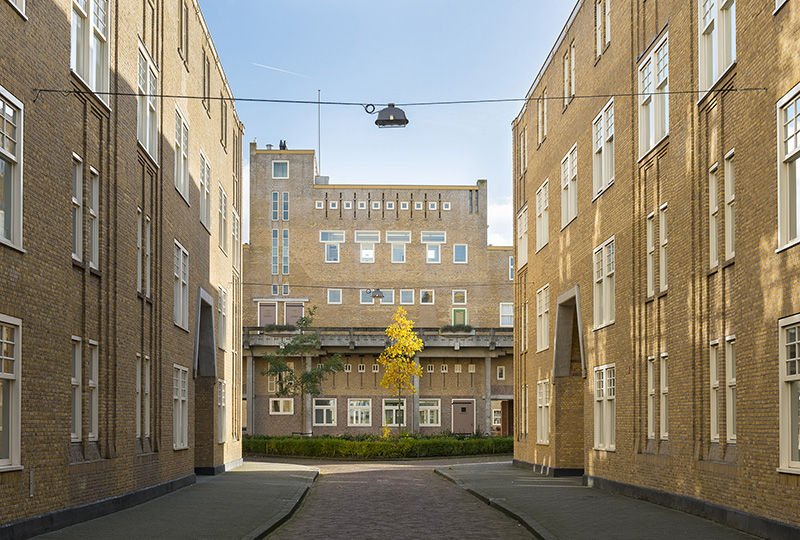 This year's award is the fifth WMF/Knoll Modernism Prize, but the first given to a housing project; the first four projects were public facilities: schools, a sanatorium, and a library. That Justus van Effen was and remains a social housing project (fully at first but now only in part) appeared to be an important point for the jury, which included Bergdoll as well as Jean-Louis Cohen, Kenneth Frampton, Dietrich Neumann, Susan Macdonald, Theo Prudon, and Karen Stein. I'm guessing Frampton played a part in pushing a social housing project, but the fact Cohen lives in the building (and therefore had to recuse himself from the judging) was also important: he was able to give first-hand input into the restored building. 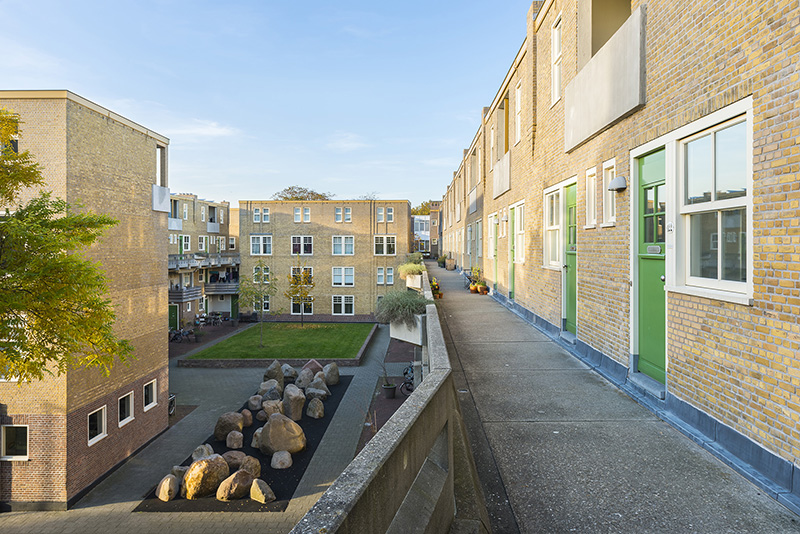 Brinkman was given a two-block area for 264 dwelling units and bundled the blocks together, defining the perimeter through continuous four-story buildings. Portals provide access to the interior of the block, where a central building breaks the block into two and further buildings define smaller outdoor spaces. The creation of these well-scaled, communal spaces is commendable, but what made the building influential in the mid 20th century were the second-floor walkways that rung the whole perimeter on the courtyard side, connecting all of the duplex units atop the buildings (below the duplexes were two floors of single-story units). 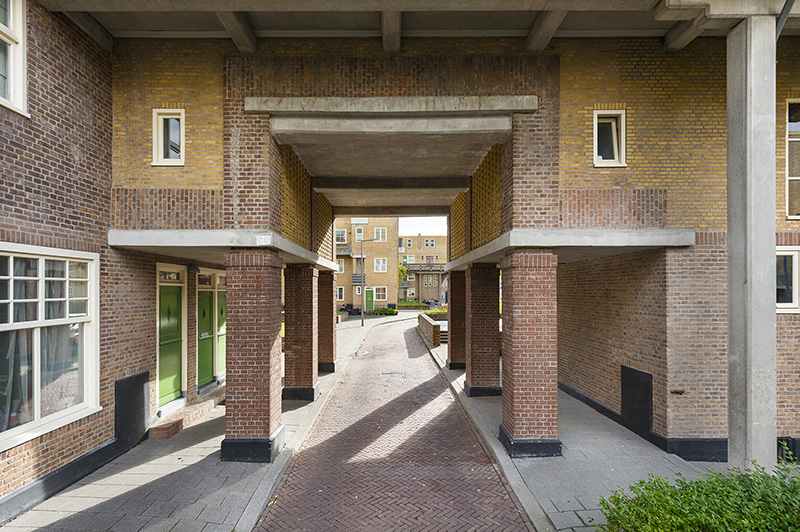 Architects Joris Molenaar and Arjan Hebly presented the restoration project on Monday in three respects: changes to the Spangen neighborhood over time, the technical challenges of the restoration, and the interiors/units. Promoted by the liberal elite in Rotterdam, Justus van Effen was created as an experiment in high-density affordable housing and a means of beautifying the city. Molenaar described it as a "social worker's paradise." But starting in the 1970s, the once forward-looking project became a backwards one, since it hadn't had any upgrades in the interim. Combined with the area's decline, the project underwent a first restoration in the 1980s, but these were misguided: the replacement of the concrete walkway with a precast structure and ripping out the original wood frames for aluminum ones, for instance. Even with these changes the project was deemed a historical landmark. But this century, with the desire to improve the Spangen neighborhood, it was determined by the owner, Woonstad Rotterdam, that another restoration was needed, one that would bring back the qualities of the original. 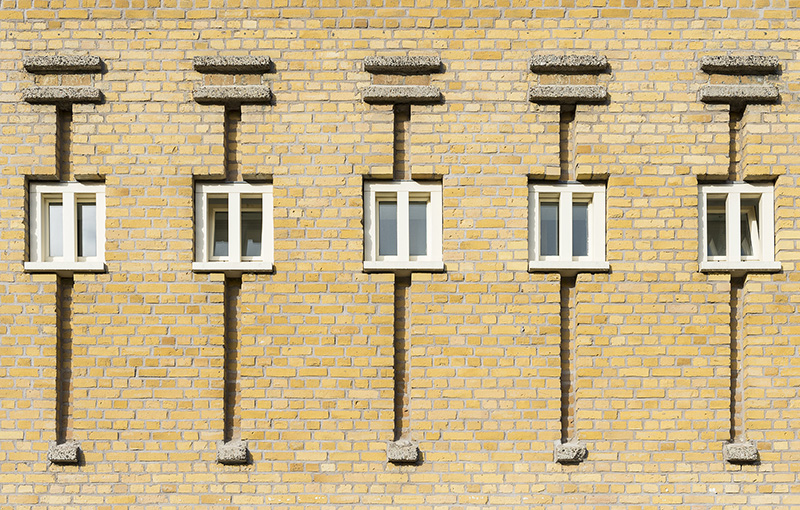 Although the postage stamp linked above may seem to be just a clever means of representation in a competition, it was used to express how the architects felt about the project: its architectural merits were as important as its urban planning merits. The latter concerns the project's site plan and its influential elevated walkways, but Molenaar and Hebly were also enamored by the brickwork, the windows, and the interiors. The 1980s restoration covered the brick with white paint, so the latest restoration unearthed the original's distinctive yellow brick. The aluminum frames were swapped out for hybrid wood frames that are fairly common today, which also reintroduced the mullions. The landscape, which was turned into hardscape in the 1980s, was made green again. 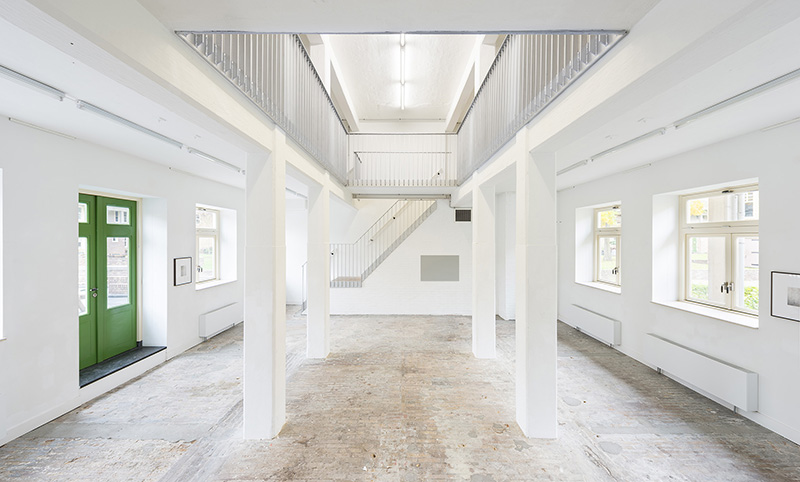 The interiors, as illustrated here, were cleaned, stripped of superfluous additions, and brightened. Further, insulation was added to the walls and solar panels top the whole project; two of the project's means of achieving energy neutrality. The 1980s restoration transformed the 264 units into 164 units, while the latest restoration reduced that number by only ten. Now, thirty percent of the units are social housing (with subsidies for families, most of which are migrants). All of the people who lived in the building before its most recent restoration had the right to return after the construction was completed, but as pointed out by Molenaar none of them returned; he chalked it up to people not wanting to move again so soon. Whatever the case, the restored project is a desirable place to live (for architectural historians like Cohen, at least) in an area that is seeing a much-needed resurgence. 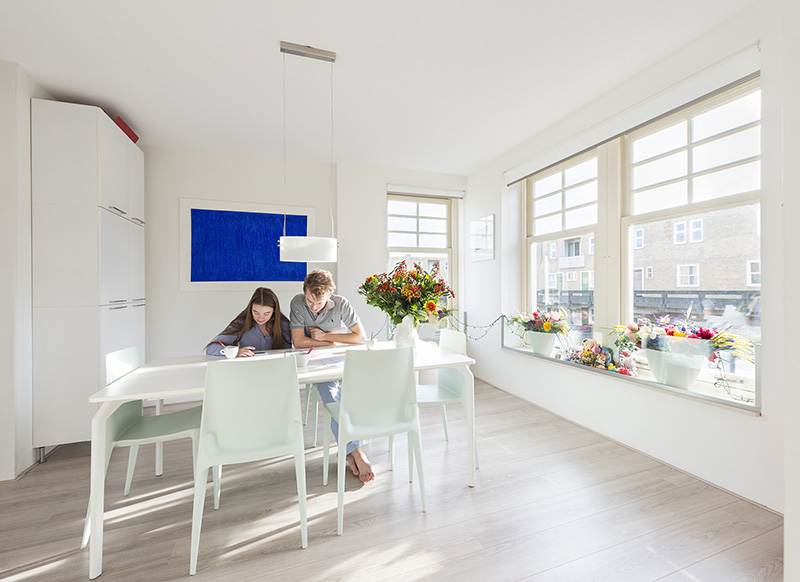