I've been a fan of the berm at Brooklyn Bridge Park, an earthwork that drowns out the sounds of the double-decker BQE, ever since visiting it and realizing just how well it worked. I wrote about the feature, part of Michael Van Valkenburgh's design for the park, back in 2014, the same time I snapped this photo: 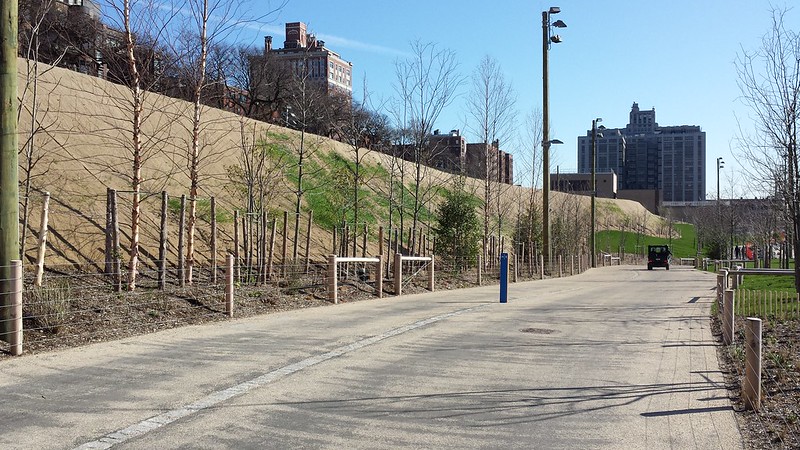 Last fall I was walking the Brooklyn Heights Esplanade when I noticed another berm, south of the existing one but winding instead of straight:

Yesterday Curbed posted a rendering by MVVA of the berm and the rest of the Pier 5 uplands, which is located between Montague and Joralemon streets just across from One Brooklyn Bridge Park. 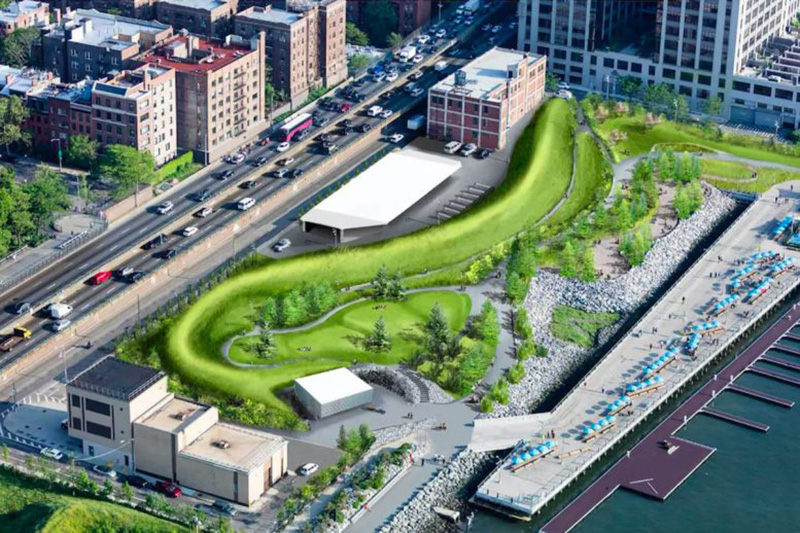 And here's how it compares to the construction as it was about four months ago:

Lastly, in case you were wondering about the two structures being built on either side of the berm, they are the park's maintenance & operations building: 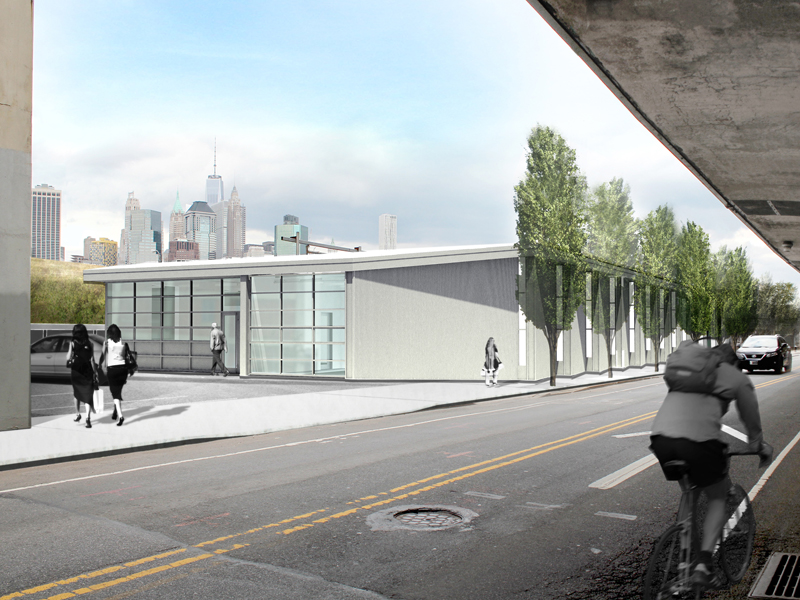 And boathouse, both designed by ARO: 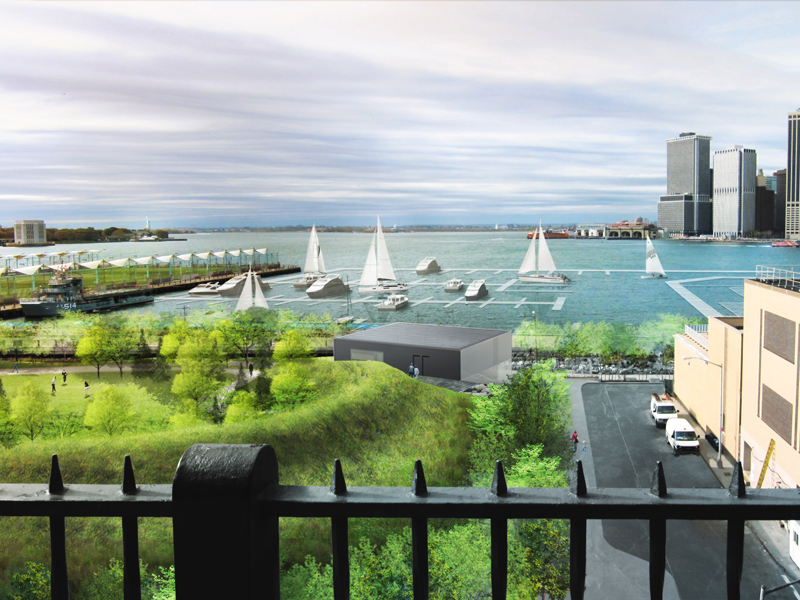 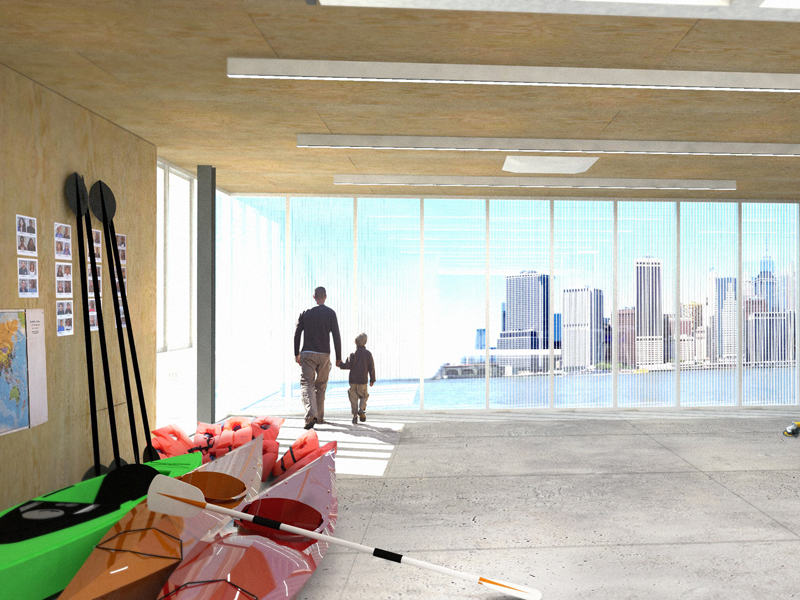 According to the Brooklyn Bridge Park website, this new section of the park will open later this year.
Email Post