Columbia in Manhattanville edited by Caitlin Blanchfield
Columbia Books on Architecture and the City, 2016
Paperback, 142 pages 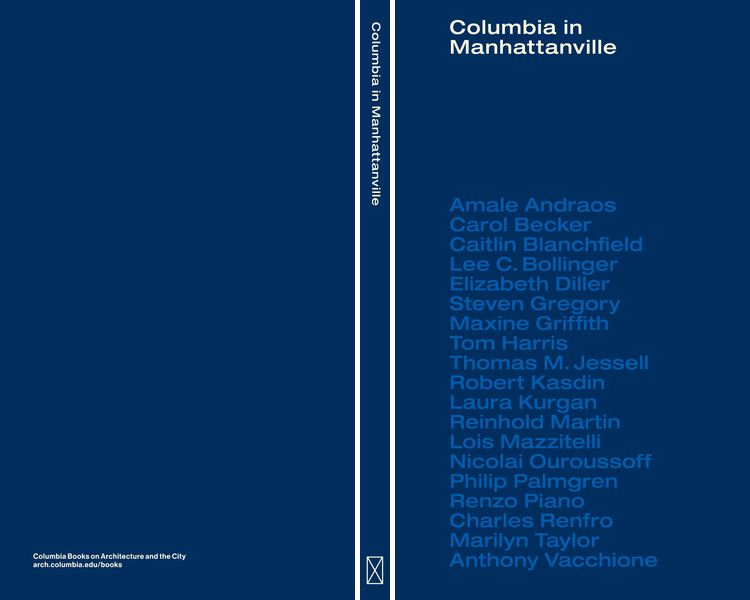 In October 2016 I went on a press tour of the Jerome L. Greene Science Center, one of two buildings designed by Renzo Piano Building Workshop that were nearing completion as part of the first phase of Columbia University's new Manhattanville campus. The timing was a bit odd, given that it and the other building, the Lenfest Center for the Arts, won't open until spring 2017. (A third Piano-designed building, the University Forum and Academic Conference Center, will open in 2018, to be followed a few years later by a pair of buildings designed by Diller Scofidio + Renfro.) No doubt, the tour took place before all of the expensive scientific equipment would move into the building, but it also sped up any positive reception of the project, which has been in the works as far back as 2002 (when SOM was hired to work on Columbia's expansion) and has seen its fair share of opposition and criticism. Bringing the press inside the Piano building before the students, scientists, and other users enabled us to see firsthand how well the building realizes the school's goals of using transparency and the street grid to create a neighborhood that is one with the city. Or so Columbia would like people to consider. 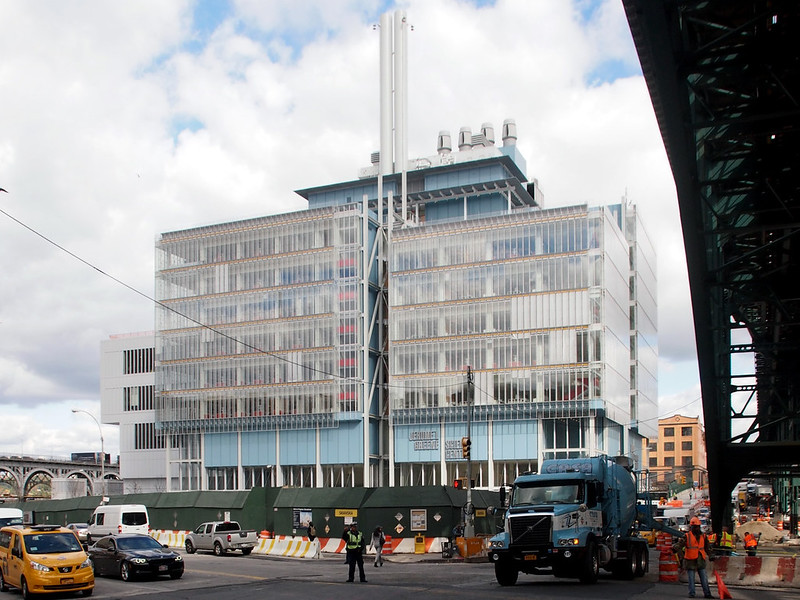 Around the time of the tour, Columbia Books on Architecture and the City, an imprint of Columbia GSAPP, published this book on the Manhattanville project. It consists of interviews with some of the key players (Renzo Piano, SOM's Marilyn Taylor et. al., Elizabeth Diller and Charles Renfro, etc.) a trio of essays, color photographs by Tom Harris, and nine "historical episodes." I started the book by reading the historical episodes, which span from 1916 to 2007 and tackle New York City's zoning, the adjacent Manhattanville Houses, mid-20th-century proposals for the area, Columbia's quashed attempt at building a gymnasium in Morningside Park, and the rezoning that allowed Columbia to move forward with its 17-acre campus.

Following that I read the interviews and then the essays. Broadly these contributions were respectfully informative and critical, and I'd say it's good to have both. With such a large, complex, longterm project, it's beneficial to hear from the key players behind the master plan and the buildings. At the same time, sociological and other criticisms are a key part of the project's history, so I'm glad to see they are not being glossed over. Steven Gregory's essay, "The Radiant University," is particularly helpful in this regard, since it questions Columbia's assertions (especially in regard to eminent domain), gives voice to displaced residents and businesspeople, and highlights some potential conflicts of interest.

Another highlight is Reinhold Martin's essay, "Made in Manhattanville," which delves below the street grid to the below-grade facilities that undergird the campus and allow services to remain out of sight. This subterranean plinth is a key element in the plan and one that seems to point to the need for the university to obtain every block bound by Broadway, 12th Avenue, 125th Street, and 133th Street. Without doing so, each building would not be united underground by a seven-story labyrinth of parking, loading, mechanical, and other services.

This huge below-grade "building" serving all of the above-grade buildings is also necessary for Piano's ideal of community and transparency, achieved by maintaining streets through the campus and visually opening up the ground floors to invite people inside. With the Greene Science Center, the public will be allowed to access parts of the ground floor, a situation that should extend to future buildings. This is a commendable aspect of Piano's and SOM's contributions, but to focus on it (as the tour did in part) is to miss many of the contested aspects of the project. This book therefore fills a void by presenting what the campus is as well as what transpired to make it happen.