The Queens neighborhood of Astoria may have some ugly architecture, but it's got one of the best bridges in all five boroughs. The Hell Gate Bridge, designed by Gustav Lindenthal, was dedicated 100 years ago today. It may not be as famous as the Brooklyn Bridge, or even the nearby Triborough Bridge (now RFK Triborough Bridge), but it's something for the neighborhood to be proud of. And if it looks a lot like the Sydney Harbour Bridge that's not a coincidence; Hell Gate inspired that later, larger span. 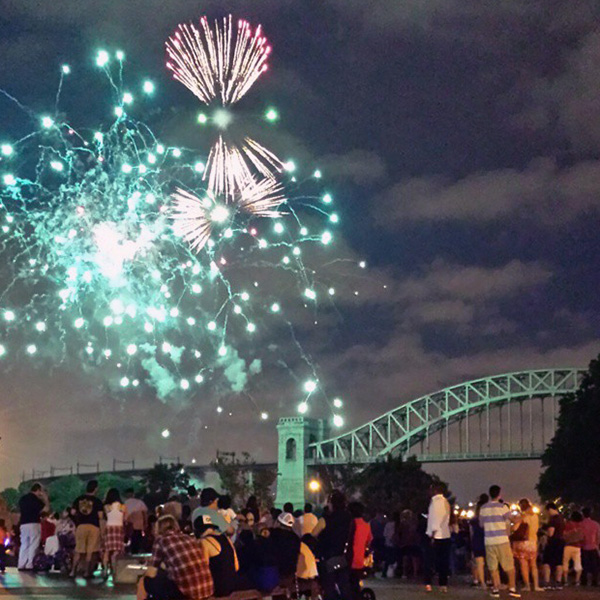 Unlike most NYC bridges though, Hell Gate can only be crossed by train; it was built to connect Penn Station to Boston and other New England cities. This historical tidbit isn't so well known, nor is the way the bridge extends into Astoria for a ways, via some impressive concrete vaults. Unfortunately, the crossings are not always lit up like 29th Street below; I took this photo when an Uma Thurman film was being shot in the neighborhood. 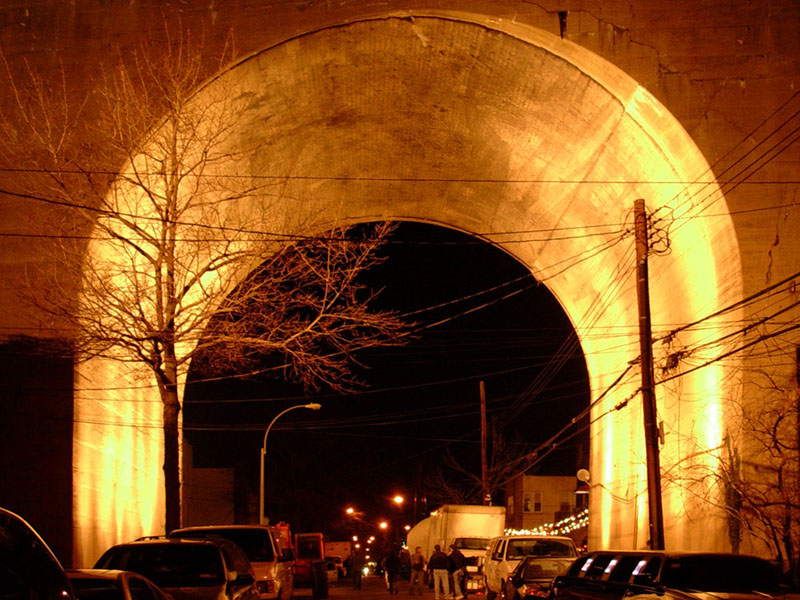 [Filming "The Accidental Husband" in Astoria]

If the above doesn't entice you to visit next time you're in the area, maybe this will: the impressive supports in the middle of Astoria Park. 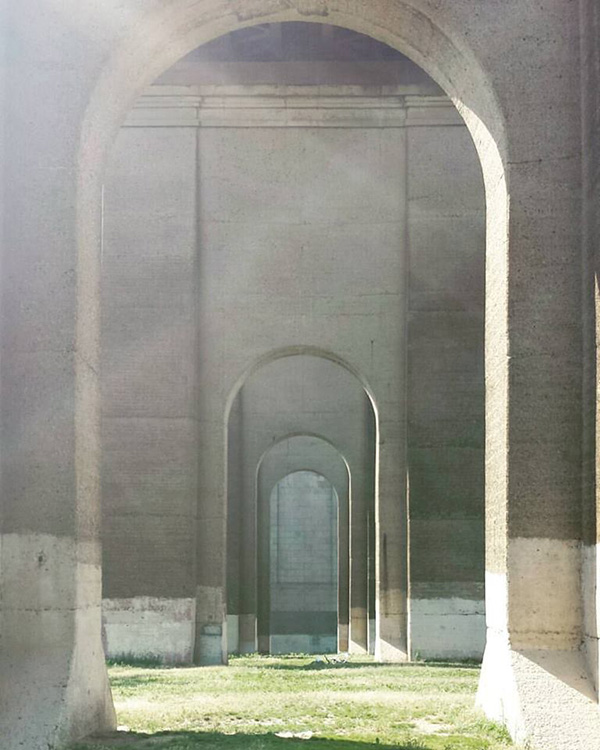