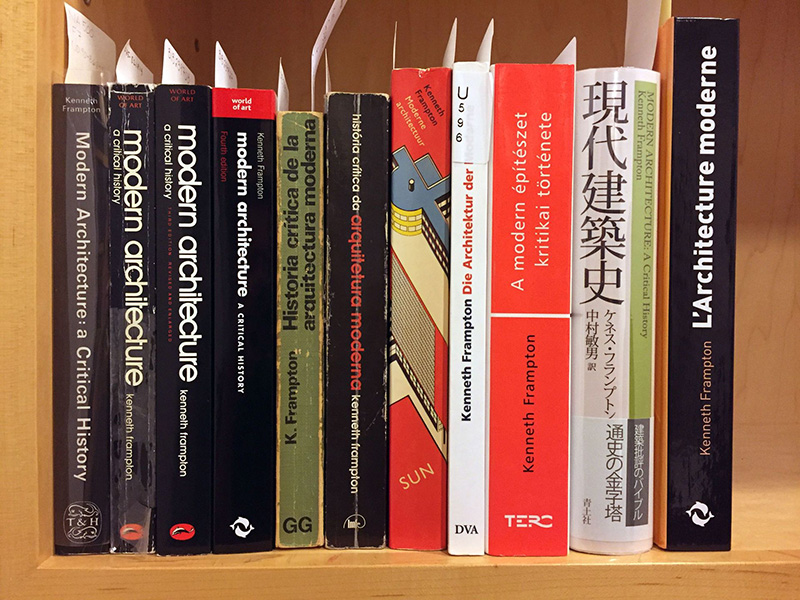 The Canadian Centre for Architecture has just posted a video of a conversation held at the CCA on April 6: "A Conversation with Kenneth Frampton: Can There Be a Global History Today?" The event consisted of a roughly half-hour talk by Frampton, followed by talks by Cornell's Esra Akcan and MIT's Mark Jarzombek, and then a roundtable discussion with the trio moderated by the CCA's Kim Förster. Frampton's talk is from the beginning to the 36:45 mark, while the discussion starts at 1:22:22.

As the top image from the CCA's page for the event shows, Frampton is still best known for his Modern Architecture: A Critical History, which was first published in 1980, has been updated three times since and, according to his comments, will be updated one more time. But when it came time for me to write my own (lite) version of a global architecture history – 100 Years, 100 Buildings – another Frampton publication was even more helpful.

I'm referring to the ten-volume World Architecture 1900-2000 – A Critical Mosaic, which was put out by the China Architecture & Building Press with Springer Verlag in 2002, and for which Frampton served as general editor. Each regional volume (Latin America, United States and Canada, Mediterranean Basin, etc.) presents 100 canonical built works selected and written about by well known historians and critics. It's an amazing collection of 1,000 buildings but one I didn't know about until researching for my book a couple years ago. Why is that?

Frampton answers this in his talk, during some comments (starting at the 5-minute mark) about the ten-volume "magnum opus." At the 7-minute mark he says:


One of the strangest things about this ten-volume encyclopedic survey is that it has been so badly distributed you can almost not find it anywhere. I don't quite know why the China Architecture & Building Press, after all this effort, should fail in this particular sector.

I can concur. I was able to cobble together six of the books (below), most on Amazon and most for not too much money. But others are hard to find even online and therefore cost an unreasonable amount. No wonder Frampton's other books continue to be more influential, even though they are not nearly as exhaustive as World Architecture 1900-2000. 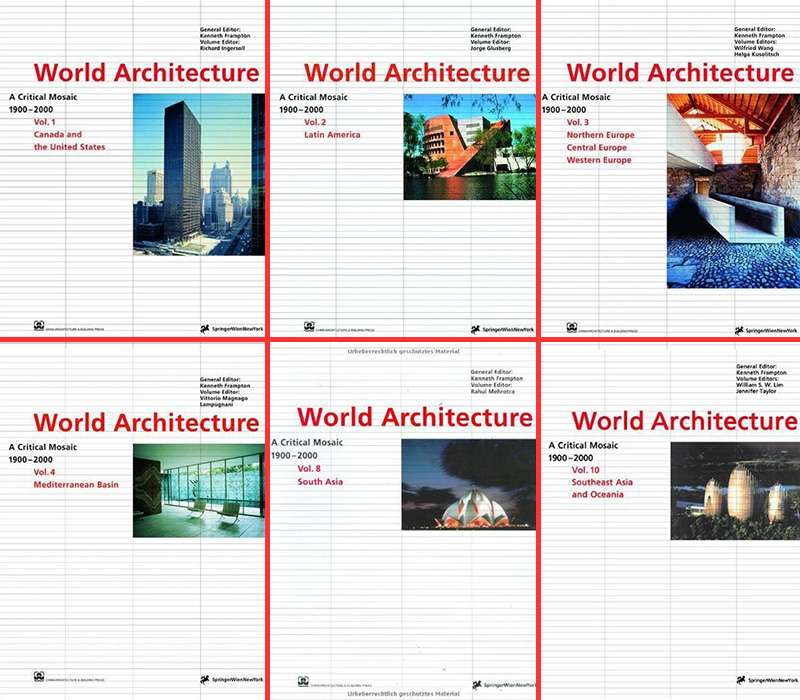