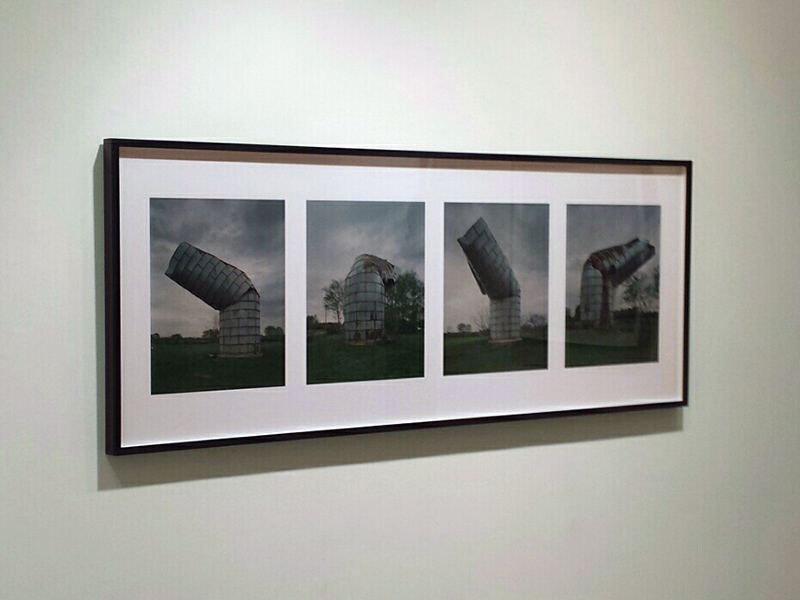 Last Thursday I ventured to Garvey|Simon gallery in Chelsea for the opening of Timothy Hursley: Tainted Lens, which is on display until June 10th. Hursley, who is based in Little Rock, Arkansas, is known to many architects for his documentation of Rural Studio projects as well as works by prominent architects in the South and Midwest. Yet in addition to his architectural photography, Hursley has consistently produced a diverse range of fine art, such as his many photos of the so-called Broken Silo near Greensboro, Alabama. A selection of his fine art photographs make up the exhibition at Garvey|Simon. 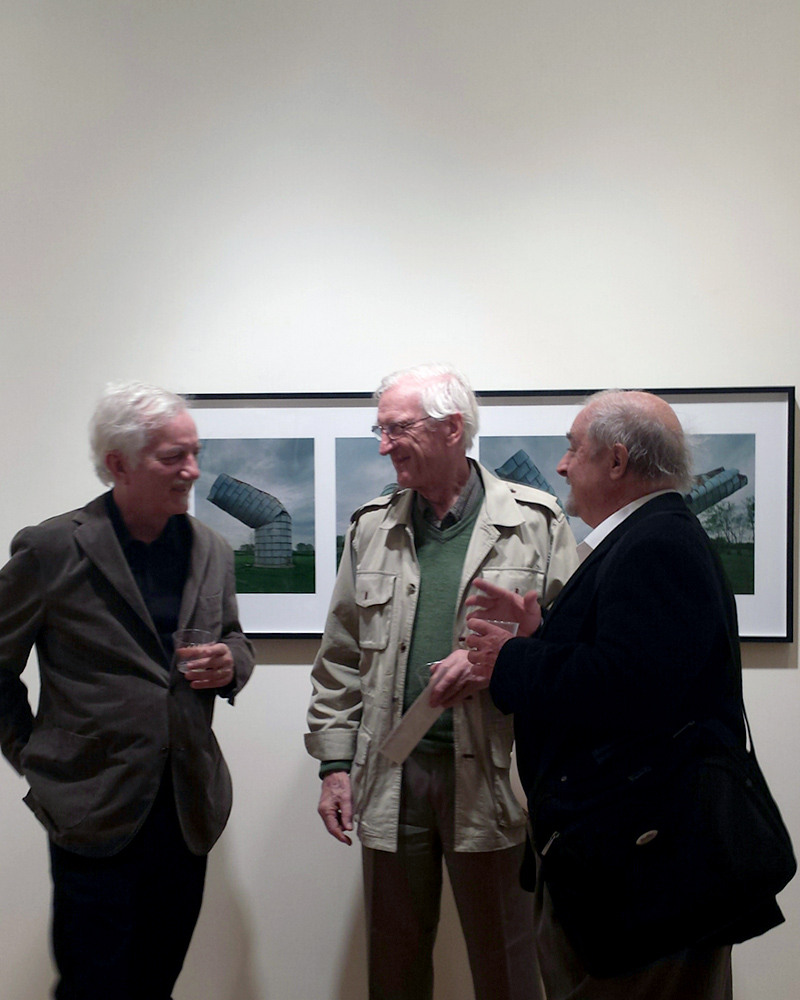 Hursley (at left in the above photo) usually presents the Broken Silo as four photographs side-by-side, rather than one individual photo; it's like he's portraying the four architectural elevations of the damaged structure. If the silo were intact and operational, only one photo would be necessary, since the cylindrical form would appear the same from all vantage points. In essence, the tornado that damaged the silo turned it from a building into a piece of architecture and therefore, in my interpretation at least, made it worthy of Hursley's attention. 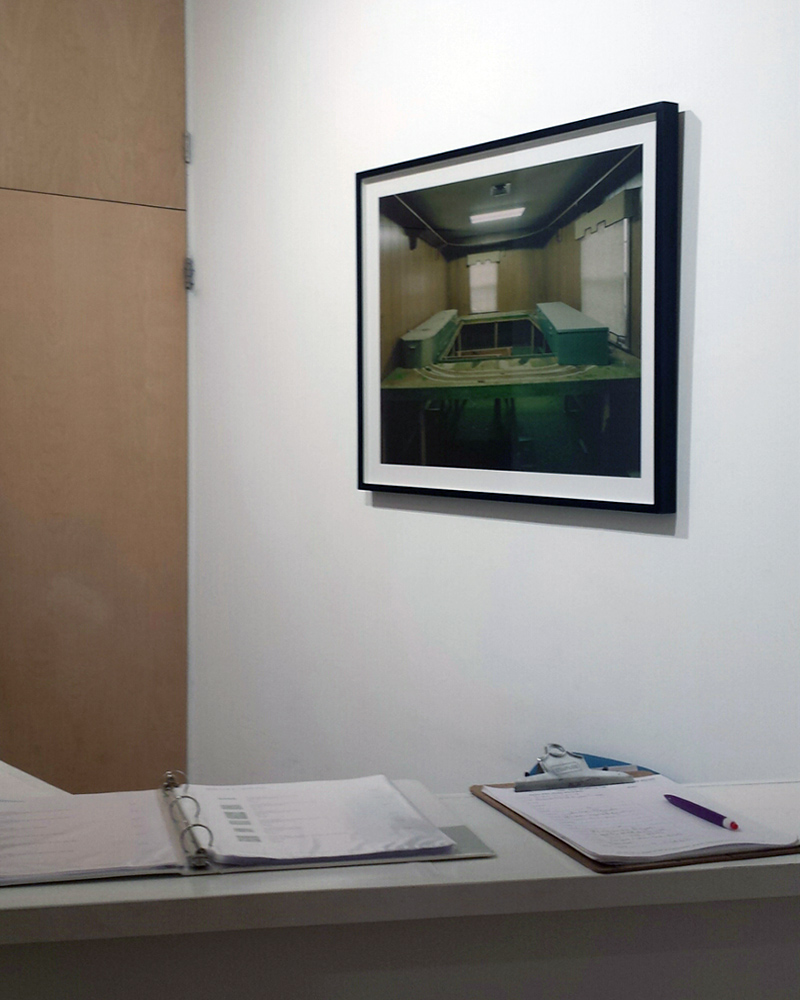 Another thing the Broken Silo photos make me consider is that no image exists alone, be the subjects architectural or fine art. In the case of the former, a building is understood through multiple photographs, substituting the actual experience of a building for those unable to visit; in turn, multiple fine art photographs work together to create a theme and tell a story. Such is the case with Hursley's photos at Garvey|Simon, though one photo, behind the reception desk (above), stands out for its lack of a companion. It's fitting that the photo depicts two caskets – the solitary end we all face. Nevertheless, the caskets, oddly positioned on model train tables, are paired, subtly reiterating the multiples evident elsewhere on the gallery walls. 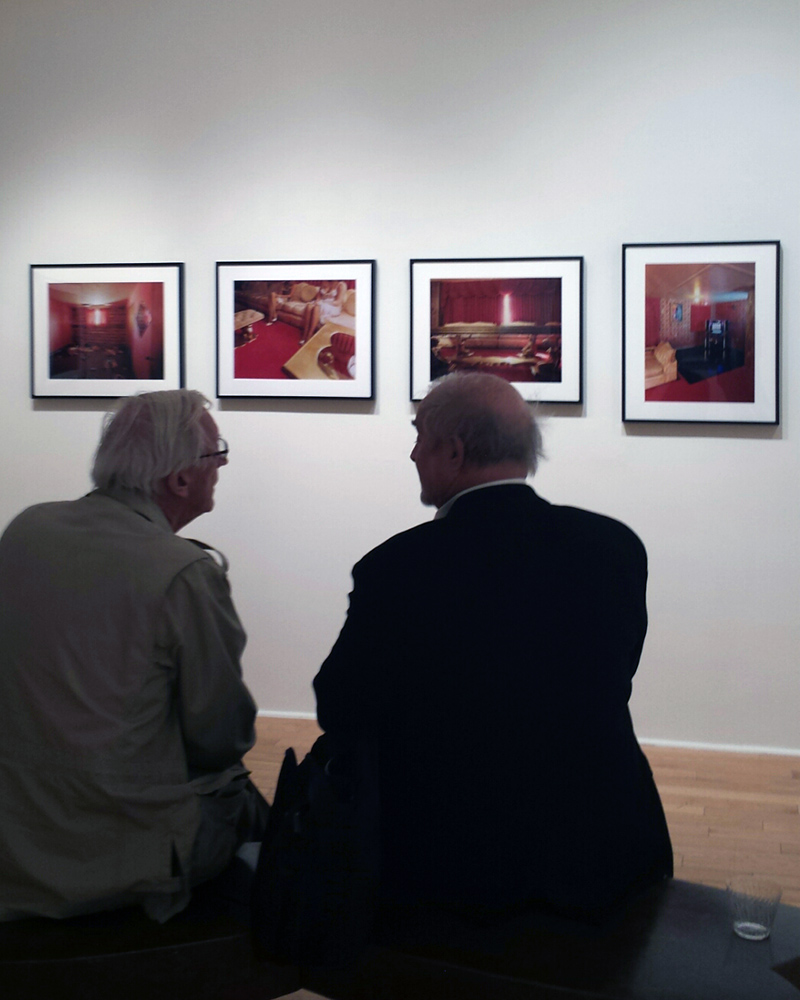 The photos that garner the most attention depict the brothels in Nevada. Previously Hursley's photos were collected into Brothels of Nevada: Candid Views of America's Legal Sex Industry from Princeton Architectural Press in 2003. A few of those photos are on display at Garvey|Simon, though there are also some more recent photos, from when Hursley revisited the sites of his originals. Again, the arrangement of multiple photos (above) allows for numerous interpretations and for certain formal characteristics to come to the fore. 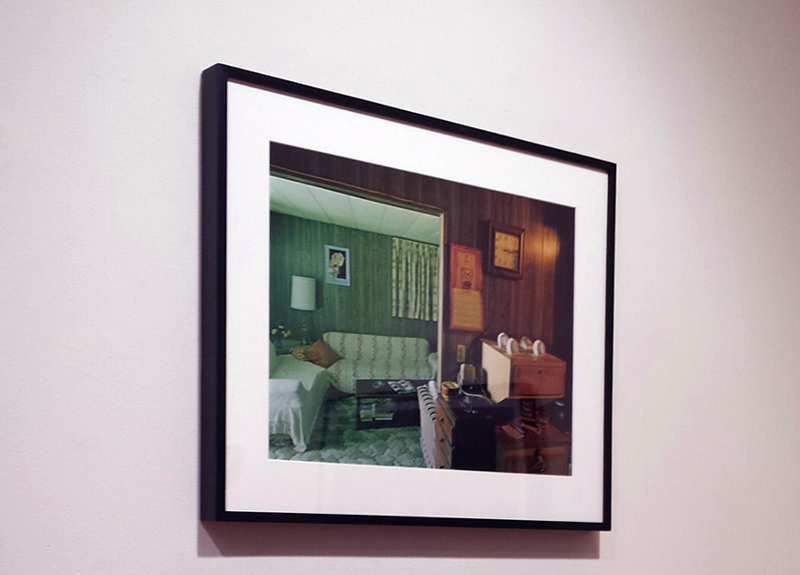 Nevertheless, the individual photos, when looked at closely, hint at the potential narratives of the predominantly empty rooms. I was drawn to the above photo of a brothel in Hawthorne, Nevada, which is ripe with multiples – ashtrays and timers – but also has an ethereal green glow coming from an unknown source. Like the Broken Silo, the brothel photos and other series reveal how Hursley hones in on subjects that are mundane yet extraordinary and draws our attention to things that would be otherwise overlooked.
Email Post