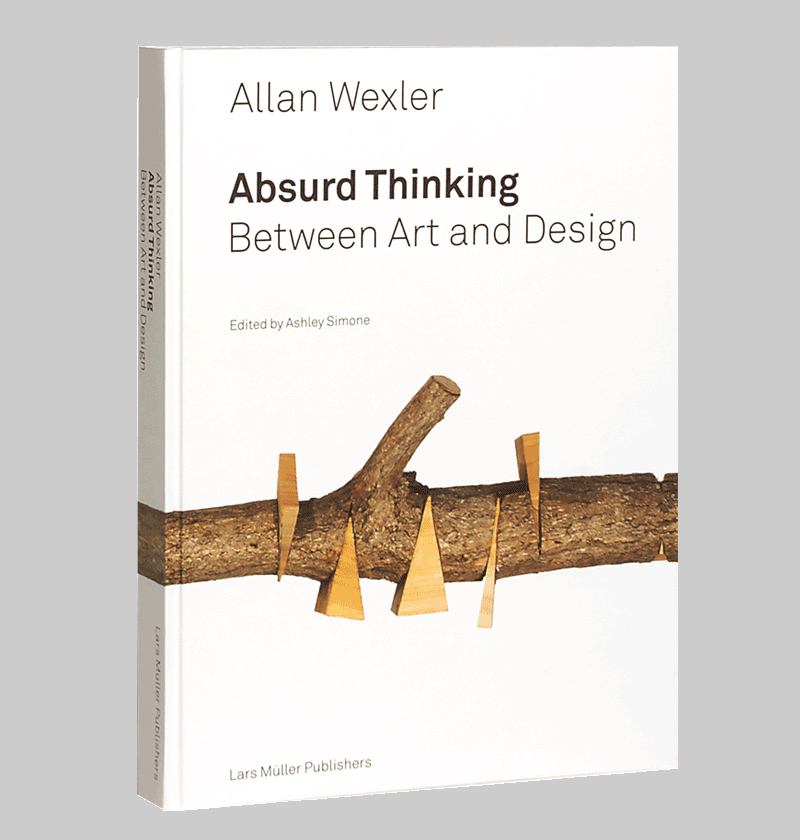 I first became acquainted with the architectural art of Allan Wexler in 2009 – well, maybe it was earlier, but that was the first time I wrote about it on this blog. It seems that since then I come across his work, unawares, in a number of places I go. There's the Overlook in the LIRR Terminal in Brooklyn, which became part of my G Train walking tour upon discovering it while scouting the route. There are the easy-to-miss but hard-to-forget Two Too Large Tables in Hudson River Park at 29th Street. And how could I forget my first encounter with the Parsons Kitchen, which was pulled out for drinks following a crit some years ago. These are just a few of the many Wexler artworks found in the new monograph published by Lars Müller Publishers. 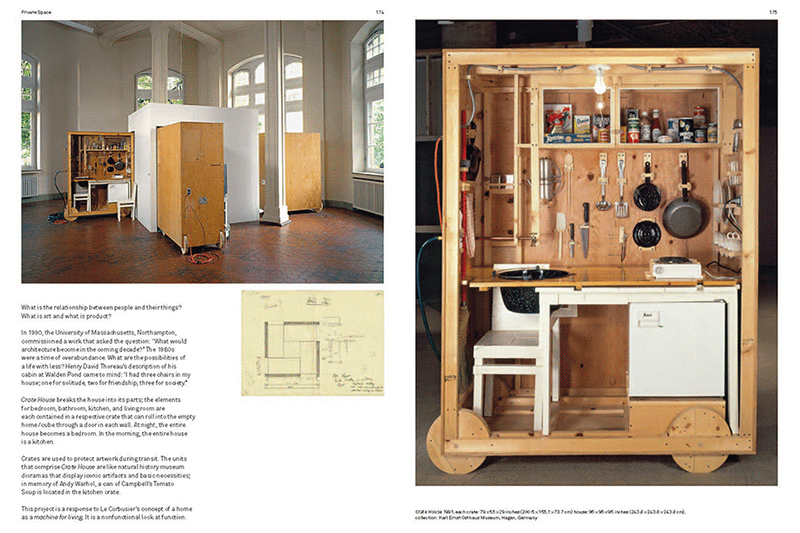 Wexler, who collaborates with his wife, Ellen, describes himself as "an architect in an artist's body." I'd buy that, given the qualities of the artworks I've been subjected to, such as the ones mentioned above and those on display at Ronald Feldman Fine Arts in 2014. What he/they produce can certainly be called art, though there is a clear predilection of architectural subjects: houses, stairs, fences, landscapes, and furniture, to name a few. Even when a chair, one of the most functional objects around, is a subject, it is maligned beyond function or sculpted in an unexpected manner, thereby pushing it into the realm of art. Of course, works like the Crate House (above) or the Parsons Kitchen confuse matters; they are compact yet highly functional pieces of equipment whose artistic merits are layered over their curious means of storage and use. 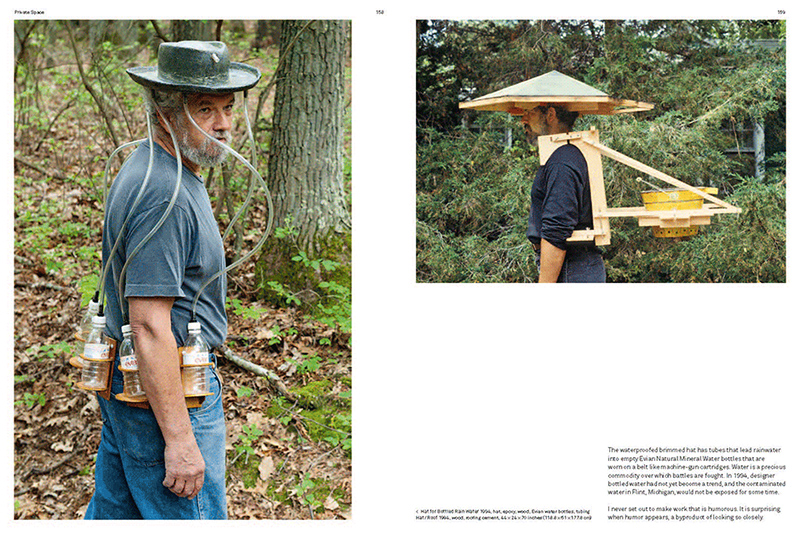 This isn't to say the Wexlers produce only architectural art. The Hat for Bottled Rainwater (above) is but one of many artworks that show their diversity of interests. Appearing to unite everything is the book's title, "absurd thinking." The hat is certainly absurd, though in many cases the absurdity is found in the process, not the end result. To put it another way, their absurd thinking is a way of considering the conditions for making art, conditions that for them are always contingent on place or space. This means that even the hat is arguably an architectural artwork, since it takes the human body as its site. Likewise, the Parsons Kitchen was made to fit into an awkward unused space next to an elevator, not just hold wine glasses and potato chips.

Covering 45 years of Allan's career – from his days as an architecture student at RISD and Pratt to the present – Absurd Thinking presents many, many projects in four thematic chapters: abstraction, landscape, private space, and public places. I would have assumed that works of interest to architects would be found in the last two chapters, but given Wexler's approach to each commission there is something architecturally appealing throughout. Take the tree branch pictured on the book's cover. Titled Reframing Nature, it started as a curved tree branch that he photographed, cut up, and then reconfigured into a straight branch; he then sawed and straightened the real thing with wood wedges. These wedges, or shims, are an integral part of any building project, and Wexler uses them in many of his pieces, all in surprising ways. The result may not look like architecture, but the thinking behind it and the means of its straightening get pretty close to the core of architecture: the fashioning of nature's raw materials into something organized for human use and pleasure.