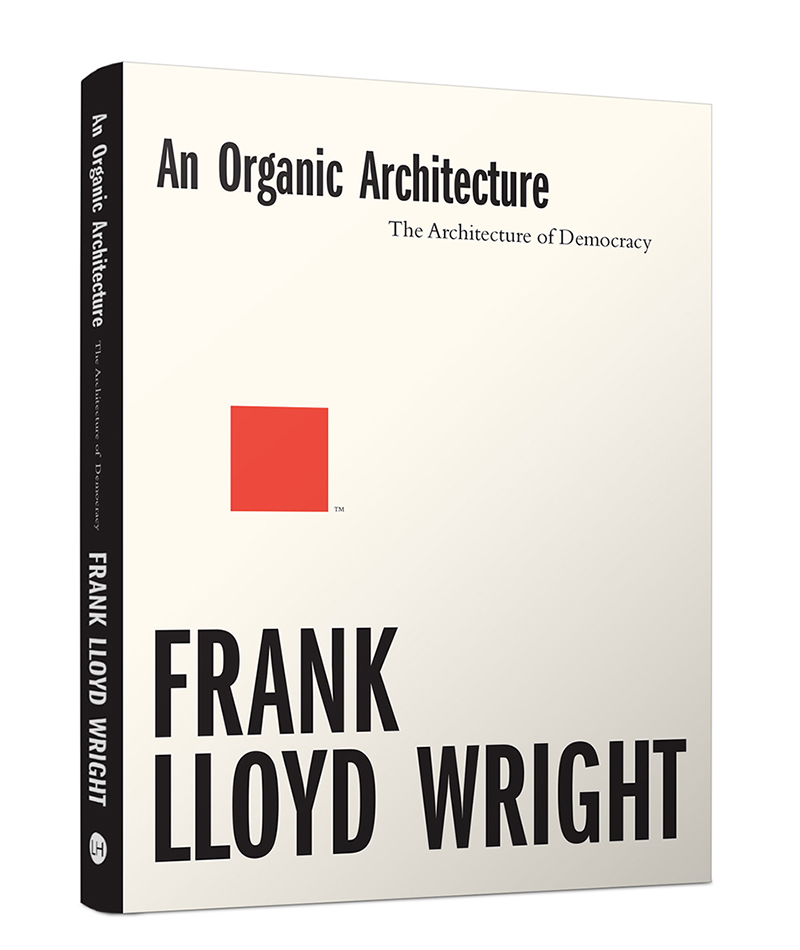 I should start by stating that I'm not a big fan of Frank Lloyd Wright's writing. In my 2009 review of Robert Twombly's Frank Lloyd Wright: Essential Texts, I wrote that "the texts are far from readable ... with a certain anachronistic style ... distancing Wright's language from today but also requiring a patience from the reader to distill the main ideas." I've yet to muster enough patience to tackle Wright's 500-plus-page autobiography from 1943, but his earlier An Organic Architecture offers a suitable, shorter alternative. Its publication by Lund Humphries coincides with the 150th anniversary of Wright's birth, a good time for people to look once again at the master architect's works – buildings and writings.

For the most part, An Organic Architecture is a more enjoyable read than other texts by Wright, and this stems partly from the fact it is a transcription of four lectures he gave at the Royal Institute of British Architects in 1939; his words appear to be more spoken than read. Commissioned by the Sulgrave Manor Board, the lectures were moved to RIBA when the organizers realized his talks would interest professionals rather than a general audience. Accordingly, Wright acknowledges in his introduction that the "spontaneous talks were not meant to be 'lectures' on Architecture," so he focused on "the place Architecture must have in Society if Democracy is to be realized." In effect, Wright used the occasion to argue for his "organic" way of designing over both traditional retreads and modern stylings. Here's an apt quote, a run-on sentence that also illustrates why I tend to stay away from his texts:


We at Taliesin see these new buildings, hard, unsympathetic in aspect, thin, as useful negation in appearance but, essentially, merely the expression of another aesthetic, though a better one and not greatly nearer the truth of architecture and no nearer the heart of life than the ornamenta and grandomania that preceded the modernistic.

Many decades after the talks and the book's initial publication, "organic architecture" is fairly well defined, at least formally. But as Andrew Saint spells out in his preface to the 2017 edition, "So clichéd has the term 'organic' become that we can hardly appreciate its unfamiliarity at the time for all but a few of his listeners." Although it's hard to discover Wright defining the term, there are occasional passages that spell out its traits, both in terms of architecture and, more generally, the relationship of people to nature:


Garden and building may now be one. In any good organic structure it is difficult to say where the garden ends and where the house begins or the house ends and the garden begins – and that is all as should be, because organic architecture declares that we are by nature ground-loving animals, and insofar as we court the ground, know the ground and sympathize with what it has to give us and produce in what we do to it, we are utilizing practically our birthright.

In this quote are hints of one of Wright's most controversial – and some say misguided – proposals: Broadacre City, in which he dismissed dense cities in favor of dispersed developments across the landscape of the United States (his Usonia). This is but one sentiment that made his talks in London a bit of an oddity. Nevertheless, Wright's engagement with his audience was lively and thankfully the lectures transcribe those words, something often missing from lectures turned into books.