Like E. Fay Jones's famous Thorncrown Chapel from 1980, the Mildred B. Cooper Memorial Chapel is fairly easy to find, given that the building has its own website with directions, the state has historical-marker signs along the roads leading to Bella Vista, Arkansas, and the chapel has even more signs pointing people in the right direction once visitors get closer. Completed in 1988, the Cooper Chapel is tucked behind a strip mall in a wooded area above the shores of Lake Norwood. 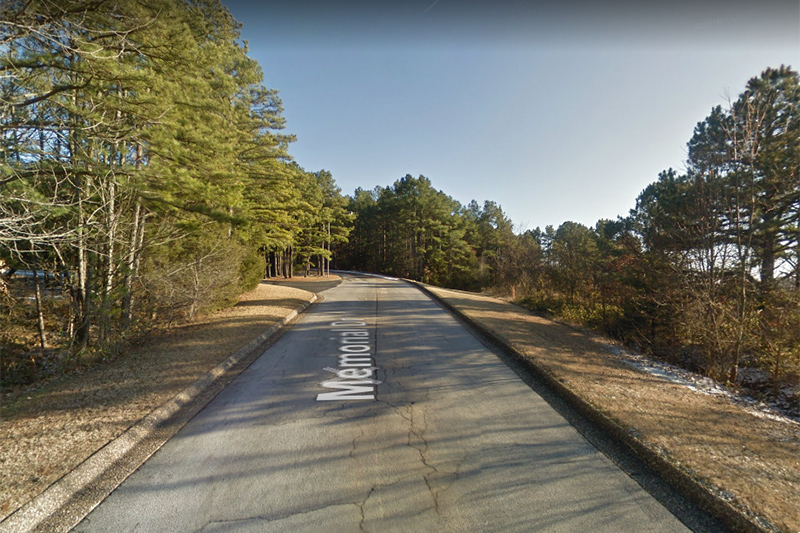 Comparisons to Jones's Thorncrown Chapel, his masterpiece completed in 1980, are bound to happen, especially with a building of almost the same size, serving a similar function, also located in Northwest Arkansas, and expressing many of the same formal characteristics (delicate structure, pitched roof, framing of wooded surrounding through glass walls, etc.). As at Thorncrown Chapel, one passes an office building before arriving at the Cooper Chapel, and like there I'm not sure if it was designed by Jones or not. 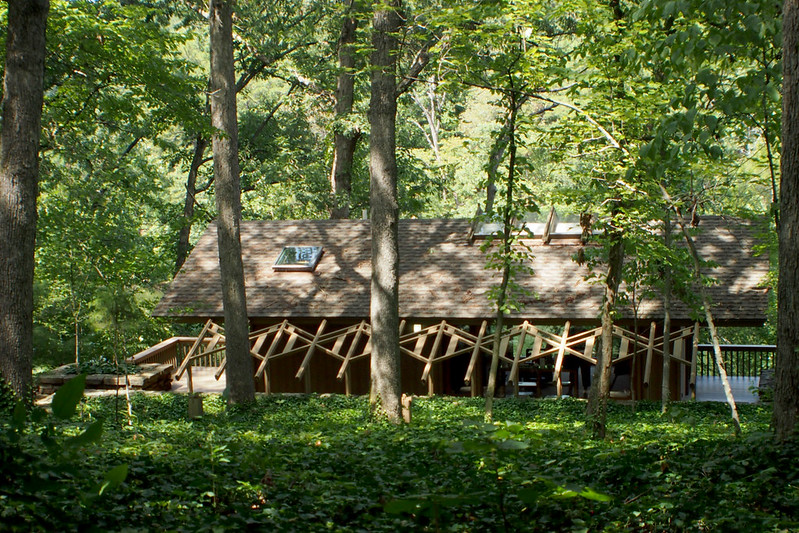 [The office | All photos from here on out by John Hill]

The Cooper Chapel also sits at the end of a path gently winding its way through the trees, though it is much more open in its setting than Thorncrown Chapel. Where Thorncrown Chapel's wood structure almost dissolves into the woods, the solidity of the Cooper Chapel's front makes it more classically religious and architectural: This is clearly a facade, one that expresses its purpose and is meant to be appreciated. 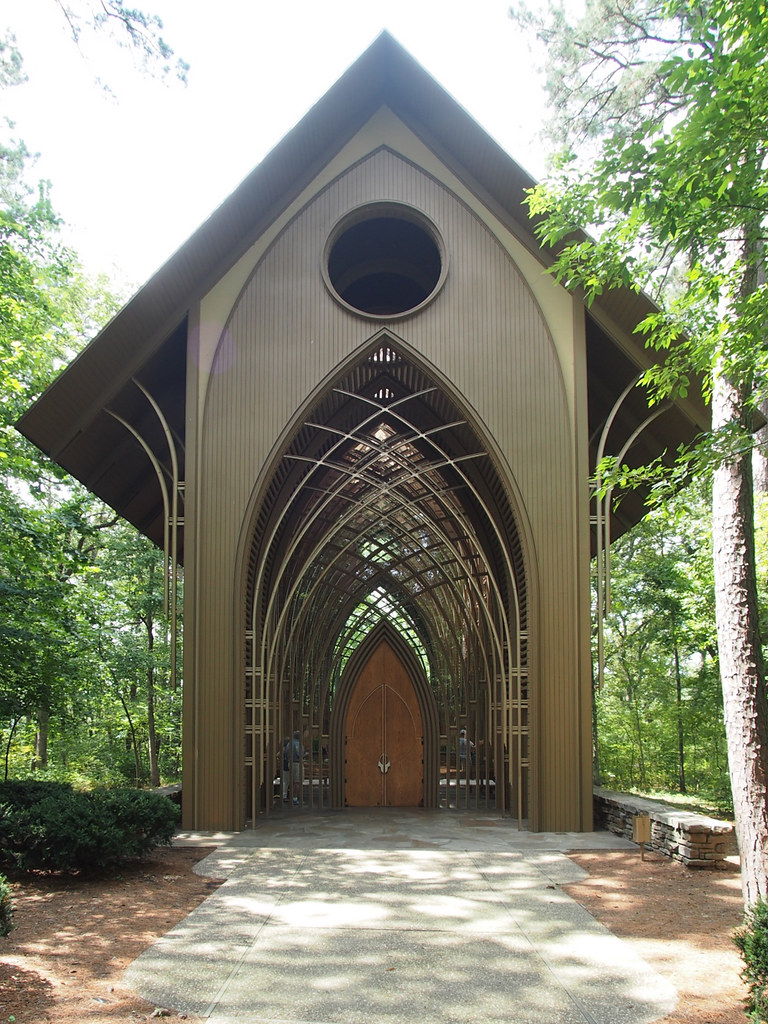 Another notable difference out front is the outdoor vestibule, a relatively deep sheltered space that invites visitors inside. 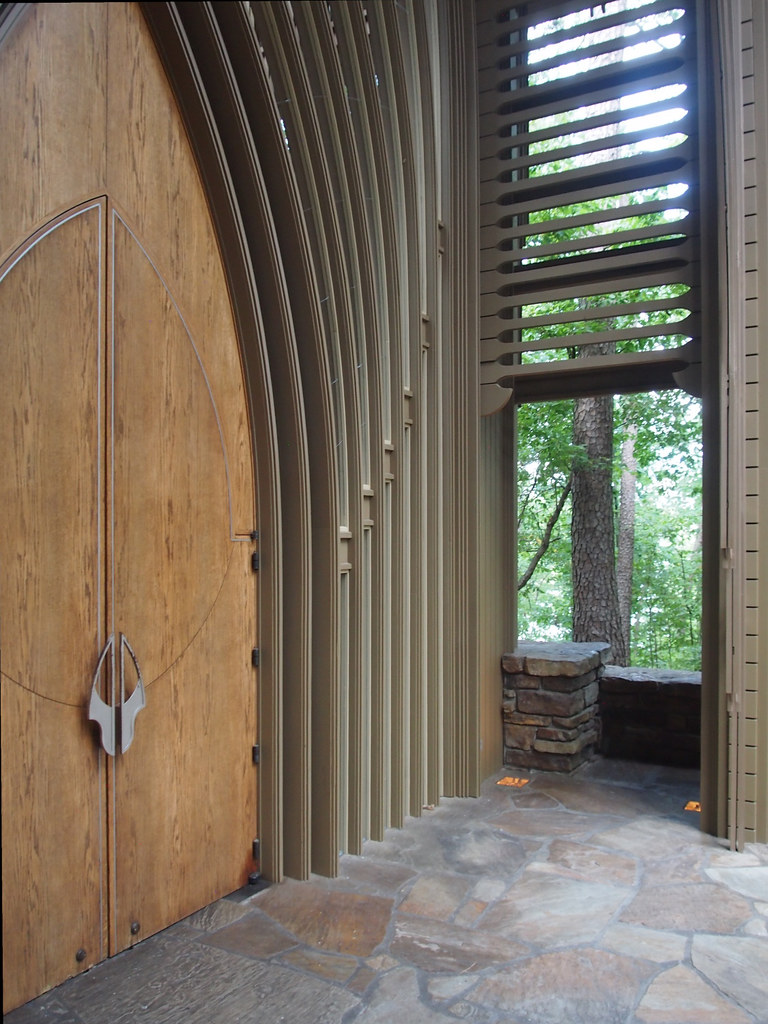 The view upwards in this outdoor space is especially captivating. 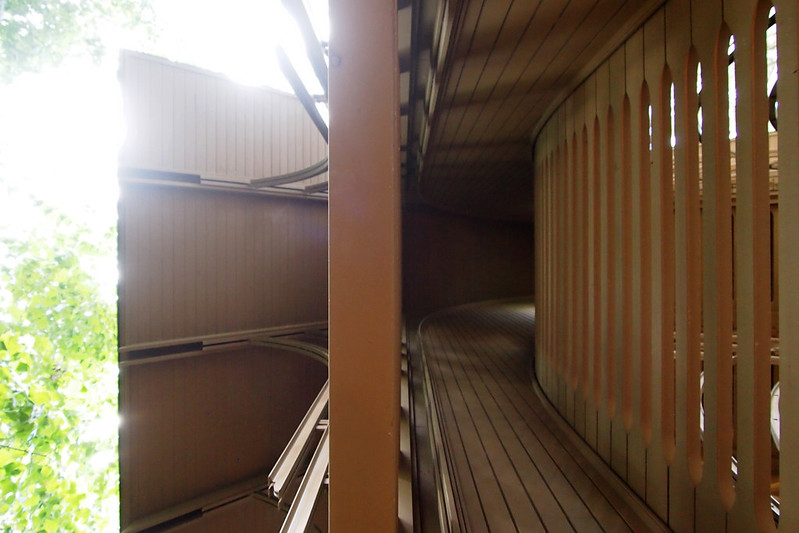 Of course, what really sets Cooper Chapel apart from Thorncrown Chapel is the steel structure, which is expressed most overtly in its curves overhead. These curves seem to be generated by the rose window that fronts the chapel 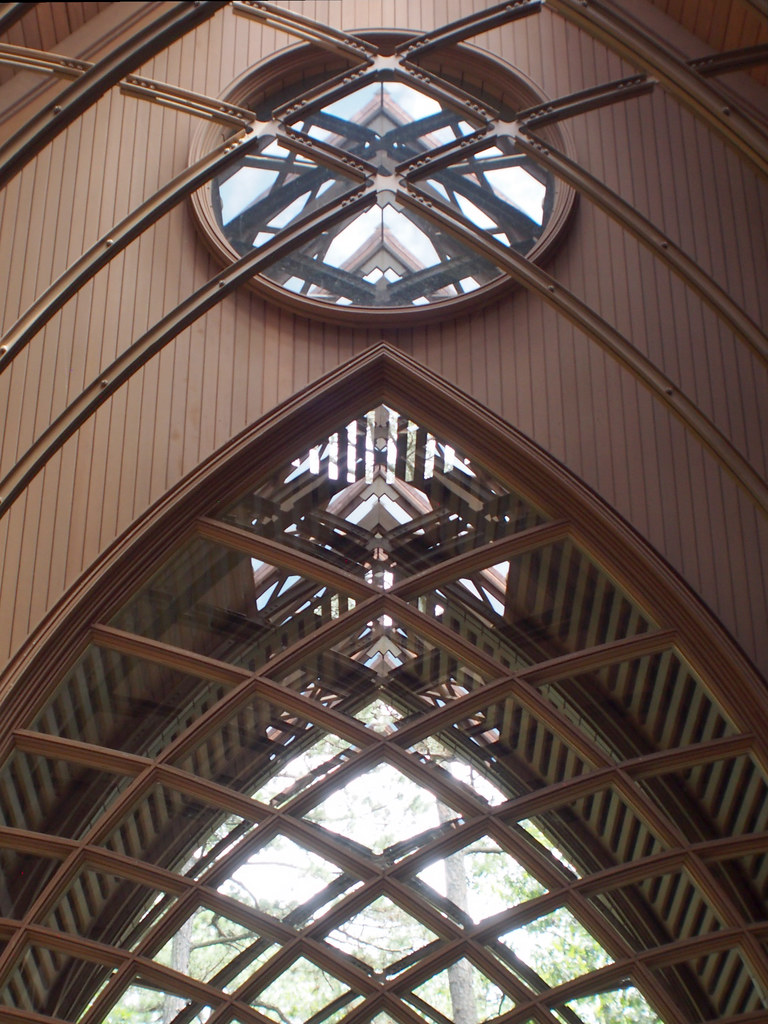 The rose window – simply an opening, free of color or any other ornament – is repeated inside the chapel, a symbolic shape in the vein of the diamonds repeated in Thorncrown Chapel. 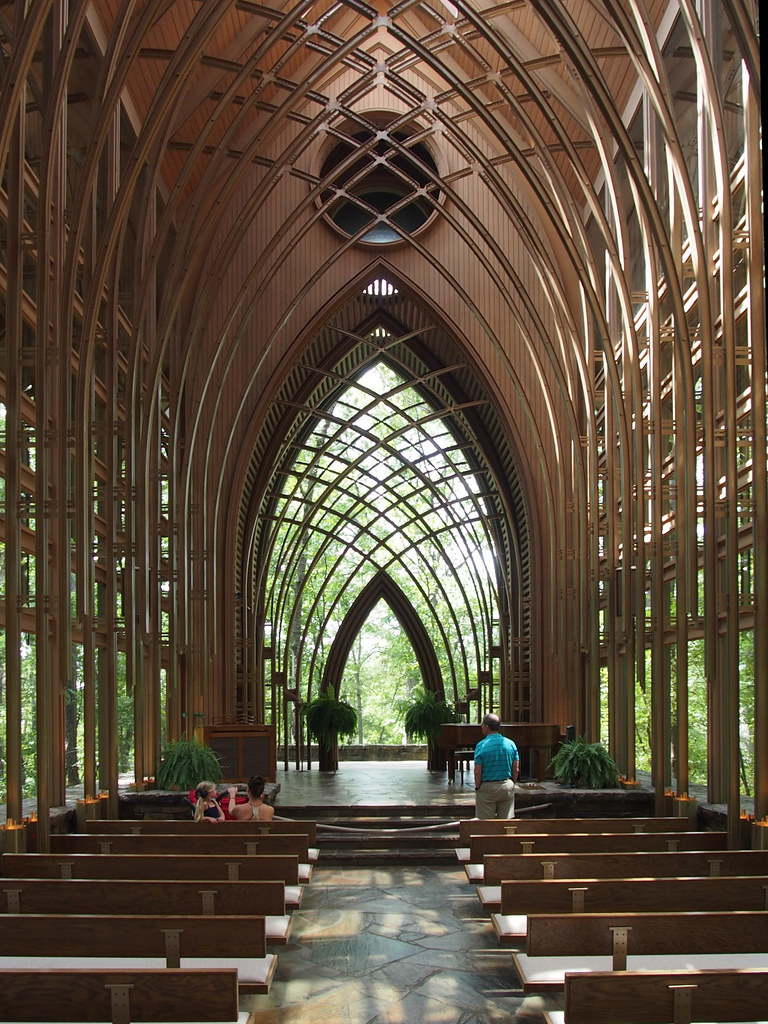 The stone walls aligned with the pews and serving as a base for the delicate steel and wood structure above is a detail consistent with Thorncrown Chapel, one that accentuates the view of the trees outside. Yet with a deeply layered structure found at the sides, the lights happen near the base, pointing upwards to highlight the structure after sundown. 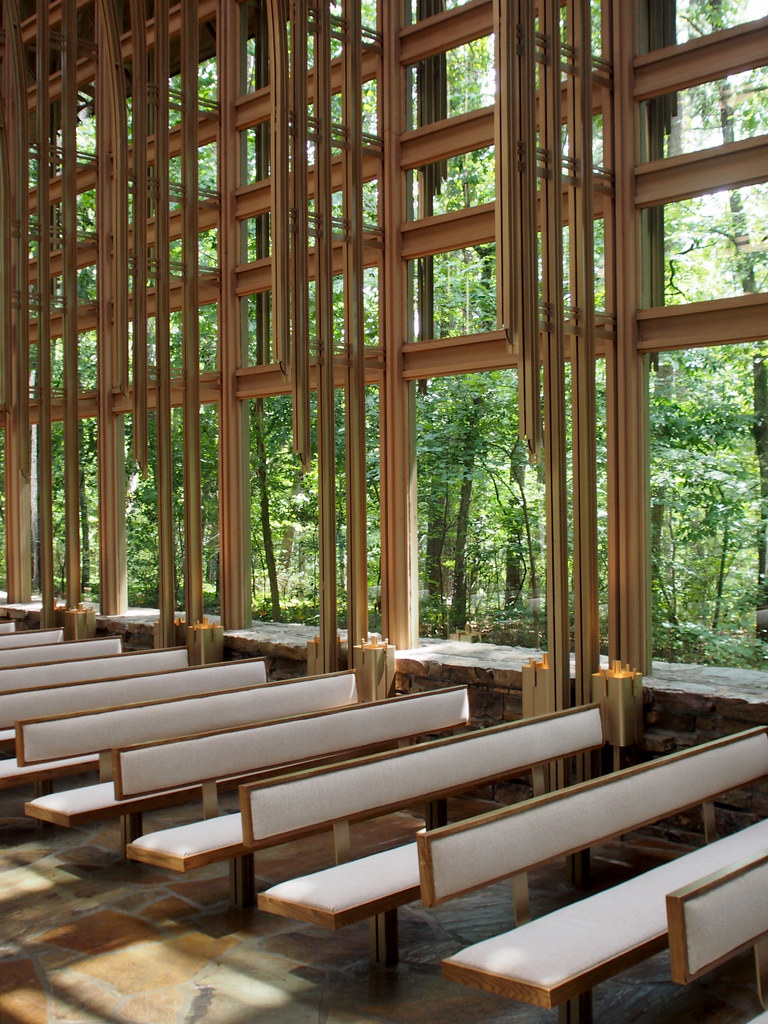 Patterns of sunlight inside the chapel are a result of the surrounding trees and the building's structure interacting with each other. 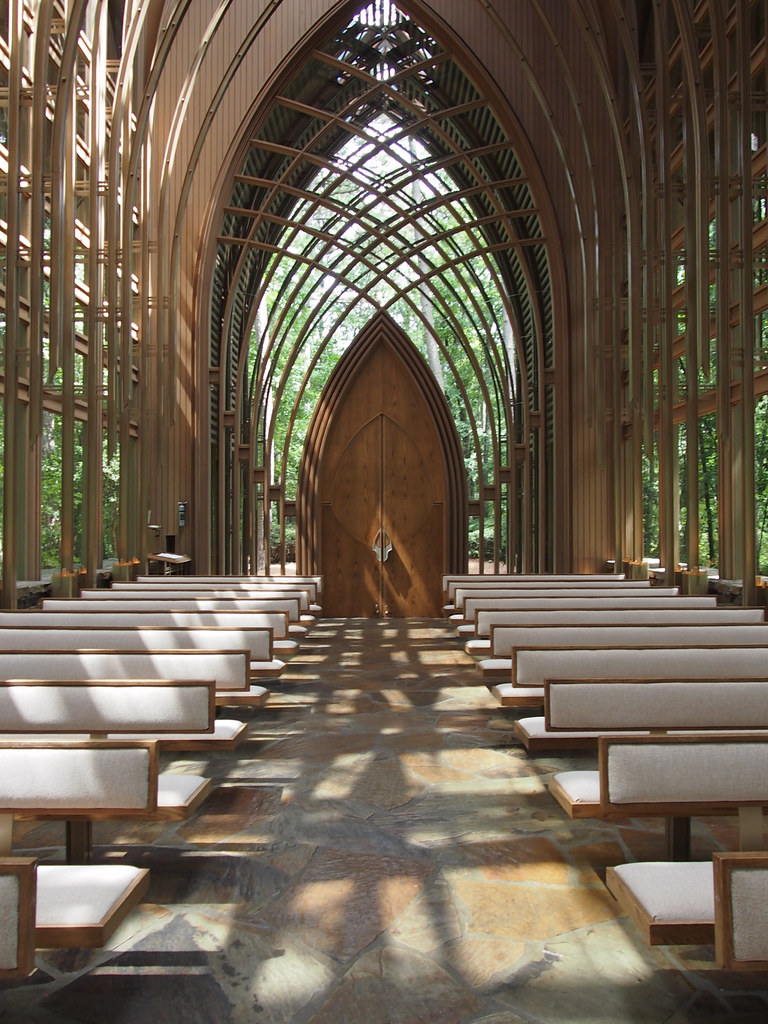 My favorite views of the chapel are of the curved structure overhead, Gothic arches in steel that recall French buildings from the 19th century. 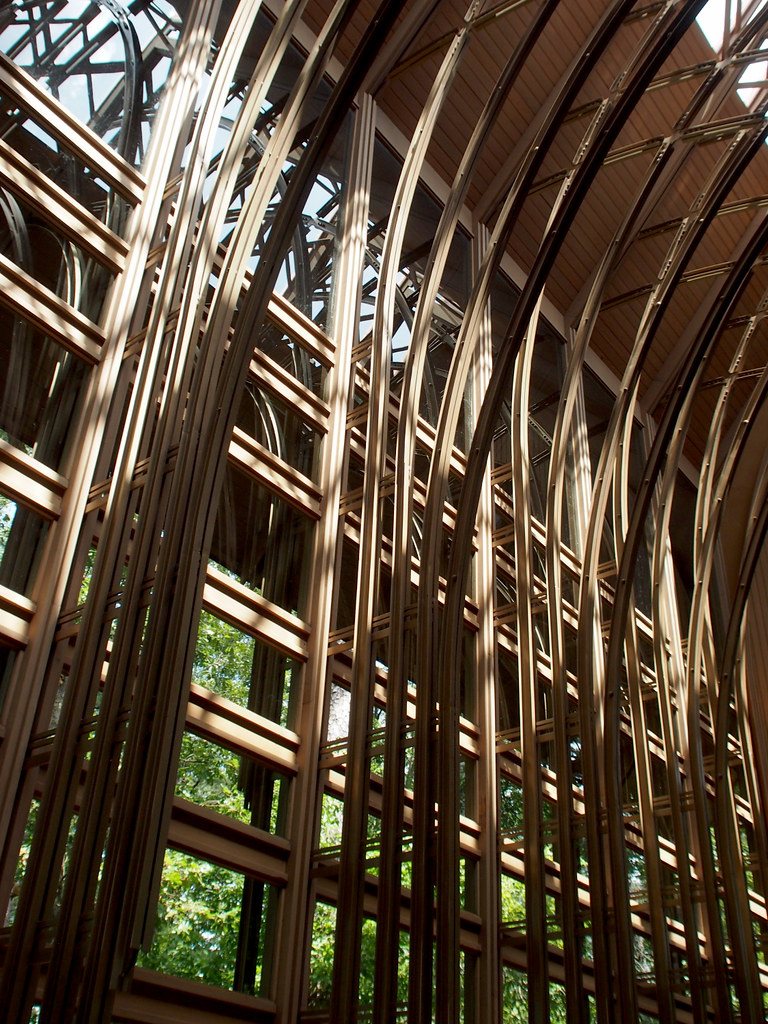 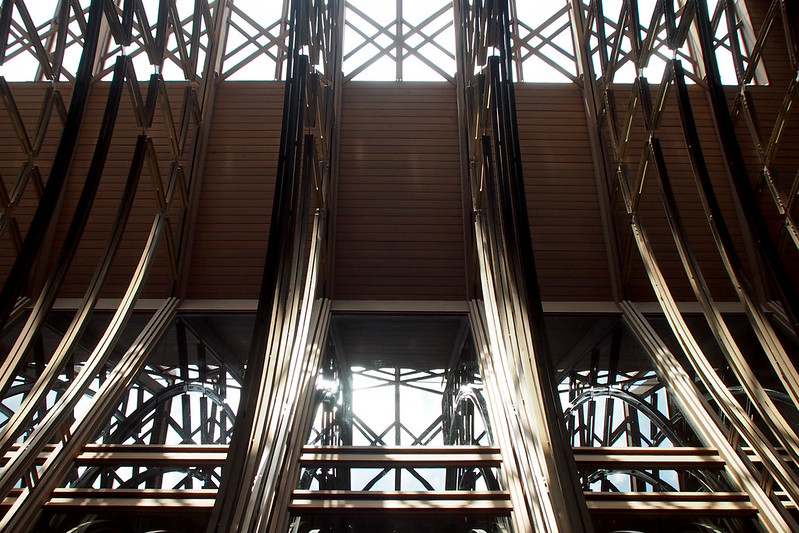 As at Thorncrown Chapel, visits cannot circumnavigate Cooper Chapel outside, but views of the side elevations are pleasing, with dense verticals rising above the stone base and curving out to support the roof's deep overhang. 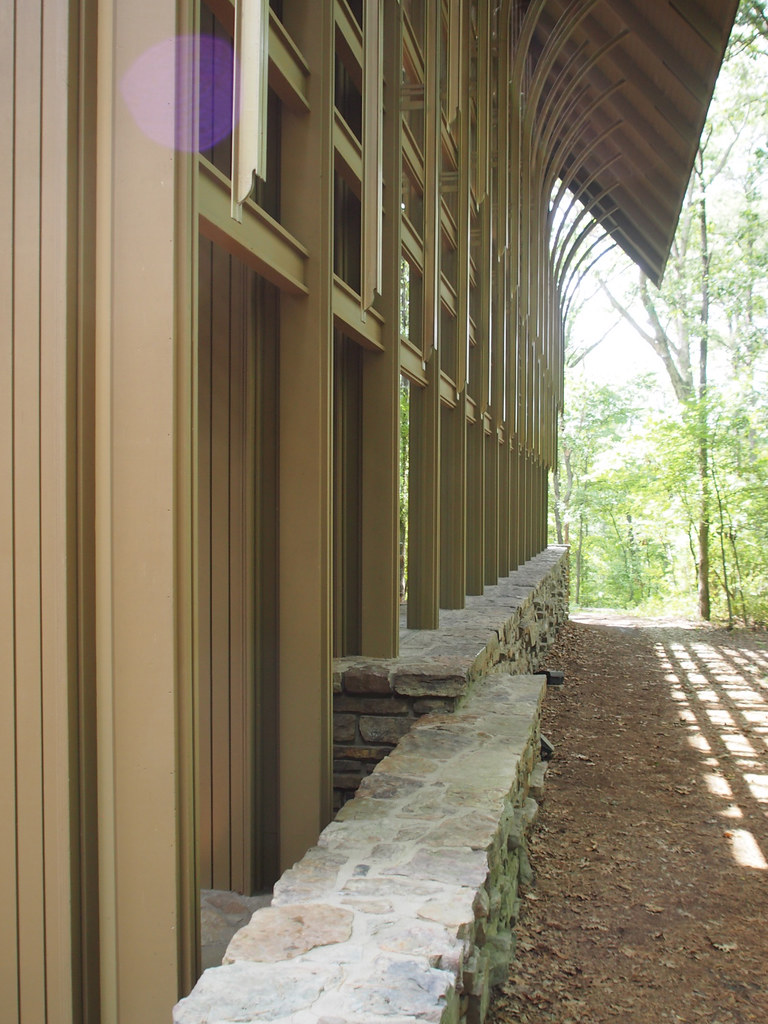 Although not as well known as Jones's Thorncrown Chapel, the Mildred B. Cooper Memorial Chapel (built by her family in her honor) is every bit as exhilarating and calming as his earlier masterpiece.
Email Post