Earlier today I had to take my laptop in for some service at the Apple Store in Grand Central Terminal. To get there I walked down Park Avenue, stopping at 270 Park Avenue to take some pictures of the trees and bollards surrounding the corporate tower that is home to JPMorgan Chase & Co. 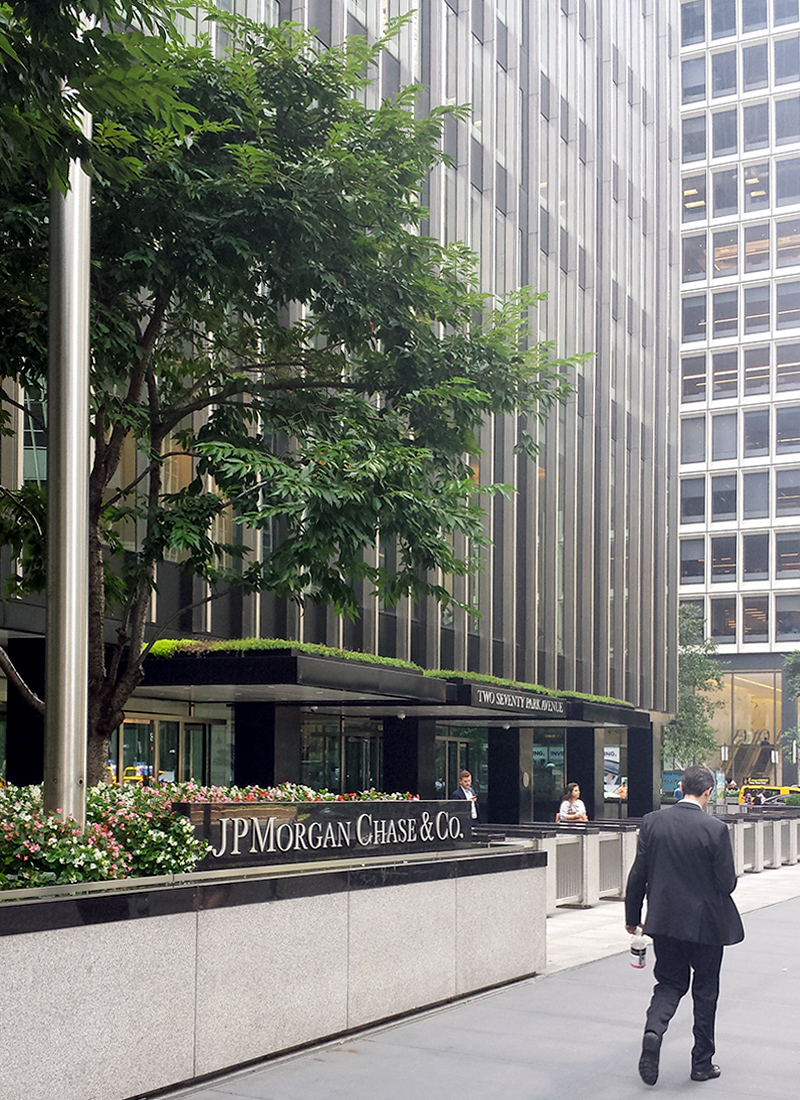 The 52-story tower was designed by SOM's Natalie de Blois and completed in 1961, at which time its plaza was basically barren: 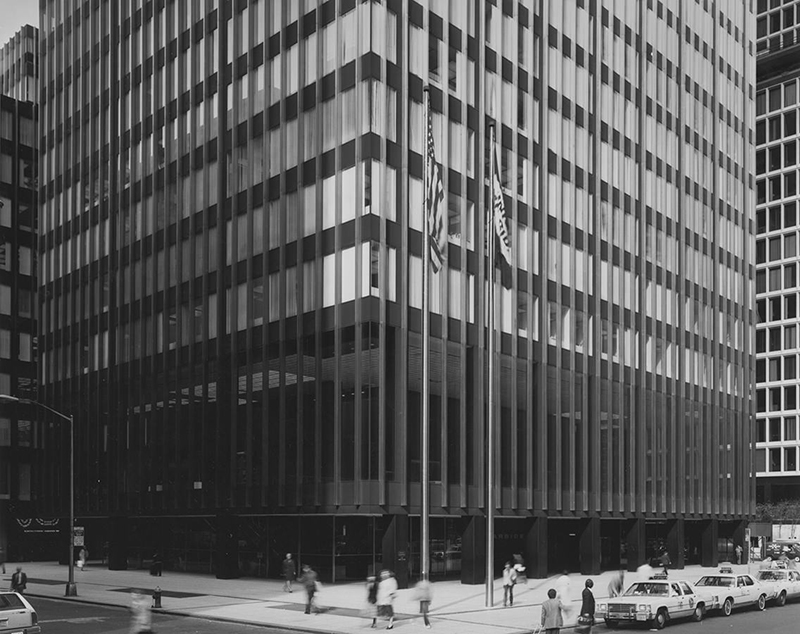 SOM's page on the project indicates the firm renovated the building twice: in 1983 for Manufacturers Hanover Corporation and in the 1990s, when the firm merged with Chemical Bank. I can't tell if the plaza was renovated into its current state on either occasion, though I'm guessing from the size of the trees that it was more recent. 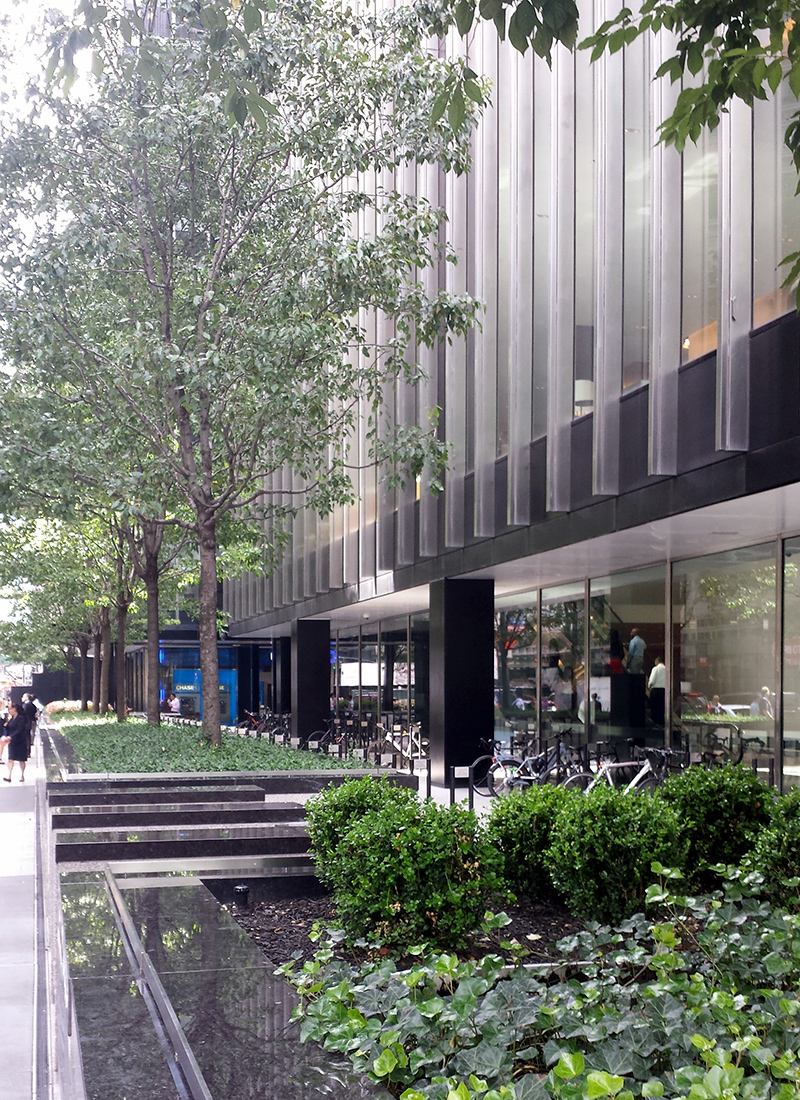 Some digging around in NYC's handy BIS turned up an August 2000 permit filed by Gensler for Chase Manhattan Bank for the "installation of bollards" (and related "structural reinforcements"), as well as a permit filed one month after 9/11 for the "installation of temporary bollards." Again, I can't tell if this is the work that yielded its current state, but the combination of trees and bollards has an obvious post-9/11 feeling to it. 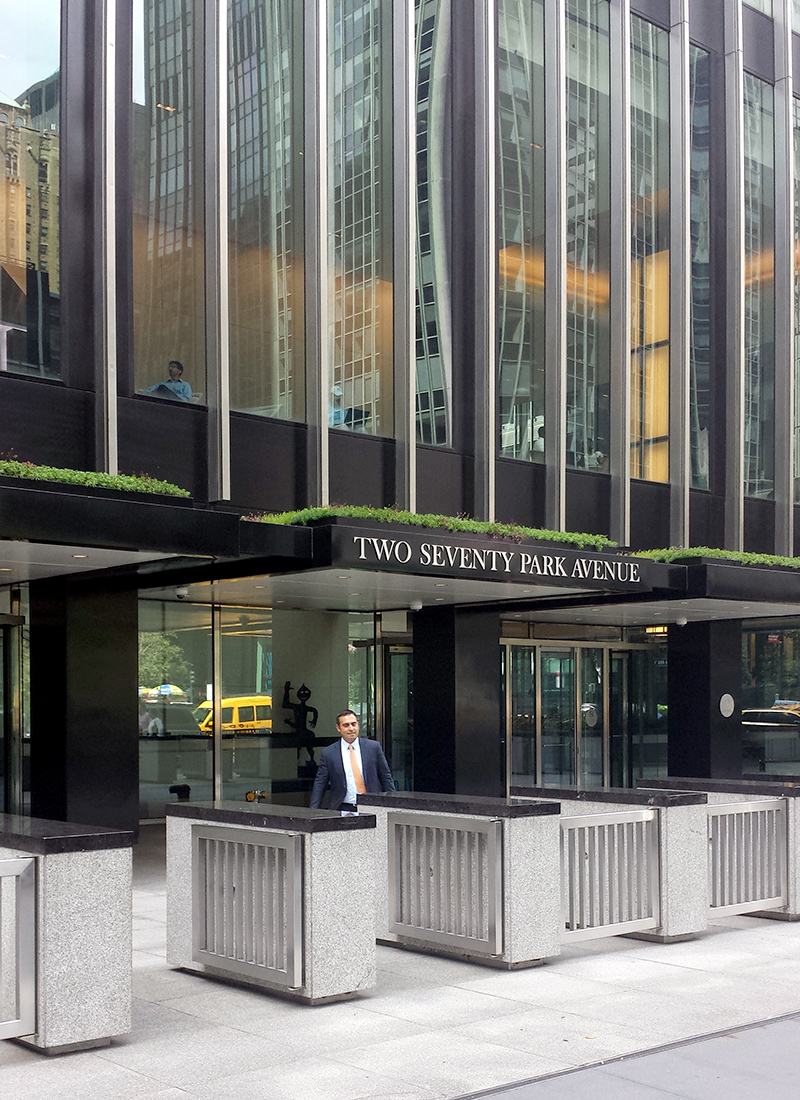 Comparing today's photos with a Google Street View from summer 2011, all the "bones" are in place below, but one detail is missing: the gates between bollards. This is the element that really struck me as I was walking by. Bollards are a common feature ringing corporate headquarters in Manhattan, especially banks, but it's odd to see an outdoor space further fortified with gates.