From Shooting to Shopping

Astoria, Queens, isn't really known as a living hell, but that is how some residents described one portion of the neighborhood – the intersection of 36th Avenue and 34th Street, to be precise. That is where the disorderly Club Purlieu was located and where, in March 2016, a cab driver was shot in the head by club patrons. A couple months later the club closed and its neo-Greek building has stood empty since then. 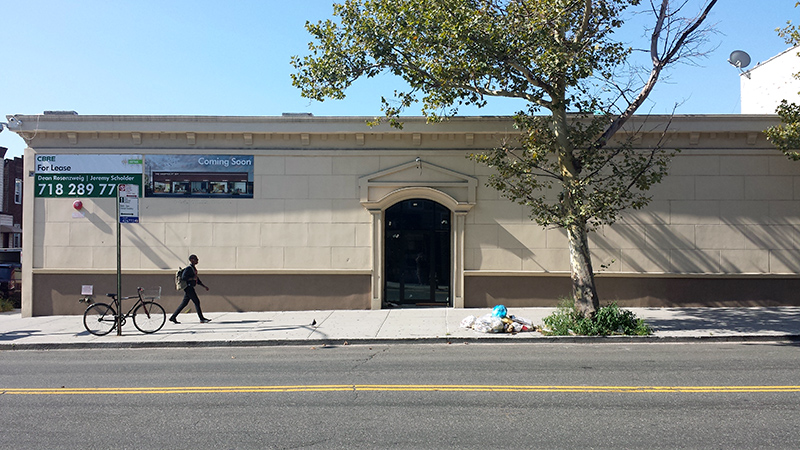 I walked past the empty building this morning on the way to work and noticed a "coming soon" sign on the exterior. Per DNAinfo, "[the building's] new landlord [is] looking to fill the property with high-end coffee shops, restaurants and other retail options." 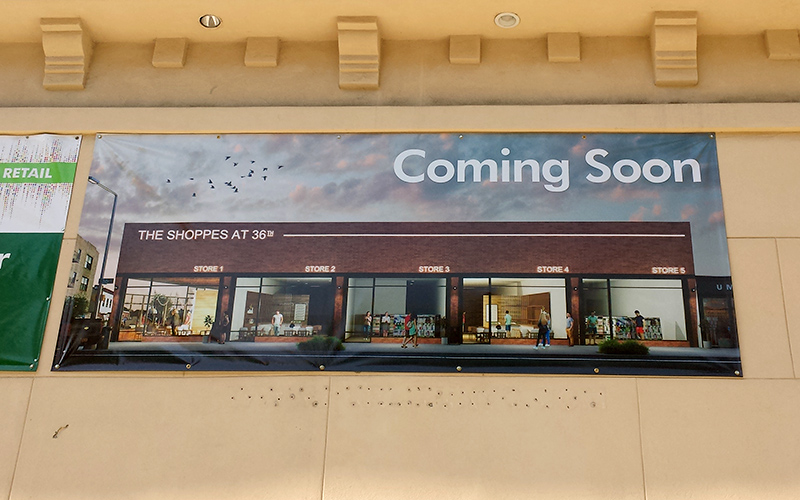 Apparently designed by BizDesigns, per a February 2017 permit, "The Shoppes at 36th" is envisioned as more open and modern than its previous state. The permit is an ALT2, meaning the structure is being retained and the 6,800-sf interior is being gutted into potentially five individual storefront spaces. Although hardly a groundbreaking design, the project is a welcome addition to the neighborhood and a big improvement over its predecessor – in more ways than one. 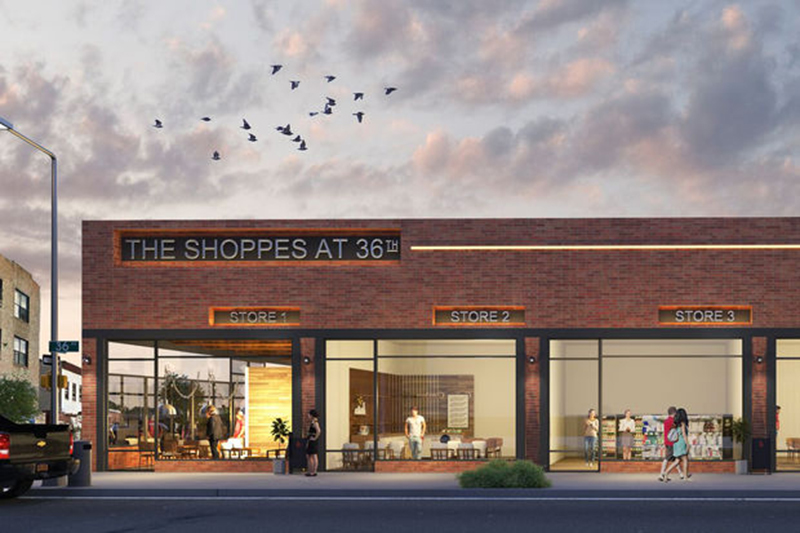