This book can be purchased from Idea Books. 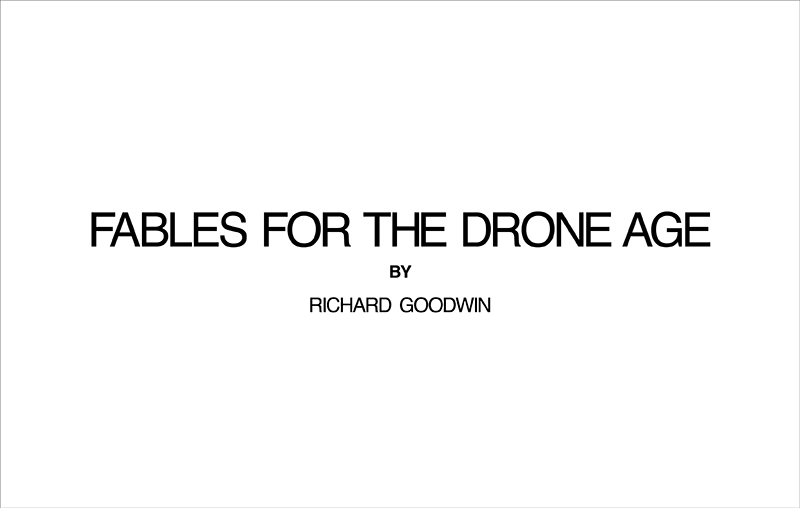 Even though I cover architecture for a living, every now and then I come across architects who have been practicing for a while but for some reason I'm unaware. One such architect/artist whom I should have known about much sooner is Richard Goodwin; according to his website he has been practicing for 42 years. Quick glances at the Australian's work, both on his website and in this new book coinciding with an exhibition at London's Betts Project earlier this year, brings to mind the work of Lebbeus Woods, Kaplan and Krueger, Wes Jones, and other architects whose practices veered into art and confronted technology head-on. 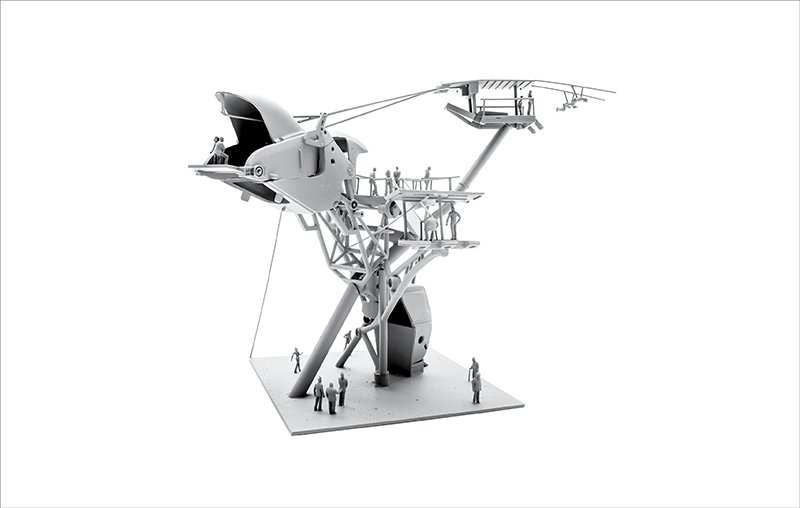 Fables for the Drone Age, produced by N Editions, was inspired by Grodon Matta-Clark's artist book, Splitting, from 1974. Although I wasn't familiar with that book, a quick Google search yields immediate similarities: a landscape format, simple text and images floating on white pages, and a gatefold. In Goodwin's book, that gatefold comes on the inside of the back cover, a treat after the comparatively small images throughout the rest of the book. Fables collects fourteen of Goodwin's monochrome sculptures interspersed with prose that opens up the meaning of his works to even more interpretation. 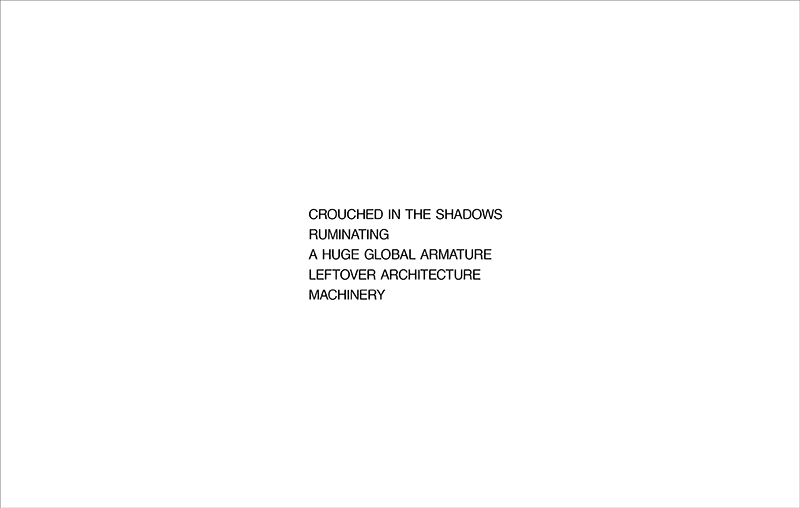 Two somewhat contradictory ideas came to mind when immersing myself in Fables: the violence of machinery/technology and the enthusiasm of youth. The first comes across fairly directly, as in the destructive Syria, one of the most recent works in the book, and Twin Parasite (below), in which a model car is maligned onto a tower-like slab. It turns out this model is a maquette for a full-sized piece with a real car that was installed in Aarhus, Denmark, in 2015. This maquette brings to mind the second aspect, youthful enthusiasm, since Goodwin uses model kits in his pieces, the type that kids (boys, mainly) build – or at least they used to build. I got car and plane kits as a child and patiently tried to make them resemble the photo on the box. But I never "hacked" them the way Goodwin does, using their parts in unexpected ways (like turning a helicopter into Paddle Tower) or using them as subjects for tableaus that splinter any boyhood optimism. 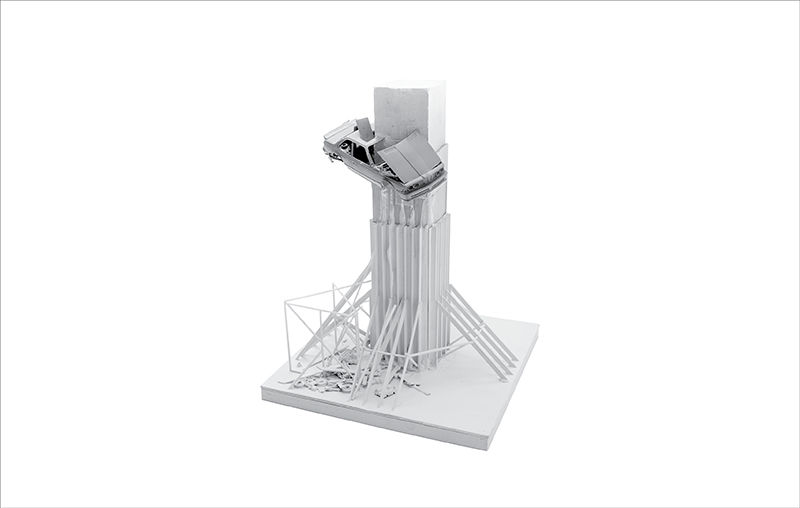 With often violent interactions between machines and buildings, and with war an occasional subject, it's hard not to equate Goodwin's output as seen in Fables most strongly with the late and highly influential architect/educator Lebbeus Woods. I'm not sure if the two knew each other or were just kindreds, one in Australia and one in New York, but obviously technology and violence are universal concerns. But they are concerns that are all to often set aside by architects in favor of ones that are more mundane and less political. Thankfully there are voices like Goodwin who tackle difficult subjects like these in provocative and sometimes elegant ways.
Email Post
Labels: book-review