CAF on the Move 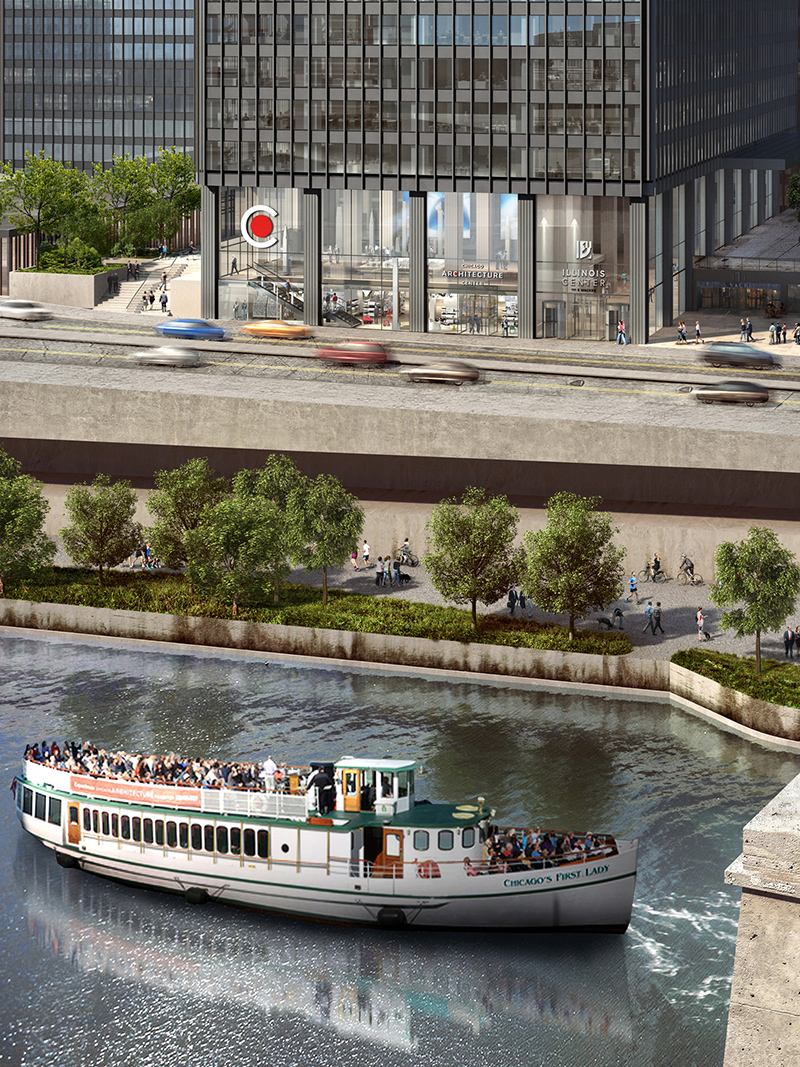 The move, though logical for CAF's operations and visibility, is evident of a shift in Chicago's downtown toward the river. 111 East Wacker sits near the earliest stretch of the Chicago Riverwalk, whose third phase opened last year. Mayor Daley had Millennium Park, but for his successor, Rahm Emanuel, it's all about the Chicago River.

More than any shifting tides in the city, though, I'm most intrigued by the design, which is much more than renovating a storefront. The design encloses an open plaza beneath the building and reworks the base where it meets Wacker Drive. Here is the existing condition, by comparison with the rendering above: 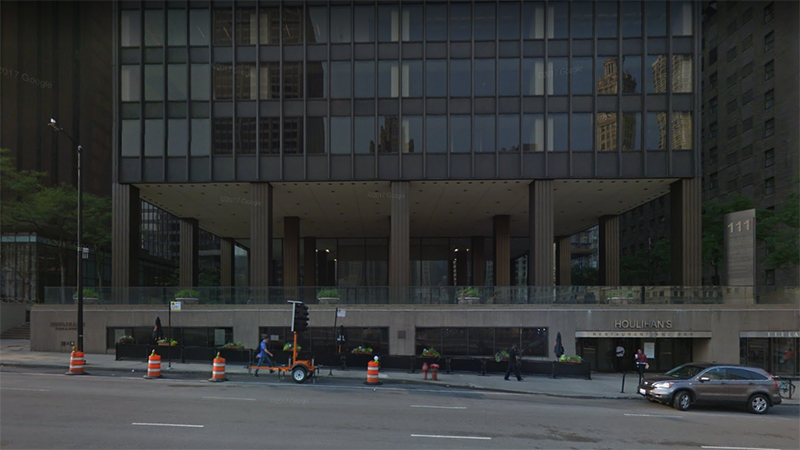 I don't see any objections to AS+GG's design, especially since the walk up Wacker from Michigan Avenue toward Lakeshore East has never been very nice (no wonder the outdoor seating at Houlihan's is empty in the view above), and the nicest parts of the elevated Illinois Center plaza is found on the other side of 111 East Wacker.

The Chicago Architecture Center is expected to open in summer 2018.
Email Post