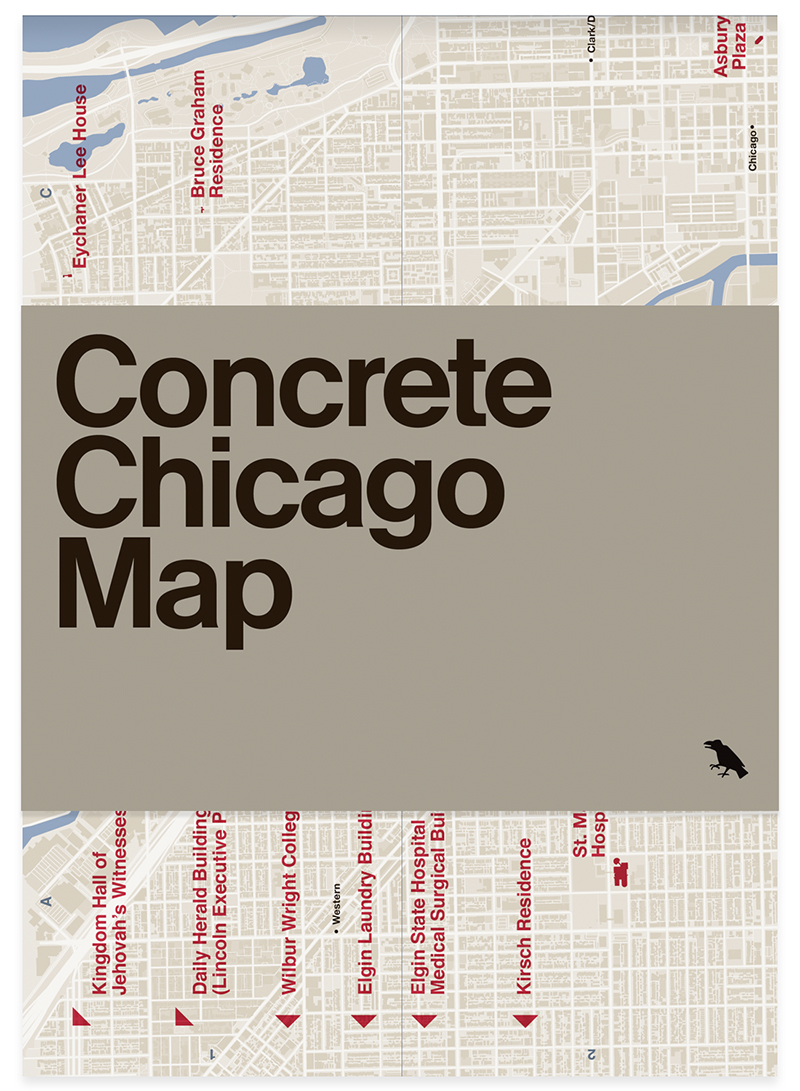 Think "Chicago architecture" and most likely concrete doesn't spring to mind. Brick, as in the Prairie houses of Frank Lloyd Wright, for sure. And steel, of course, in the towers of Ludwig Mies van der Rohe and his followers. But think deeper: Frank Lloyd Wright designed the masterful Unity Temple in Oak Park, which left its concrete frame exposed. And before his influential 860-880 Lake Shore Drive apartment towers, Mies built the Promontory Apartments in Hyde Park, which likewise exposed its concrete structure. Although these two concrete buildings are not included in Concrete Chicago Map, they signal that the material was not completely alien to the Windy City. It would take architects working in the 1960s and later — those looking to move beyond the restrictions of these two, ever-present giants — to fully explore concrete's potential across Chicago and its suburbs. 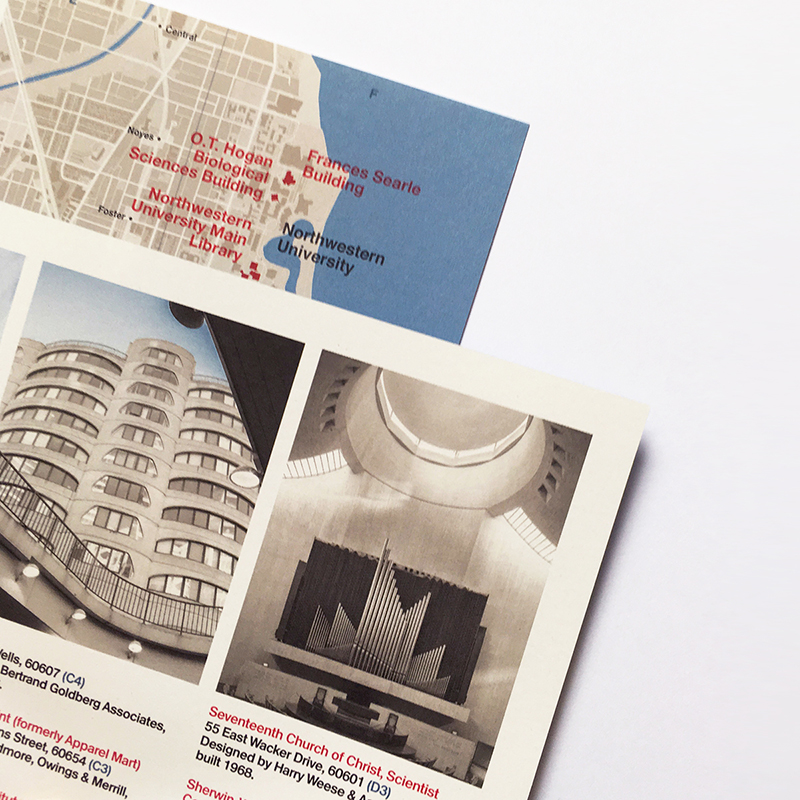 The indefatigable Iker Gil — architect at MAS Studio, editor-in-chief at MAS Context, and associate curator of this year's US Pavilion at the Venice Biennale — edited the Concrete Chicago Map, which consists of a map on one side and an alphabetical list of its 52 buildings with photos of 20 of them on the other side. The latter is accompanied by Gil's short introduction, which calls out two other architects (not Wright and Mies) whose work stands out in the second half of the 20th century: Bertrand Goldberg and Walter Netsch.

Netsch, one of SOM's more idiosyncratic designers, was responsible for the masterplan and many of the buildings at University of Illinois at Chicago. A quick scan of the map reveals clusters of buildings at UIC Circle campus but also at the University of Chicago and Northwestern University. Apparently concrete was embraced most enthusiastically at academia more than elsewhere in Chicago.

Goldberg designed Wilbur Wright College, but he is best known for Marina City, whose concrete "corn cobs" were recently landmarked. His Prentice Women's Hospital, unfortunately, was less appreciated and met the wrecking ball in 2014. This fact is pointed out by Gil, in effect turning the map into an argument for preserving buildings that might meet a similar fate if they're not appreciated for their architectural merits. 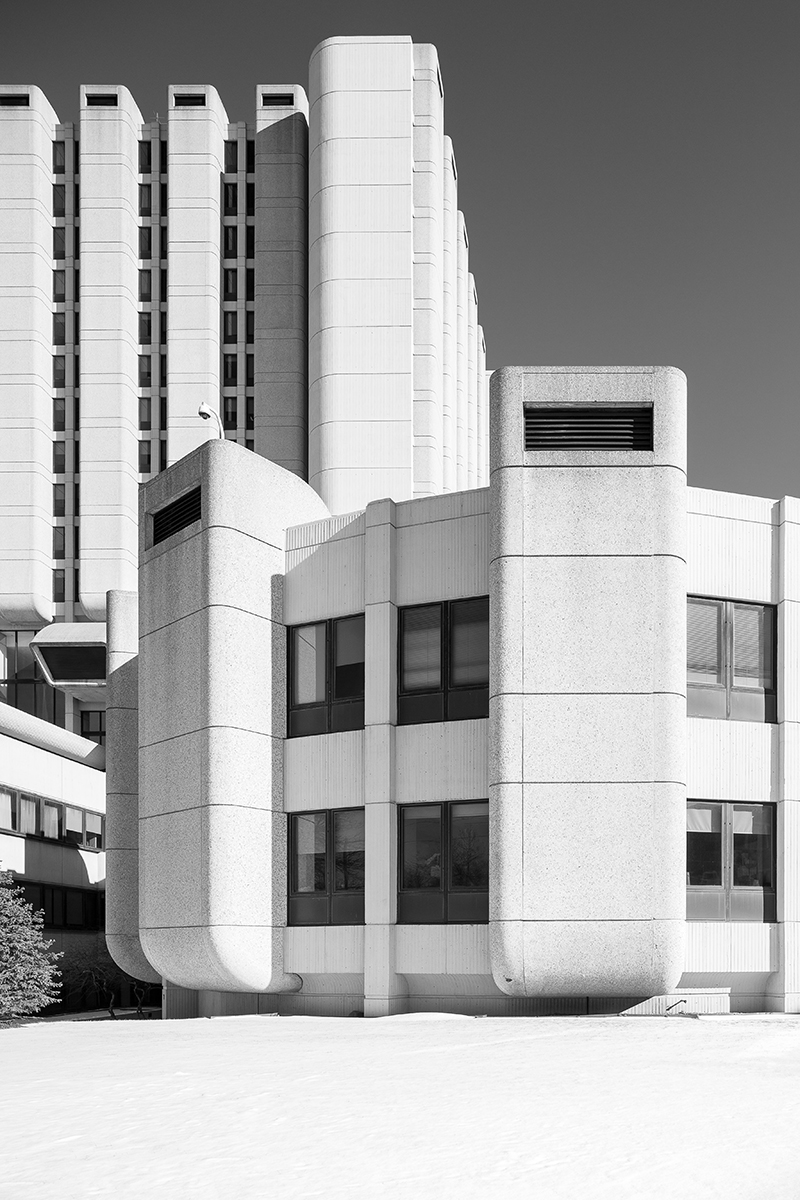 As somebody very familiar with Chicago architecture, Concrete Chicago Map, though handsome, provides few surprises, making it ideal for travelers less versed in its architectural wonders. But surprises there are: Errol Jay Kirsch's expressionistic mass of concrete in Oak Park, the bastion of Wright, and Salvatore Balsamo's Kingdom Hall of Jehovah's Witnesses in Northbrook, to name just two. The latter is not nearly as striking as any buildings by Goldberg or Netsch or even Jeanne Gang, a contemporary architect who fully embraces the material. I point it out since it's located in the suburb I called home for the first 20-odd years of my life (it's actually just a few blocks from the architect's office I worked at in high school), but somehow I never noticed it. This building reveals how Concrete Chicago Map extends well beyond the academic bastions of concrete and those notable examples in around the Loop, and it shows how some great architecture is right around the corner from where we live or work — we just have to know where to look. Too bad this map wasn't around for me back then. 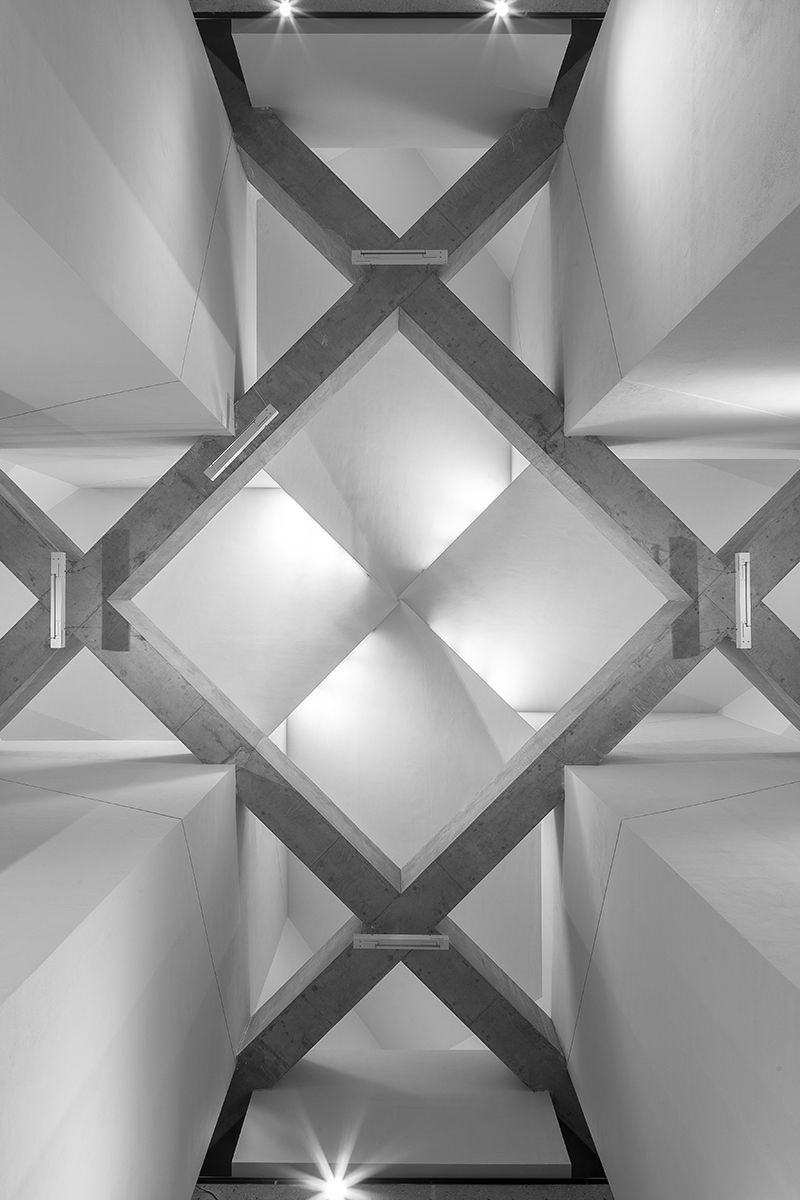