Over at World-Architects I did a write-up of Image Building, an exhibition that opened last weekend at the Parrish Art Museum. Some of my favorite images in the exhibition, which "explores the many connections found among viewer, photographer, and architect, from the 1930s to the present," are by Steven Shore. I didn't include him in my write-up, so I'm focusing on him here, specifically his Uncommon Places series from the 1970s. Sparsely populated, and with rich colors and tones, his photographs exude Hopper-esque qualities.

When thinking about what to say about his photos, I decided to jump into Google Street View and find the locations, so see how much they've changed. It was not a hard feat, given that Shore labeled his photographs as the intersections where he took them. Even if via an app instead of in person, it was fun to come across the same spots that he depicted back then. Below are nine of his photographs and nine embedded Street Views. In some cases, the differences between then and now are not very great, as in the first photo, but in many there's only one building or other element that spans the last 40-plus years. 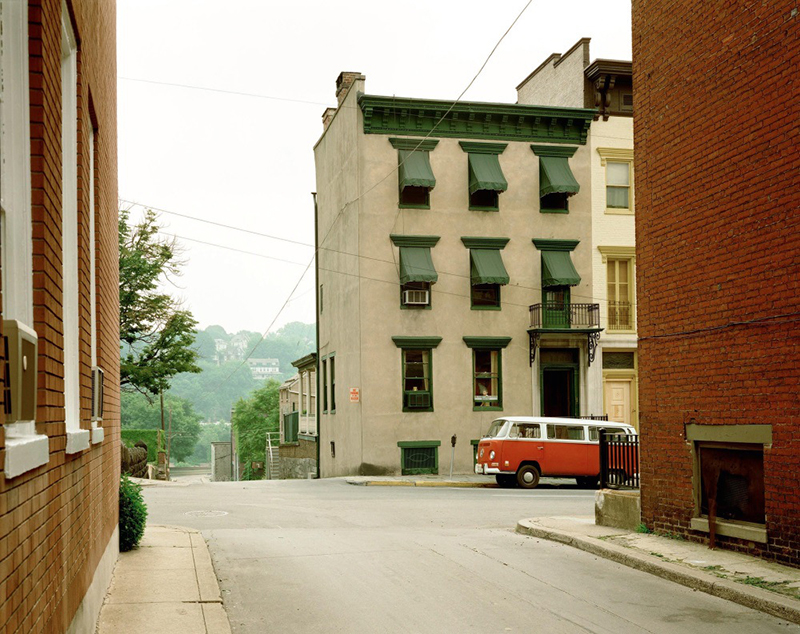 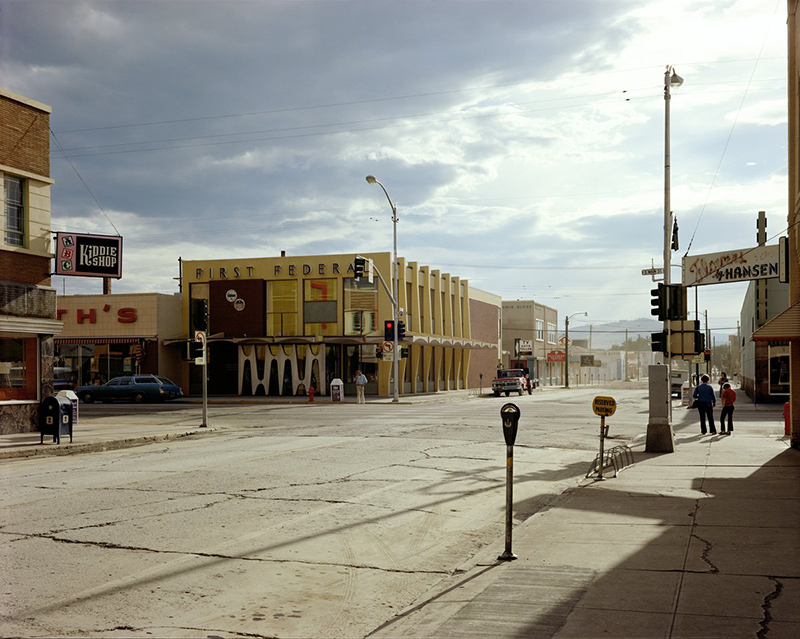 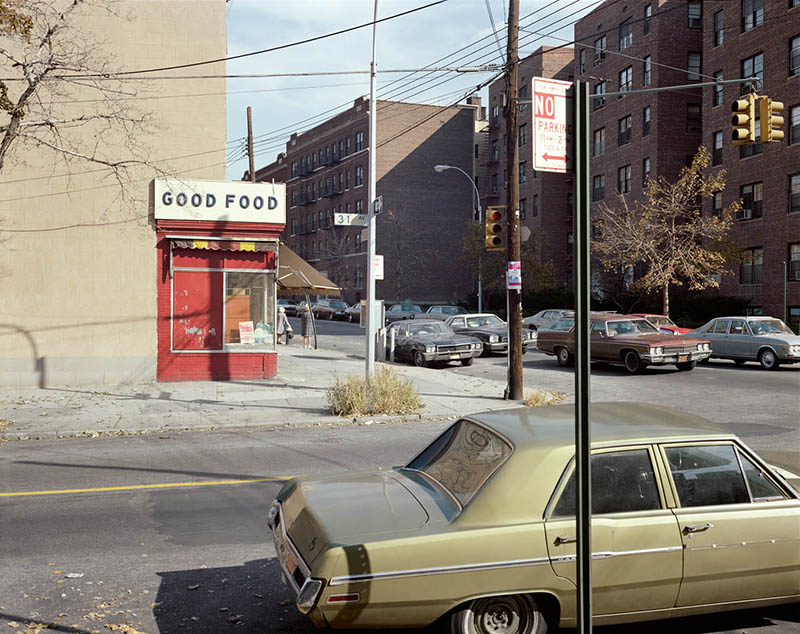 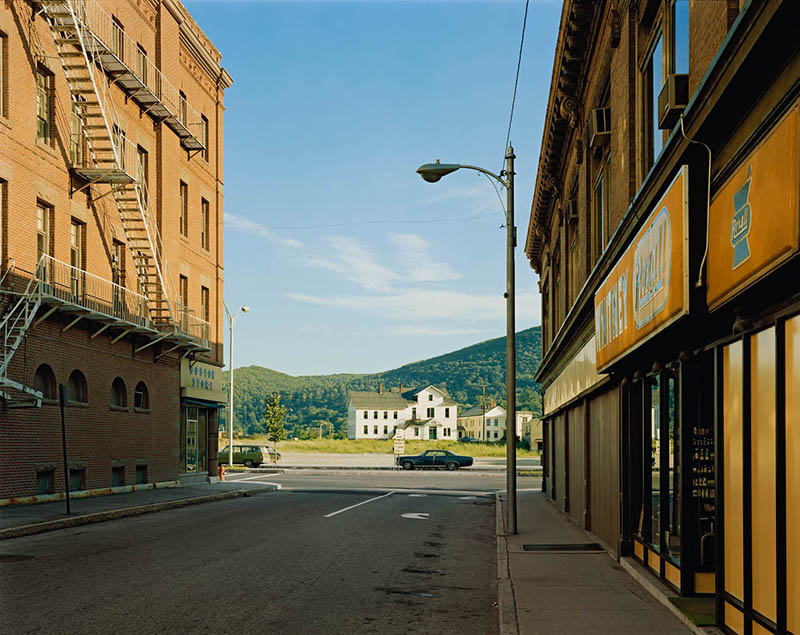 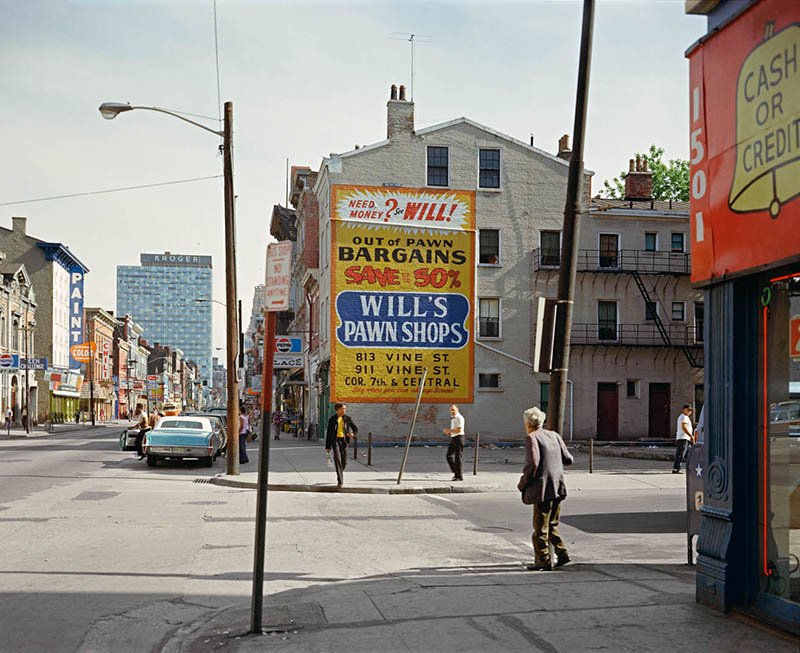 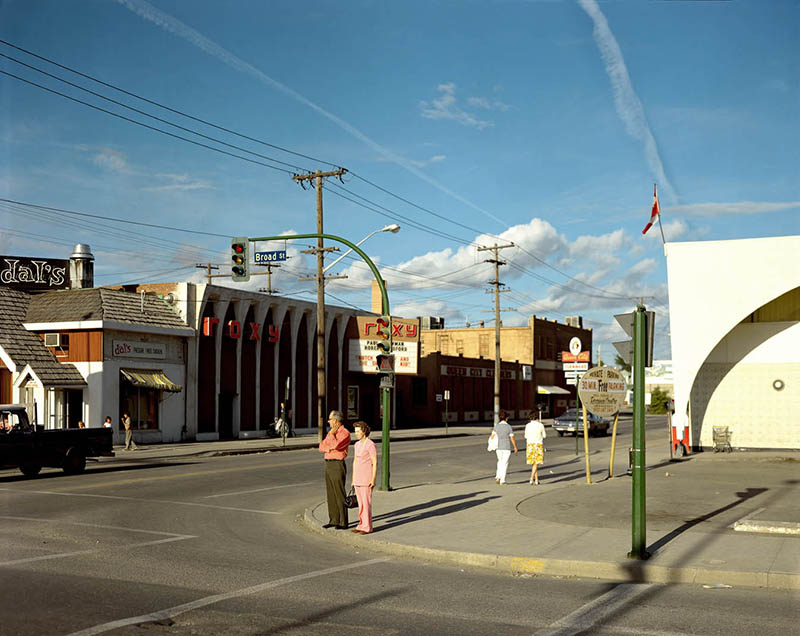 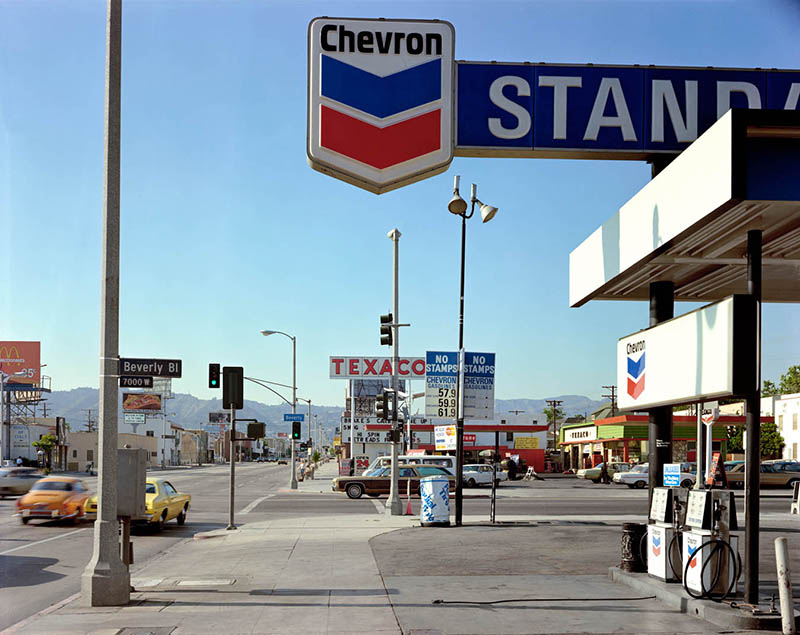 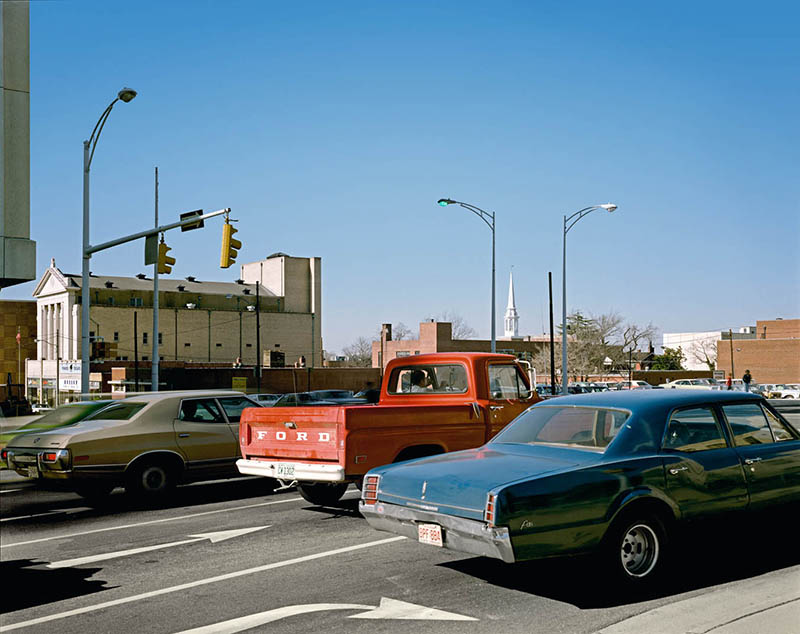 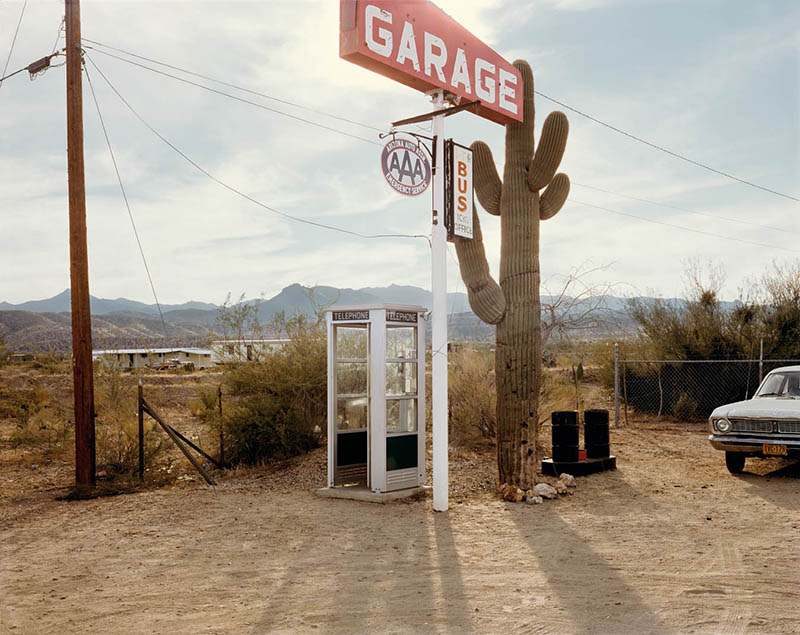