Last Friday, Columbia GSAPP opened Arakawa and Madeline Gins: Eternal Gradient at the Arthur Ross Gallery, the same day it convened a conference — Encounters with Arakawa and Gins — on the collaboration of Arakawa (1936-2010) and Madeline Gins (1941-2014). If architects know of the pair, it is because of such architectural works as Site of Reversible Destiny – Yoro, Reversible Destiny Lofts, and Bioscleave House rather than their earlier artworks or literature. How a conceptual artist and poet/philosopher (Arakawa and Gins, respectively) ventured into architecture and the production of buildings and landscapes is the subject of Eternal Gradient. 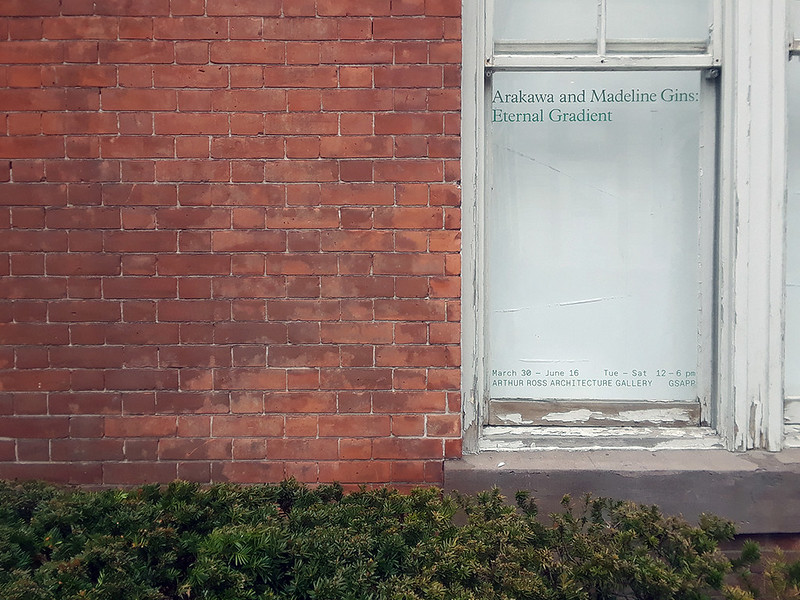 Before delving into the gallery, a few words on how I came across the pair's work. It was in undergraduate architecture school in the early 1990s when I obtained the AD monograph Architecture: Sites of Reversible Destiny (Architectural Experiments After Auschwitz-Hiroshima). Published in 1994, the book is filled with computer renderings of proposals, including the park that would be built in Japan, but also instructions for "generating a site of reversible destiny." The latter starts with an ordinary living room with rather mundane furniture, but then step by step the space is transformed into an undulating, labyrinthine fun house, for lack of a better term, that looks impossible to navigate but is intended — like all their architectural works — to become a "reversible site," where a person's longevity would be extended and he or she would "learn not to die."

Since graduating from architecture school, I've picked up a couple more books on Arakawa + Gins, one published before and one after the AD monograph: The Mechanism of Meaning, which was published in 1979 and then revised in 1988; and Reversible Destiny: Arakawa/Gins, a hefty companion to the 1997 exhibition of the same name at the Guggenheim SoHo. If Eternal Gradient is aligned with any of these three books, it's The Mechanism of Meaning, which is more a document of their two-dimensional, conceptual artworks but hints at their embrace of space as a medium for engaging the human body. 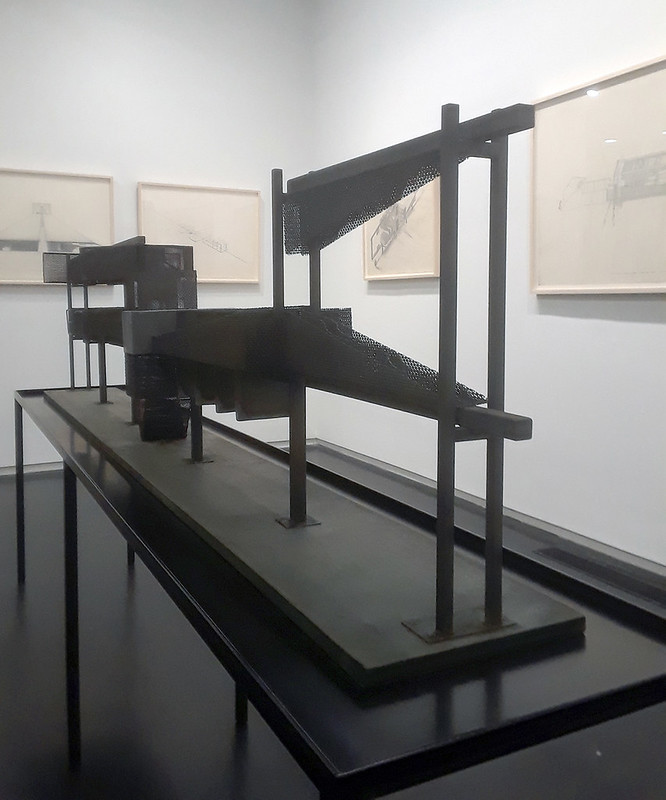 The last third of The Mechanism of Meaning is an architectural hinge, with peach-colored pages displaying a long, linear model and series of spaces with scale figures. The model is found in Eternal Gradient (photo above), while the drawings — gridded walls and surfaces overlapping each other — clearly inspired Norman Kelley in their design of the exhibition. One spot in the one-room Ross Gallery (photo below) affords a one-point perspective where the lines of one of Arakawa and Gins's drawings can be "found" in the convergence of the lines of the gridded partitions and vinyl flooring. 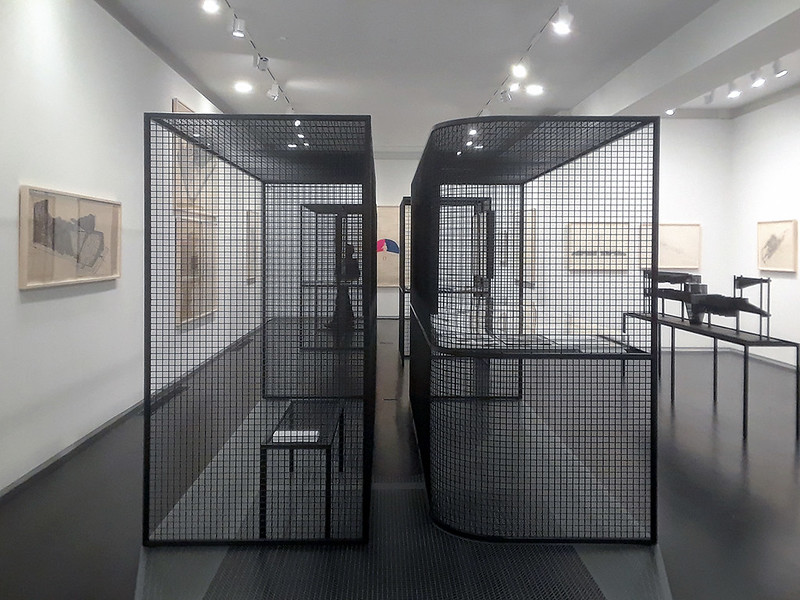 When I saw Eternal Gradient in person, I had the renderings of Arakawa + Gins floating in my head. With a model, lots of drawings, and some photos and books on display, the exhibition touches on about every medium but those renderings and the buildings and landscapes that followed them. Irene Sunwoo, who curated Eternal Gradient with Tiffany Lambert, explained in the symposium that they wanted to explore the decade (the 1980s) when the duo's work headed in the direction of architecture; the exhibition would have gone in a completely different direction if the renderings were included. 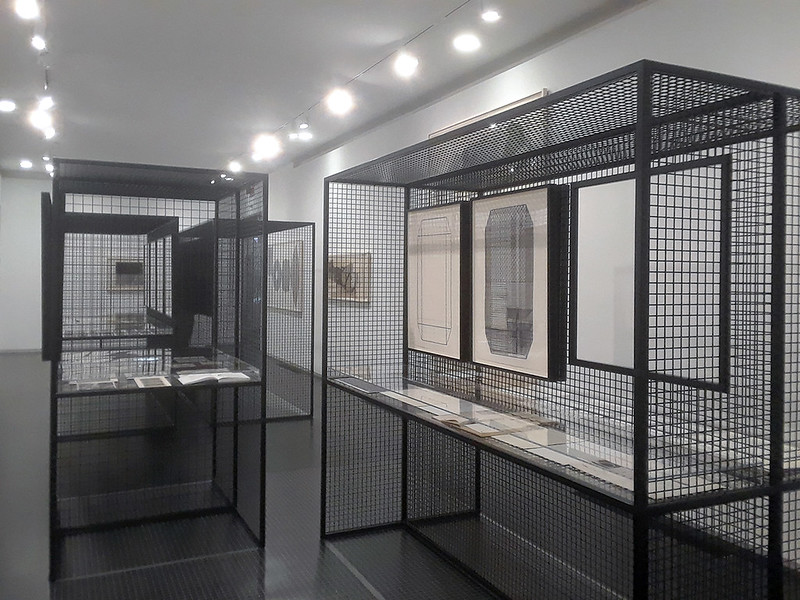 Though initially disappointed, I found the collection of artifacts impressive, in part because many of the drawings have never been displayed before. And, I thought, with so much more to Arakawa + Gins's career, perhaps this is just the first of a number of exhibitions on their output, be it by GSAPP or curators elsewhere who delve into the Reversible Destiny Foundation's archives and/or the holdings of the Estate of Madeline Gins. Whatever the case, although the exhibition is small, there's plenty to see and appreciate in the brief snapshot of the couple's long, prolific, and uncommon collaboration. 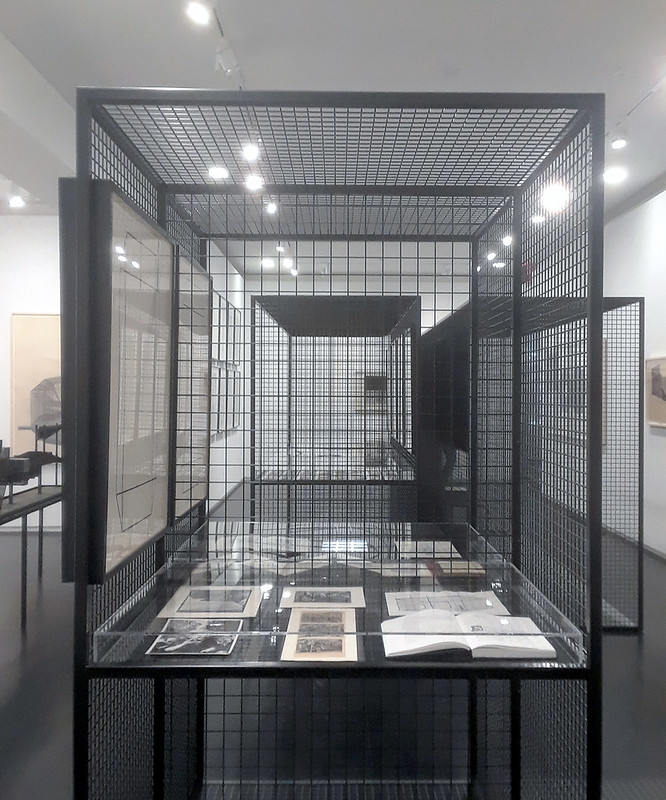