"Pole vaulting in the chapel, bicycling in the laundromat, sky diving in the elevator shaft?" Might Bernard Tschumi have also asked, "Badminton in Rudolph Hall?" I leapt to Tschumi's words when seeing this photo on my Facebook wall, from an article at Yale Alumni Magazine: 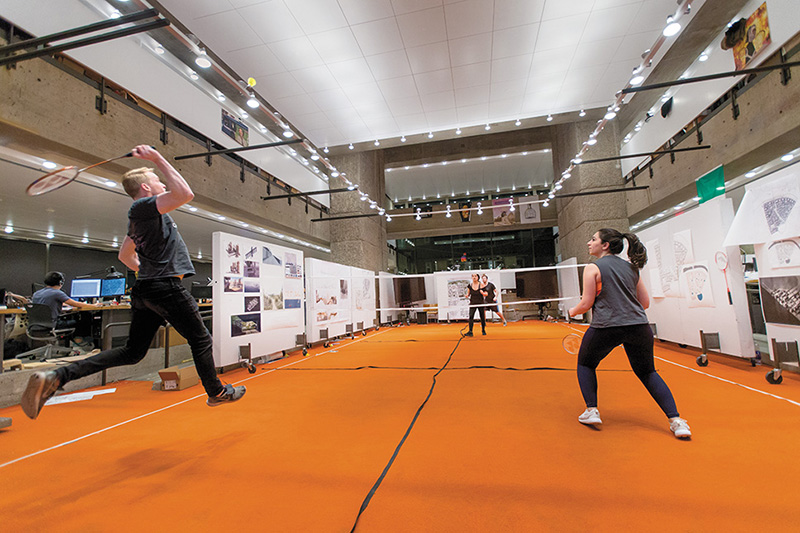 Apparently, turning "the Pit" on the fourth floor of the Yale School of Architecture into a badminton court is an annual tradition, with about 50 teams playing nearly 100 games, per the magazine. While the tournament takes over the central crit space a few night per week, students still work around the perimeter and on the mezzanine overlooking it. A view of the pit set up for a crit: 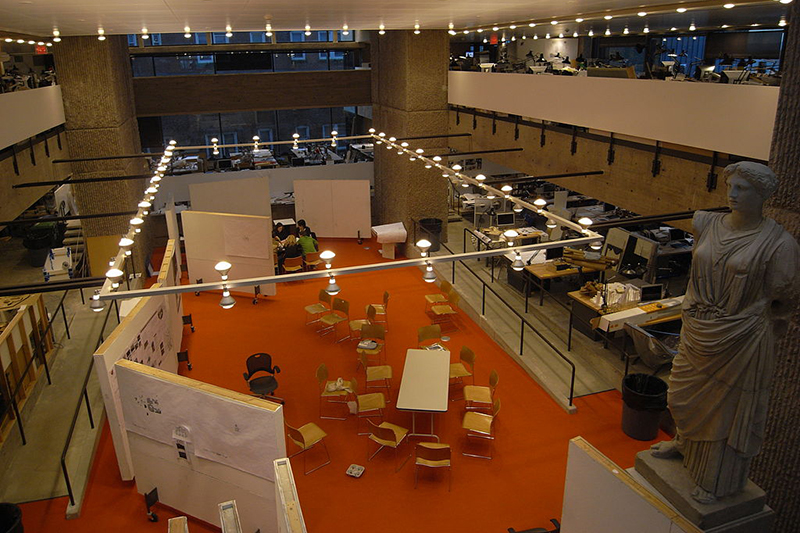 But the Yale architecture students don't just take over the pit, turning Paul Rudolph's space of education into a space of recreation; they also design t-shirts and posters. And according to at least one former student, "Rudolph clearly had Badminton in mind when he designed the 4th floor pit to the perfect dimensions of a Badminton court." 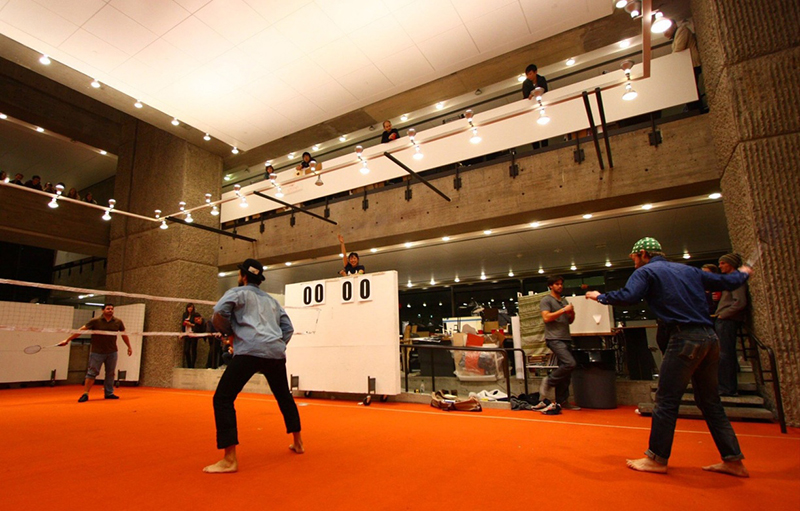 (Thanks to John J. for the inadvertent heads up!)
Email Post