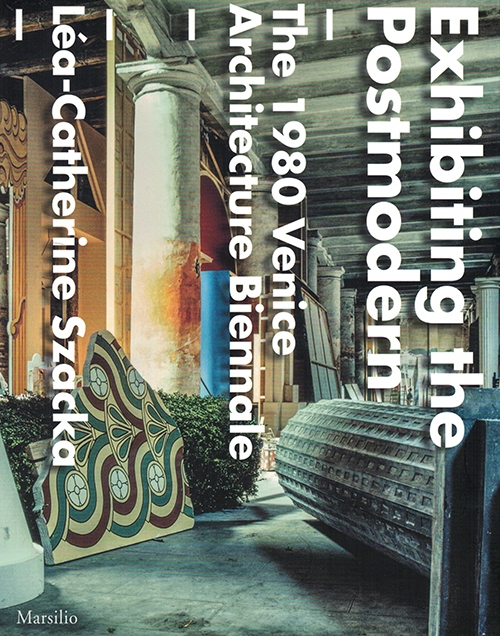 One week from today the 2018 Venice Architecture Biennale opens to the public. To get myself in the mindset for a trip to Venice to cover the event for World-Architects, I just read this book that takes an in-depth look at the 1980 Biennale, what is considered the first true architecture Biennale in Venice (the art Biennales date back to the late 19th century). I've known about the The Presence of the Past exhibition, curated by Paolo Portoghesi, for a while, mainly through images of the "Strada Novissima" in the Arsenale. But reading Léa-Catherine Szacka's case study of the exhibition, I realized just how narrow my understanding was – limited in large part to a superficial appreciation of the twenty Postmodern facades lining the "Strada." But the exhibition was a bit more than those false fronts, and the lasting contribution of the exhibition is much more than the coming together of numerous Postmodern architects to create a temporary street. The book does an excellent job of presenting the exhibition's background, its reality during the Biennale (with many images I've never seen before, some unfortunately too small given the page layout), and its influence since. Here are some of the more interesting things I learned in the book – things either I never knew or have forgotten over the years: