Today Morpholio launched "Smart Fill" for its popular TracePro app for iOS. With it came the short video below, with architects talking about why drawing matters and using the app's new feature, "a fill tool that not only calculates the area of the fill, it actually changes as the sketch evolves," in the words of Morpholio co-founder Anna Kenoff. Thankfully, the video is more about how architects draw in the digital age than being sold on the app; combined with some ambient music, it's an enjoyable way to spend 5-1/2 minutes.

Coincidentally, one of the images provided by Morpholio for illustrating how "Smart Fill" works depicts WORKac's Kew Gardens Hills Library, which I posted about over the weekend. In it the tool is being used to do material take offs for the facades. I haven't used TracePro (back in 2012 I briefly played around with Trace), but it looks like a decent app, ideally suited for the early stages of a design project, and serving architects while they're while out and about rather than in the office. 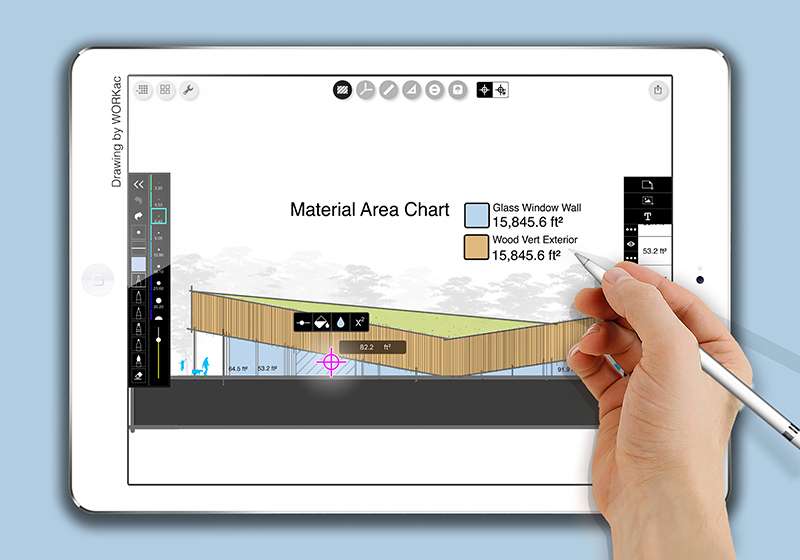