Rosario Candela, Sutton Place, and 'Elegance in the Sky' 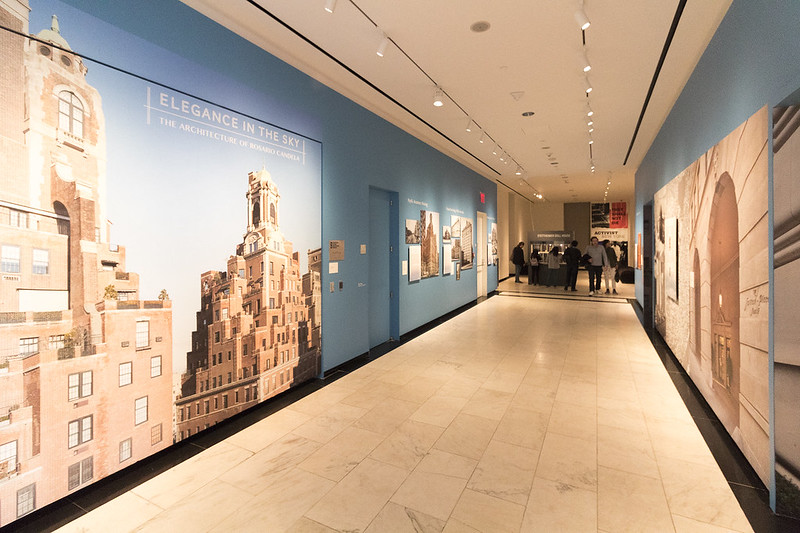 [All photos by John Hill, unless noted otherwise]

Although the 57th Street tour I've given in recent years focuses on the tall towers of "Billionaire's Row," my walk goes all the way from river to river, starting at a small plaza overlooking the East River and ending at 12th Avenue near the Hudson River. Extending the tour to 2.5 miles enabled it to embrace such projects as BIG's VIA 57 West overlooking the Hudson and to historically contextualize the supertall residential towers that have sprung up this century in the blocks of 57th Street between Park Avenue and Broadway. In the case of the latter, Sutton Place (named for the north-south avenue that intersects 57th Street just shy of the East River) is a quiet residential neighborhood with townhouses and apartment buildings from the early 1900s. A couple apartment buildings in Sutton Place were designed by Rosario Candela, a prolific residential architect at the time and the subject of Elegance in the Sky: The Architecture of Rosario Candela, a small exhibition at the Museum of the City of New York. 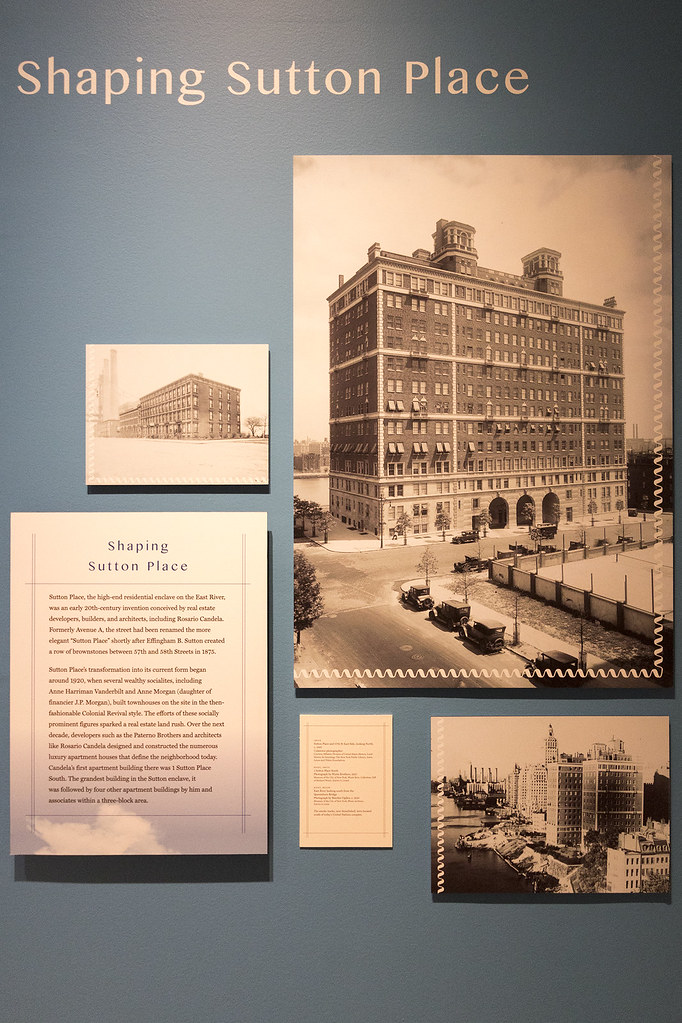 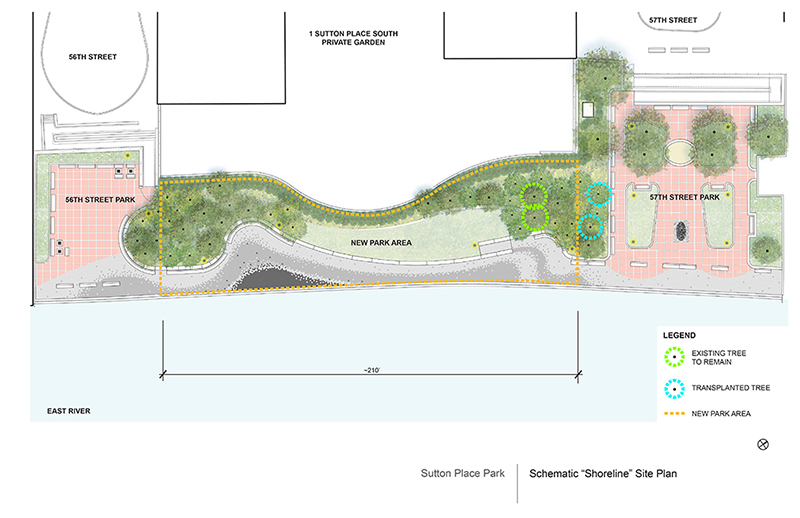 On the north side of 57th Street between Sutton Place and 1st Avenue is another Candela building, 447 East 57th Street. It also had a private garden, as the ad below illustrates, but it was located on an infill lot to the west of the building, next to a townhouse. This garden ensured light and air to the corner units on the west side of the building. The garden was accessible by the three-story unit at the base of the building. Most famously it was occupied by Tina Brown, the former editor of New Yorker and Vogue, who used it to entertain VIPs and sold it just last month for nearly $7 million. 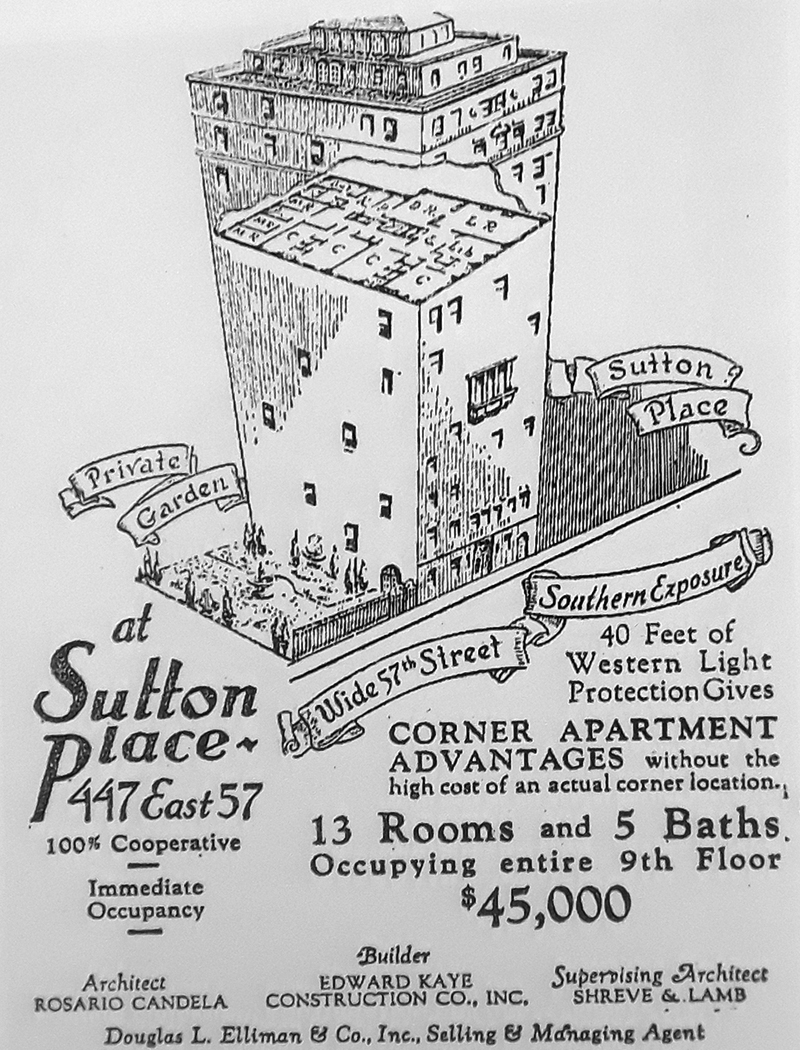 [Advertisement for 447 East 57th Street in the New York Times, scanned from Sutton Place: Uncommon Community by the River by Christopher Gray]

Brown and other tenants of 447 East 57th Street tried – unsuccessfully, as the photo below attests – to stop the demolition of the neighboring townhouse and subsequent erection of a 15-story glassy building designed and developed by Flank. The sliver of space between 441 and 447 is apparent in the photo below, though we can only imagine the views back and forth between the residences in these contrasting through equally expensive buildings. Any bitterness between the residents of the Candela and Flank buildings surely subsided in recent years, though, as the Sutton Place community banded together to halt construction of an 800-foot-tall tower on the lot directly north of 441 East 57th Street. As of last month, Sutton 58 will move forward and, barring any successful appeals, will bring skinny supertalls to Sutton Place, more than four blocks east of Rafael Viñoly's 432 Park Avenue. 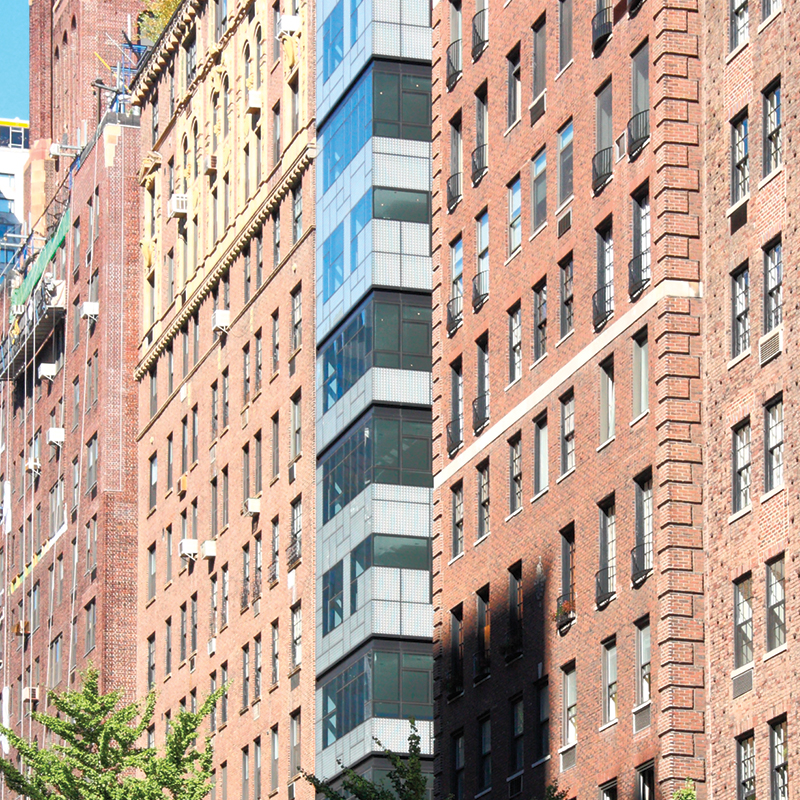 So even as the land around these two Rosario Candela buildings in Sutton Place is seeing both slight (park) and dramatic (supertall) changes, the appeal of his early 20th century apartment buildings is lasting. No surprise then that he is the subject of an exhibition, albeit a small one, at the Museum of the City of New York. Elegance in the Sky, on display until October 28, "revisits the setback terraces and neo-Georgian and Art Deco ornament of Candela-designed high-rise apartments." Fittingly, the exhibition is curated by MCNY's own Donald Albrecht and was designed by the traditionally minded Peter Pennoyer Architects. 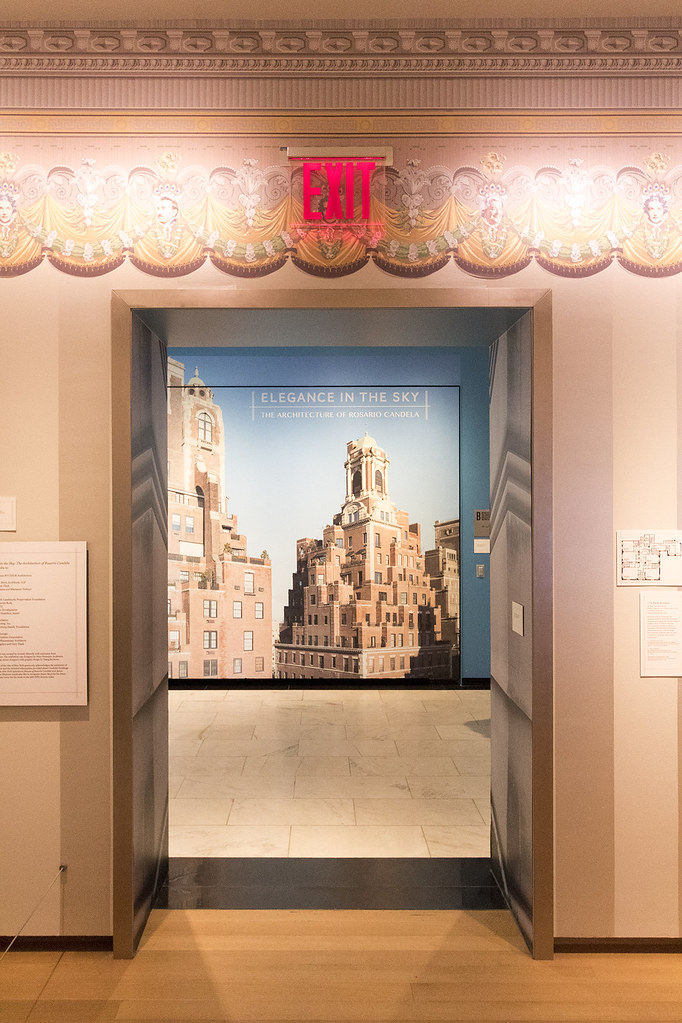 I liked learning a little bit on the Sutton Place apartment buildings in the exhibition, though I was disappointed by one detail that seems to have gotten past Albrecht and Pennoyer. Most of the buildings detailed in the exhibition (a small fraction of his roughly 75 buildings) have floor plans accompanying the photographs of the building exteriors and interiors. But many of the apartments are duplexes, and with only one plan per building any dissection of the plans (fun for any architect) is incomplete; either living or bedroom levels are presented, never both. So, like the gap between 441 and 447 East 57th Street, we're left to imagine the other halves of the apartments in these small but significant voids in the exhibition. 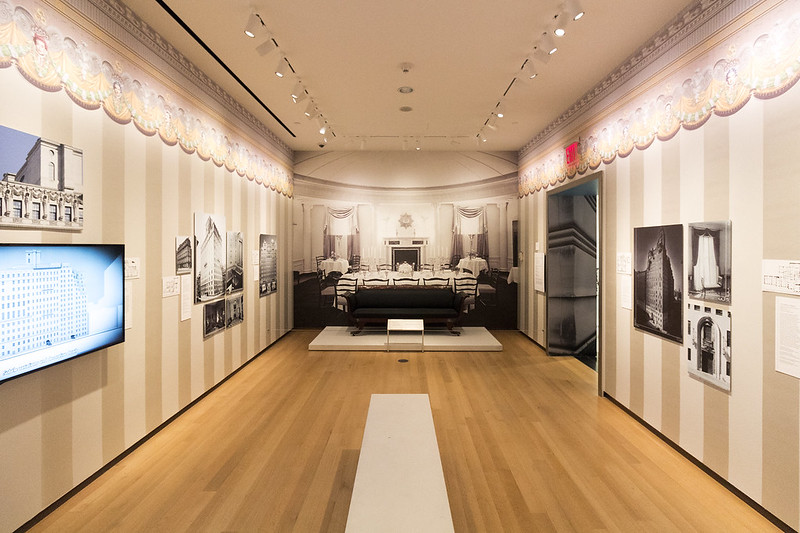