If you've ridden the NYC subway at all in 2018, you've probably seen the StreetEasy ads that entice New Yorkers to "find your place," be it in a neighborhood or in a building. Here's a case of the latter, where the "sweet spot," to use StreetEasy's term, is closer to the street, which is probably loud during the day, than the party roof. 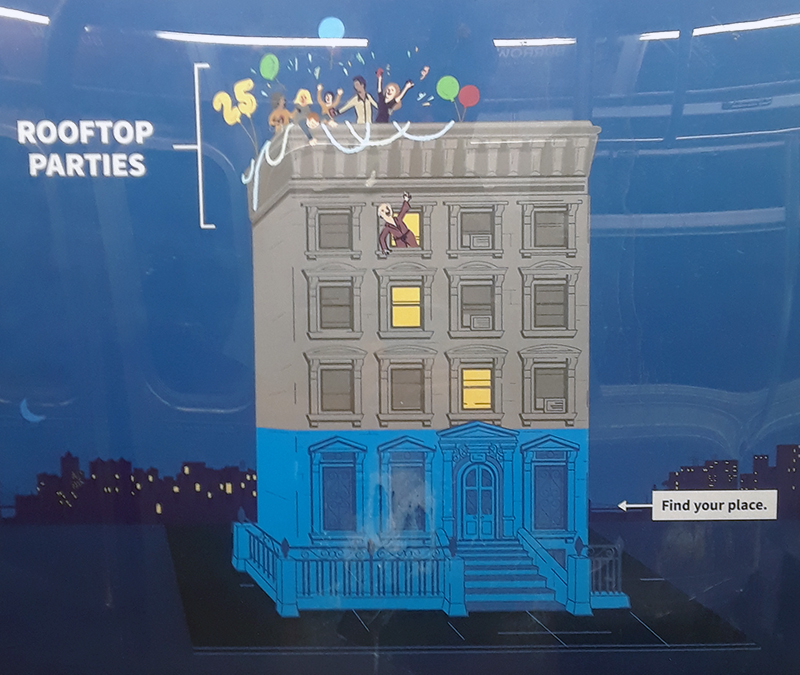 I snapped the above photo in a subway car I was riding this morning, though elsewhere in the car was a StreetEasy ad that struck me as much more revealing. Instead of a traditional, 19th-century rowhouse, the below ad depicts a contemporary apartment building, clearly modeled on Neil Denari's HL23 (at bottom, for comparison's sake) next to the High Line at 23rd Street. 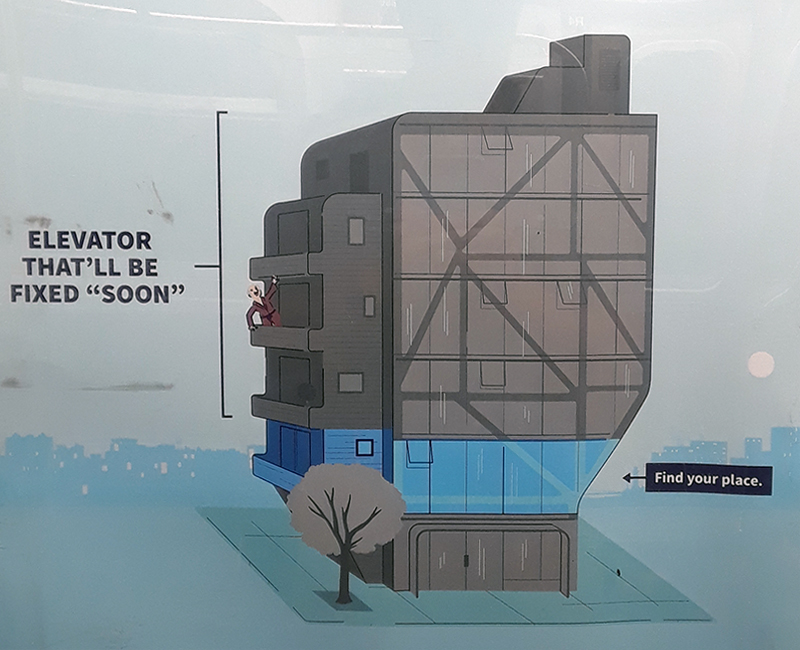 Common in both ads is the guy in the brown bathrobe shaking his fist at the party on the roof and ... the sky? The contemporary design? The balcony above him? I'm not sure what he's doing, but that's besides the point. What bugs me is the design. There are some minor differences between this HL23 and the original HL23 (balconies or lack thereof, core location, missing High Line, number of floors), but what bothers me are the diagonals on the facade. While Denari's diagonals are a clear expression of the structure needed to keep the cantilevered building from falling onto the High Line, the StreetEasy version is decorative, arbitrary, illogical — which must be the way some people see contemporary architecture. I'd argue that even the most formally daring buildings in New York City have some logic underlying them. But that is something this ad fails to appreciate, and worse it perpetuates the opposite. 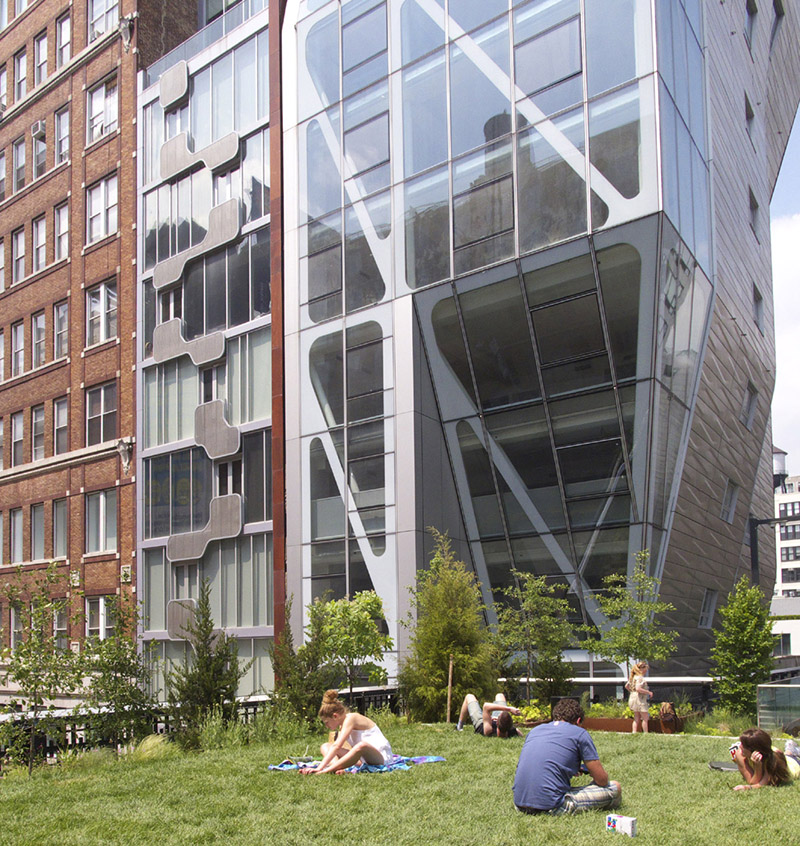