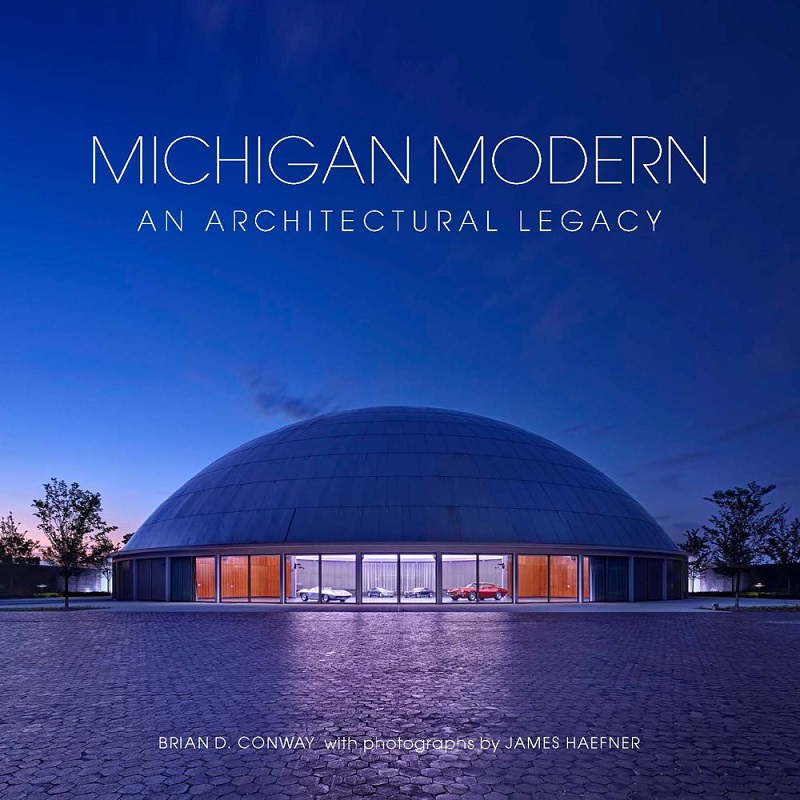 When thinking "modern architecture" what places come to mind? In the United States, at least, it's probably the Chicago Loop's commercial architecture, or Southern California's residential architecture, or even Columbus, Indiana's surprising density of modern architecture of all types. But Michigan? Most likely that doesn't bubble to the top. Yet even a cursory glance at this lovely coffee table book of 34 buildings in Michigan from the late 1920s to earlier this decade reveals that is a huge oversight. The state -- or at least concentrated portions of its southern half -- is crammed with some amazing modern architecture. 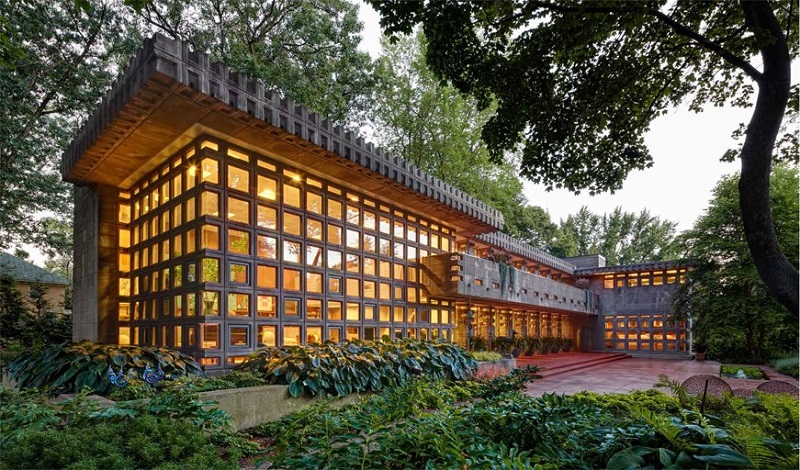 [Frank Lloyd Wright's Dorothy Turkel House (1957) is one of the book's many highlights.]

Michigan Modern is the joint creation of Brian D. Conway, of Michigan's State Historic Preservation Office, and photographer James Haefner. The duo has documented each project with, respectively, descriptions on the history and design of the buildings and photographs of both exteriors and interiors. Conway's descriptions are heavy on history, both of the personalities behind the buildings and the situations of each project. In turn, Haefner's photos do a lot of the work in conveying the character and quality of each building, complementing Conway's few words on the designs. Although there are some gaps between the two contributions (e.g. Conway describes how Alden B. Dow designed the Ashmun House around the client's piano, but that seemingly important feature is missing from the photos), the two work together very well to capture the state' homegrown modernism. (My only other quibble with the book, my main one actually, is the difficulty in reading Conway's descriptions, given the thin, narrow sans-serif font set in a small type size.) 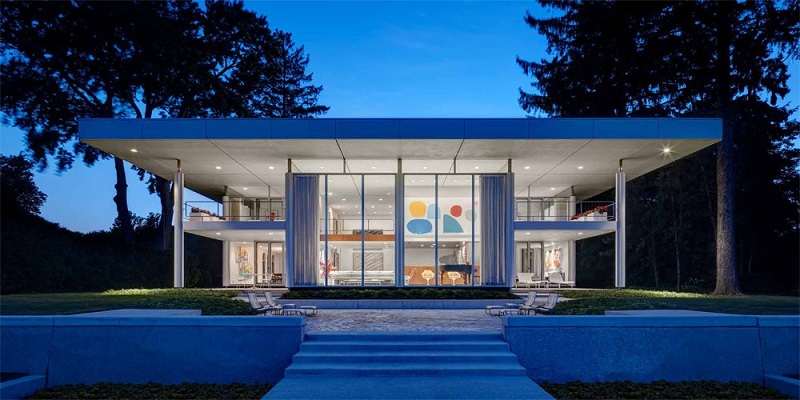 [William Kessler's W. Hawkins Ferry House (1964) is just one building in the book little known to people outside of Michigan -- until now.]

Before the 34 building presentations by Conway and Haefner, Alan Hess's essay "Fertile Ground: Michigan's Modernist Revolution" puts the state's modern architecture into a larger national and international context. He touches on the importance of the automobile industry and highlights the architects who worked in Michigan last century: Eliel and Eero Saarinen and Minoru Yamasaki mainly, but also lesser-known architects Alden Dow and William Kessler, among others. For me, two of the book's biggest highlights are buildings by architects who happened to emigrate to Michigan from Europe: Oskar Stonorov's UAW Family Education Center (1970, now UAW Black Lake Conference Center) near the UP, and Gunnar Birkerts' Allan and Alene Smith Law Library Addition (1981) in Ann Arbor.

Considering these two buildings alongside two of the three 21st-century buildings in the book, both designed by architects outside of Michigan (a house by California's Anderson Anderson Architecture and a museum by London's Zaha Hadid Architects) points to the openness of the state but also hints at the transient nature of architects who have worked and were educated in Michigan. Kevin Roche, for instance, worked for Eero Saarinen and led the architect's successor firm but ended up moving to the East Coast. And I imagine that most architects who train at the Cranbrook Academy of Art venture outside the state to set up their practices. While these thoughts point to an interesting situation for Michigan's architectural profession this century, Michigan Modern persuasively argues for the importance of the state's modern architecture alongside Chicago, Los Angeles, and other epicenters of Modernism in America.