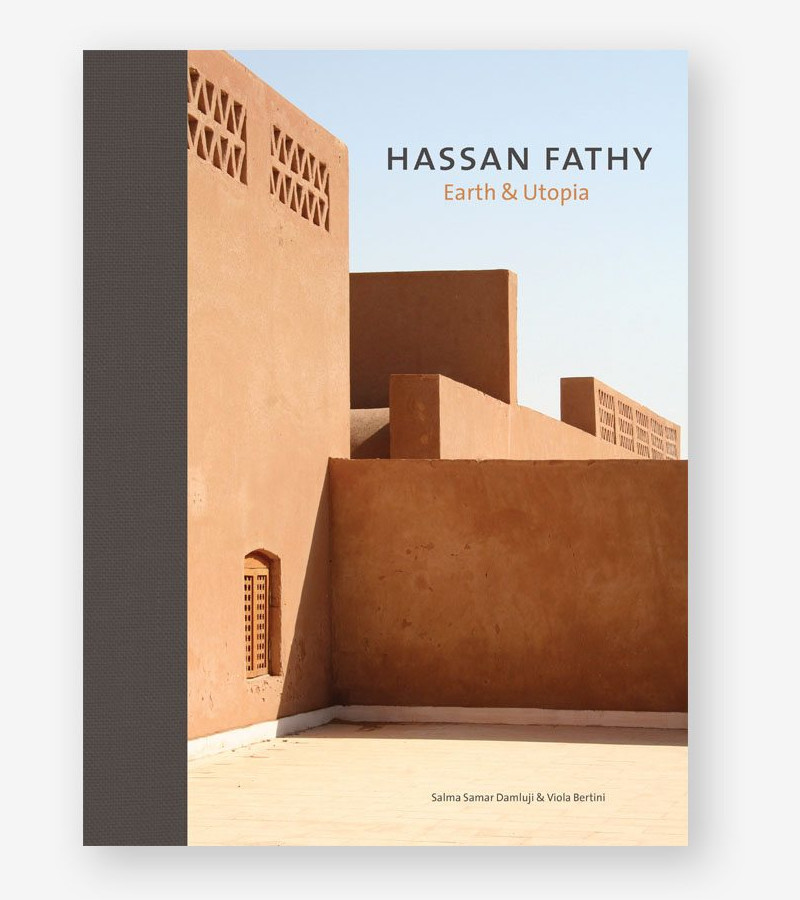 
Hassan Fathy is Egypt’s best-known 20th-century architect. He embraced traditional, vernacular forms, techniques and materials and throughout his career promoted their use as part of a campaign to improve the conditions of Egypt’s rural poor.

Earth & Utopia chronicles this lifelong commitment through personal interviews conducted by the author, photographs and drawings from the Hassan Fathy archives, and Fathy’s own writings on the subject, many of which are published for the first time.

This book will be essential reading for students, academics and general readers interested in Fathy, and the development of Arab and vernacular architecture, earth construction, architecture for the poor and sustainability.


Hassan Fathy (1900-1989) is a household name to architects for one book he wrote about one project. Architecture for the Poor, first published in 1973 yet still in print, documents the Egyptian architect's attempt to build the New Gourna Village in Luxor in the mid-1940s. It -- or at least parts of it -- was required reading when I was in undergraduate architecture school for a number of reasons: Fathy's use of locally available materials and techniques (mud brick, mainly), his sustainable (environmental and social) design sense, and the eventual failure of the project (only a portion of it was built). The book, like the project it documents, is modest, with a couple hundred pages of text, thorough appendices on the techniques employed in the construction, and more than a hundred b/w photos and drawings at the back of the book.

Hassan Fathy: Earth & Utopia, on the other hand, could hardly be called modest in its execution. It is a coffee table book, full of large-format color photographs and drawings on New Gourna and other projects on the "poor" end of Fathy's spectrum (he also designed houses for people who could afford to hire an architect, but those aren't found here). It is a wonderful book, and the kind that Fathy is well deserving of. The book is authored by Salma Samar Damluji, who worked with Fathy in the 1970s and 80s, and Viola Bertini, who wrote her PhD on the architect while at IUAV in Venice. In turn, it balances the personal and the academic, while it also includes interviews with Fathy and a number of things he wrote; some of the latter are unexpected, such as an English translation of a play he wrote in Arabic in 1942. Consistent throughout is Fathy's conviction: to building with low-cost, readily available materials and expending his time and energy on people often ignored by society. 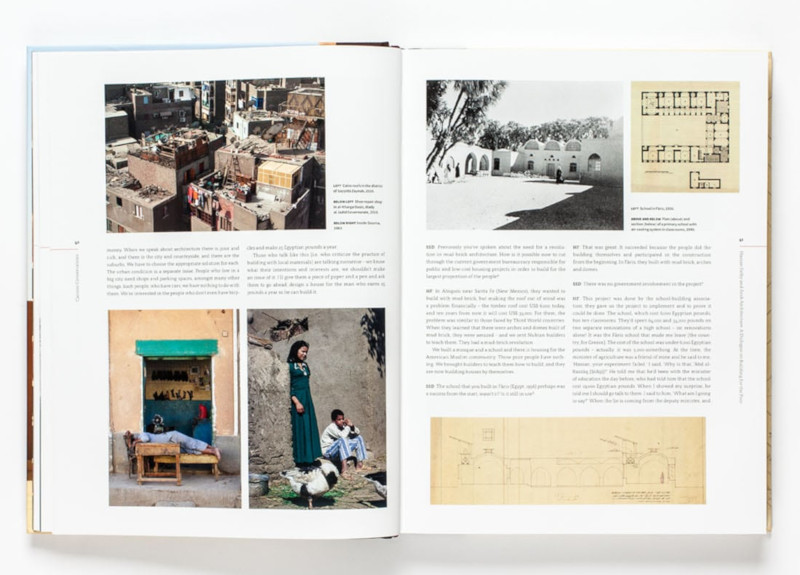 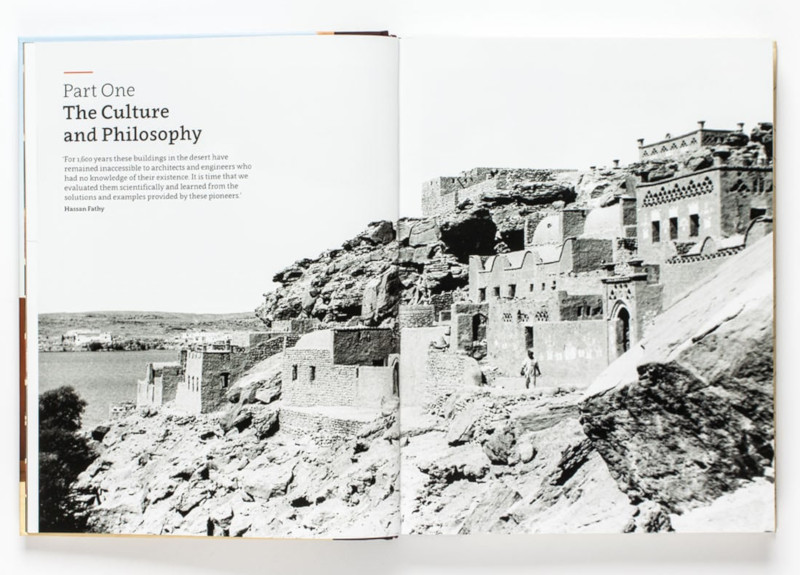 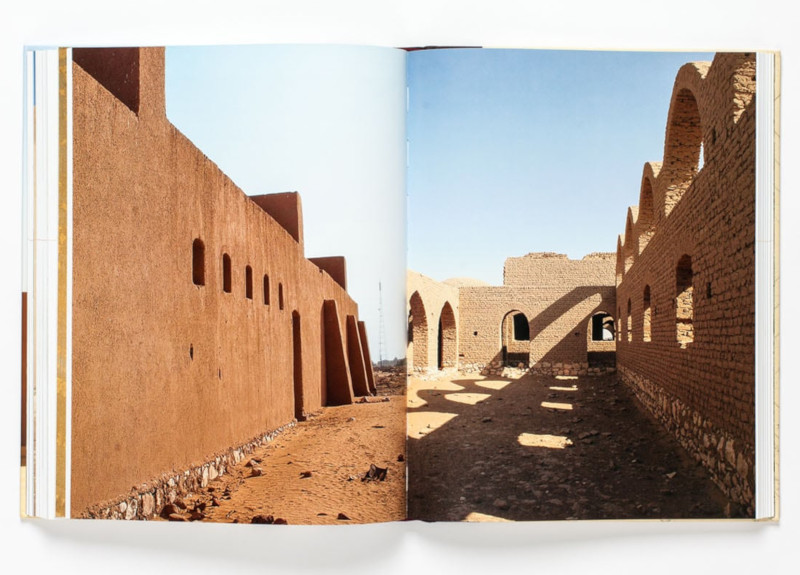 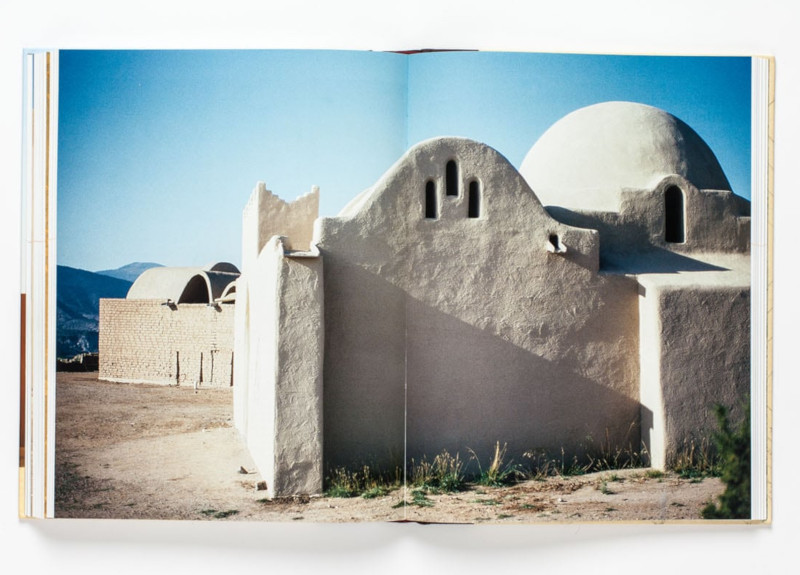 
Salma Samar Damluji is an architect who worked with Fathy. Her publications include The Architecture of Yemen (2007) and Al Diwan Al Amiri, Doha (2011) ... [she] has curated a number of exhibitions in London, Paris and Madrid. Viola Bertini is an architect who gained her PhD on Fathy at IUAV Venice.