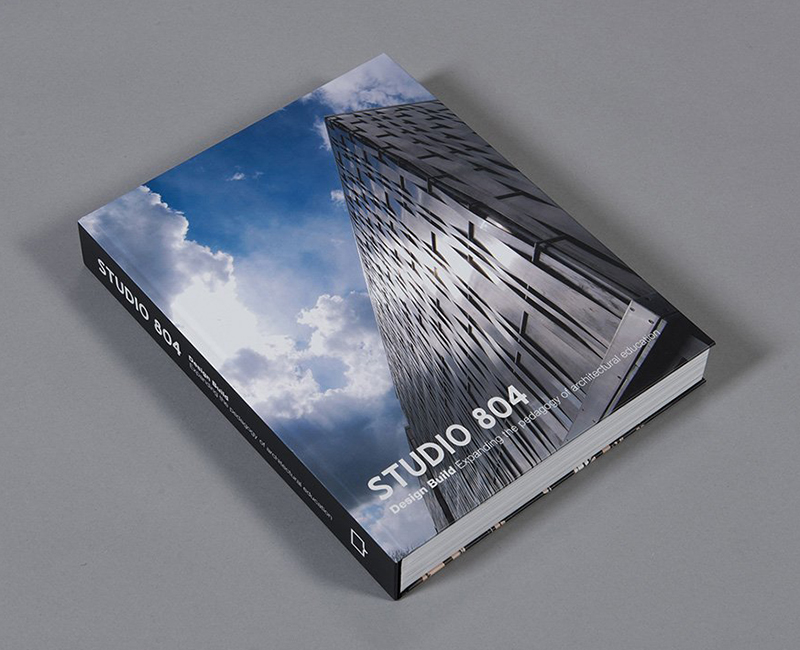 
Founded in 1995 by Dan Rockhill, Studio 804 is a non-profit organization and a full-year design studio for graduates that finds its momentum at the intersection of contemporary architecture’s most topical concerns: sustainability, affordability and education. The studio has produced 23 projects to date, including 10 LEED (Leadership in Energy and Environmental Design) Platinum level buildings and 3 Passive House certified projects. These projects support a rich mix of uses: spaces for both private and communal use and engagement; spaces for leisure and for learning.


At some point during undergraduate architecture school at Kansas State University, a professor took our studio from Manhattan (yes, the Little Apple) to Lawrence to see some projects by architect Dan Rockhill, a professor at the University of Kansas (KU). The house that made the strongest impression on me was the Shimomura/Davidson-Hues House, which had a butterfly roof and a huge scupper feeding water into a large steel funnel in the middle of the driveway. It was the opposite of traditional suburban curb appeal: it was industrious, idiosyncratic, and unselfconscious. Beyond its appearance, we learned that Rockhill and Associates also built the house, combining prefab, off-the-shelf, salvaged, and custom components throughout. It was my introduction to Rockhill, though little did I know around that time (ca. 1995) Rockhill was developing what would become one of the most famous and influential design-build programs in the United States: Studio 804. In it, students in the last year of the Master of Architecture program at KU spend one year designing and building a house or some other structure in or near Lawrence. Like Rockhill's own practice, the students incorporate prefab, sustainability, and custom construction.

Studio 804: Design Build tells the story of the Rockhill-led program from the mid-1990s to 2018, from a modest corrugated roof over a stone ruin to a sexy glass-box house that would be at home in an issue of Dwell magazine. In between are around 20 projects grouped into a half-dozen chapters that capture the thematic strands occupying Studio 804 at various times, such as the modular homes spanning 2004 to 2007, the ambitious educational facilities built in the first half of our current decade, and the net-zero houses occupying them in recent years. A couple special chapters focus on how Studio 804 operates and the "pivotal" 547 Arts Center in Greensburg, the small Kansas town nearly entirely destroyed by a tornado in 2007. The LEED Platinum building, the first built as part of the recovery efforts in Greensburg, shifted Studio 804 to building types beyond single-family houses and made their sustainable goals more ambitious.

The 547 Arts Center and the other projects in Studio 804: Design Build are described in the first person by Rockhill, based on interviews with David Sain, a longtime colleague at Rockhill and Associates and KU. The narrative texts are conversational yet highly detailed, touching on, among many other things, how each project was designed and built. These texts don't leave out the numerous stumbles encountered along the way, be it students having to go to city hall to obtain a PO number for every item purchased when building a house for the Lawrence Housing Authority to the perils of building in Greensburg, where constant winds blew sand and debris and a concrete truck tipped into an unseen hole in the ground. But in the end it's the many positives of Studio 804 that come to the fore in the pages of this long-overdue book. 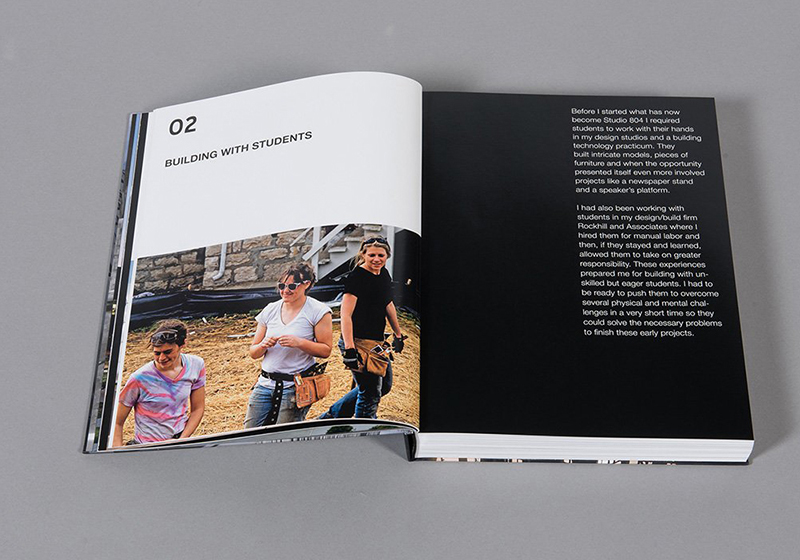 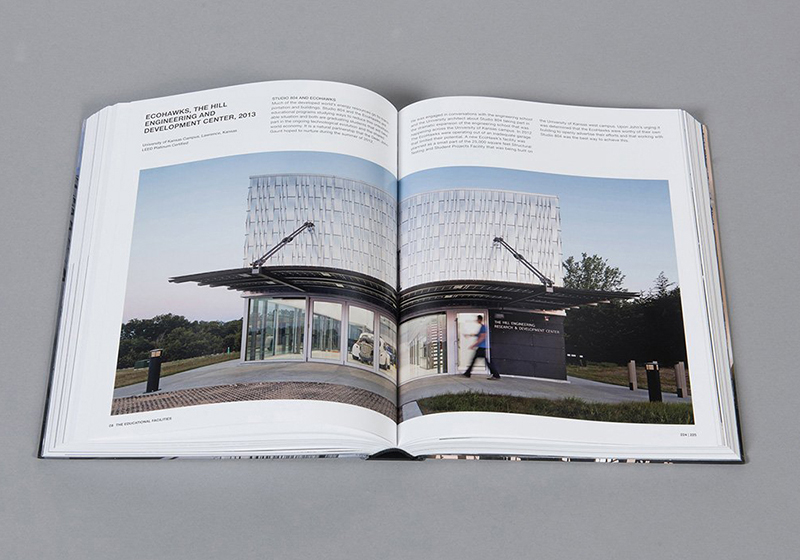 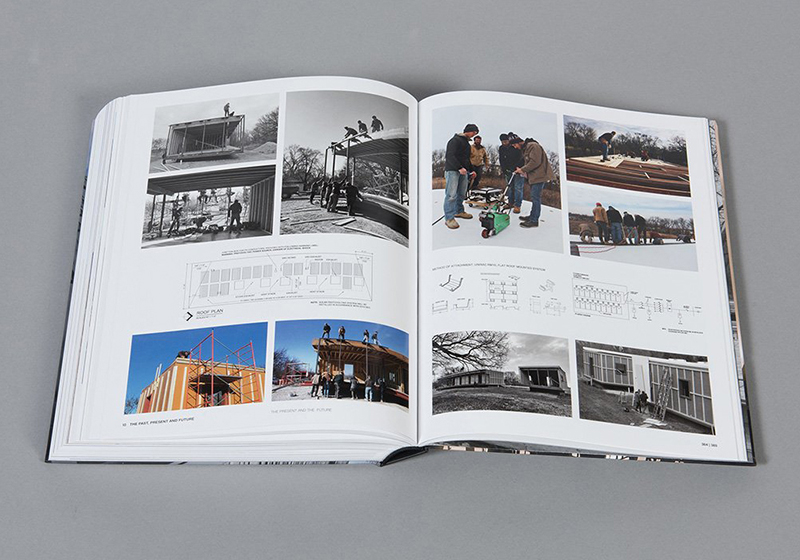