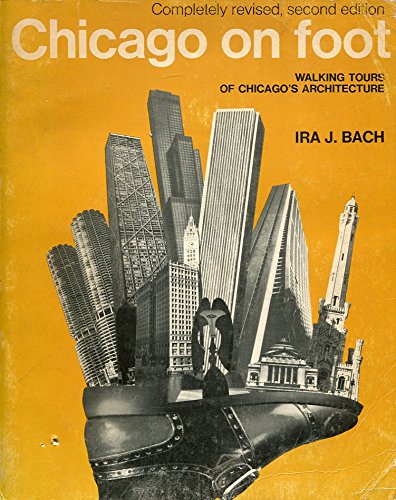 
Chicago is one of the great architectural meccas of the modern world. The names of its architects -- Louis Sullivan, Frank Lloyd Wright, William Lebaron Jenney, Daniel Burnham, Mies van der Rohe, C. F. Murphy, Y. C. Wong, to mention just a few -- are internationally famous. Their revolutionary concepts of design and construction continue to produce a host of "firsts" -- the skyscraper, the iron skeleton, the floating foundation, the Prairie House, the "Chicago window," the glass wall, the urban atrium house.

Ira Bach, architect, city planner, and ardent walker, has developed 32 tours which provide rich and detailed walks showing Chicago's most outstanding buildings and its famous neighborhoods -- Michigan Avenue, State Street, LaSalle Street, Wacker Drive, the "Gold Coast," Hyde park, and many others. Included in this edition are Northwestern University campus in Evanston and the town of Riverside, designed by Olmstead [sic] and Vaux who designed among other outstanding parks, Central Park in New York City.


Chicago on Foot by Ira J. Bach (1906-1985) is one of "101 Publications That Shaped the City and Its Image" included in the recently published Chicago by the Book. I happened to come across and buy Bach's book at a used bookstore in Chicago when I was there for the 2017 Chicago Architecture Biennial. At the time I was planning what would become NYC Walks, so I was open to books of walking tours — even one that came out the year I was born. From the outside, the most interesting thing about Chicago on Foot (besides the humorous photomontage on its cover) is its size: not quite a coffee table book but hardly a compact size intended to carry with on one of the 32 walks inside. The size, and the fact my copy is a hardcover, make for some good armchair walks, aided by the maps, photographs, and descriptions that are the norm for this type of book. (A word on the maps: in my copy of the second edition some of the maps are numbered, like the first spread below, while some are just streets and walking routes, without any numbers or a list of buildings; I'm guessing this was remedied in future editions.)

In Chicago by the Book, Jay Pridmore, author of numerous books on Chicago architecture, praises Bach's Chicago on Foot, first published in 1969, as "by genre a guidebook ... by its nature a portrait of a moment" and "an endlessly interesting snapshot." For Pridmore, Bach's background as a Chicago planning commissioner gave him a unique perspective on the city; that he was also a voracious walker (he has a walkway along the Chicago River named after him!) combined to give him the right credentials to write such a guide. With 32 walks in the second edition, the routes can be short ("terse" to Pridmore), much shorter than the 2-plus-mile tours I tend to give. But that's understandable, given that Bach talked about every building of interest in an area (not just new buildings) and traversed most of the Loop and Near North Side as well as other parts north, south, and in the suburbs. Bach wrote other Chicago guides, including A Guide to Chicago's Public Sculpture with Mary Lackritz Gray and A Guide to Chicago's Historic Suburbs on Wheels & on Foot with Susan Wolfson (she updated later editions of Chicago on Foot), but it's Chicago on Foot that remains his most cherished — up there with Carl Condit's The Chicago School of Architecture and 99 other publications that shaped Chicago and its image. 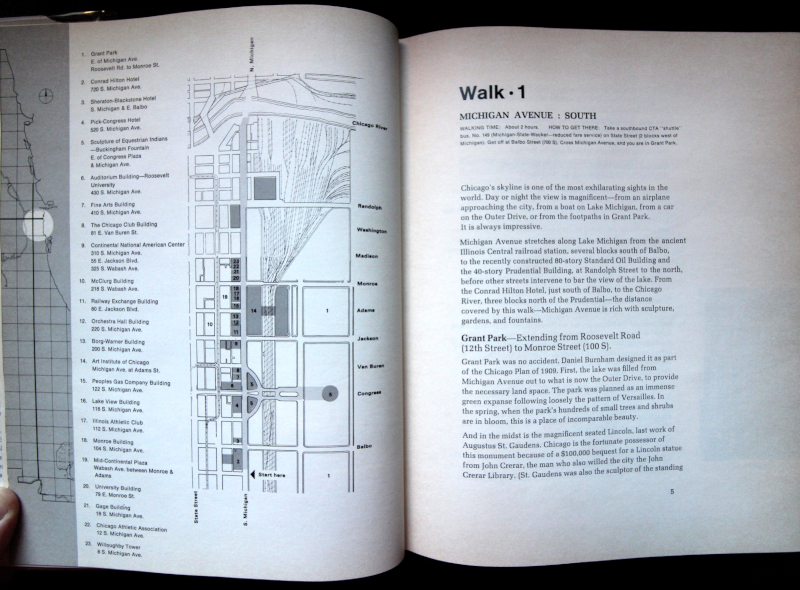 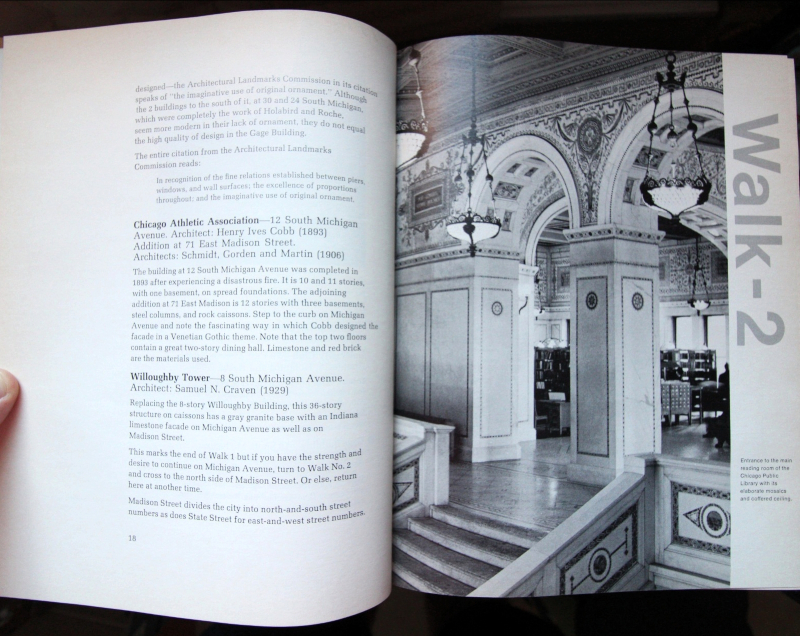 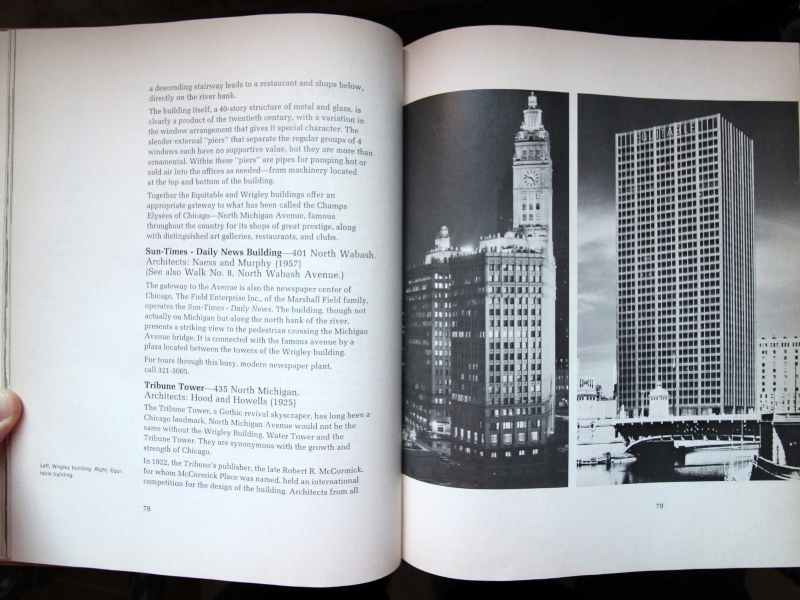 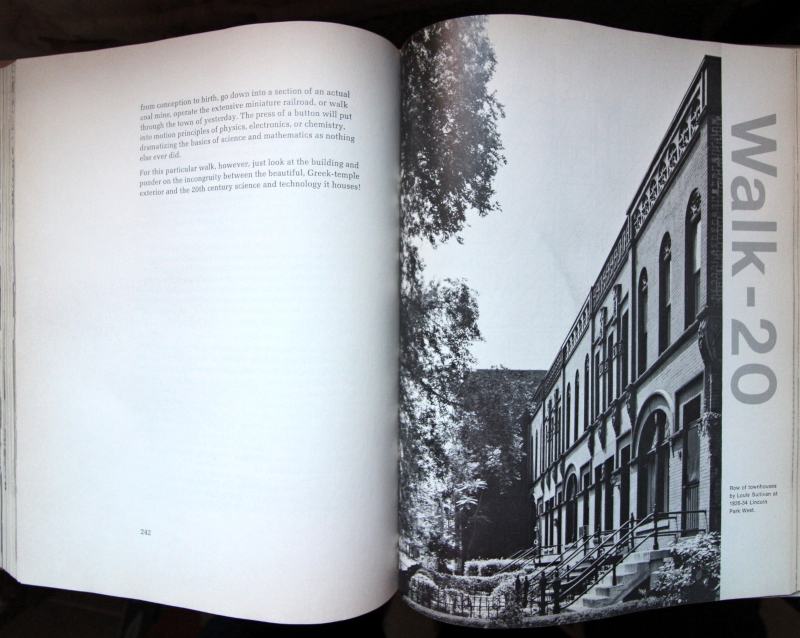