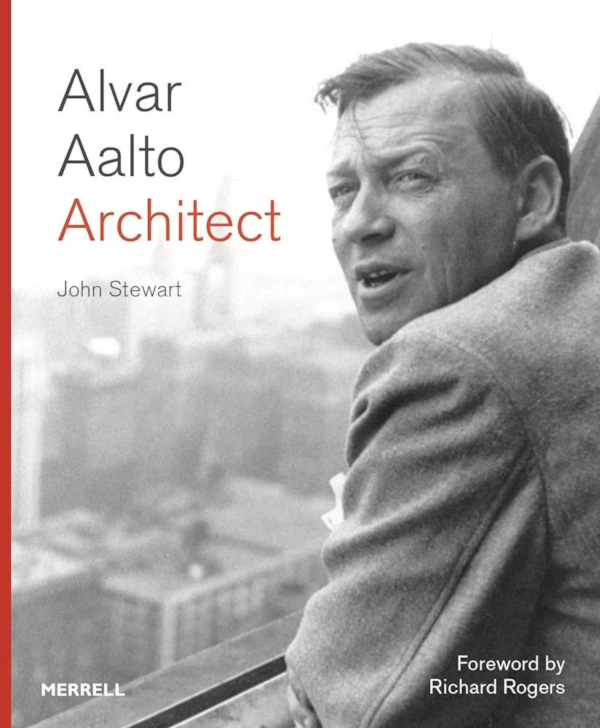 
Alvar Aalto (1898–1976) is universally recognized as one of the masters of Modernist architecture. While the remarkable buildings he designed have been much studied, the story of how a young architect from a village in western Finland achieved such international prominence is little known. This new biography of Aalto is the first to offer a comprehensive and objective survey of his life, from growing up in the Finnish provinces to finding global acclaim, and also covers all his projects, from early work in Jyväskylä in the 1920s to Finlandia Hall, completed in Helsinki in 1971. John Stewart draws on Aalto’s archive, the recollections of former employees and contemporaneous publications to fully explore Aalto the architect rather than simply his architecture. For the first time, the Finn’s life is set in the context of the events that surrounded and shaped it. Stewart reflects on Aalto’s marriage to Aino, his key friendships, his participation in architectural competitions, working life in his first office and his continual financial difficulties. As Aalto’s career progresses, Stewart considers the patrons who were so important to him – the Gullichsens – and the founding of the furniture company Artek, Aalto’s professorship at the Massachusetts Institute of  Technology in the 1940s, his marriage to Elissa after Aino’s death, his greatest architectural achievements in the 1950s, and his growing fame and eventual vanity. This unique book seeks, above all, to understand what drove Aalto; the combination of talent and character traits that led to his extraordinary worldwide success.


Over the years I've amassed about a handful of books about Alvar Aalto, the great Finnish architect who is also considered one of the most important architects of the 20th century, alongside Le Corbusier, Louis Kahn, Mies van der Rohe, and Frank Lloyd Wright. The books I dig into when I need to learn more about a particular Aalto project include Richard Weston's eponymous monograph from 1995, Malcom Quantrill's Alvar Aalto: A Critical Study from 1983, and a 1975 book by Karl Fleig with many drawings, models, and photographs drawn from his larger two-volume study authorized by Aalto. Each book, though different, focuses on the buildings that Aalto designed and built, and sometimes the furniture produced through Artek, the furniture company founded, in part, by Alvar and Aino Aalto. With nine thematic yet roughly chronological chapters spanning Aalto's life, Weston's great book comes close to being a biography, but his focus on the buildings and projects means Aalto the man is on the sidelines.

Alvar Aalto: Architect, the recent book by architect John Stewart takes a different approach, playing down the buildings in favor of the story of Aalto's life. Of course, given that this is a biography of an architect, the buildings are there. But they are not as deeply explained or analyzed as by Weston, Quantrill, and others. Instead, we learn about Aalto as a boy in rural Finland and as an architecture student in Helsinki. We find out how two world wars and the Great Depression impacted his life and office. There's life with his first wife, Aino, who died in 1949, and his much younger second wife, Elissa, who came to work for him in the same year. The book covers these and many other relationships, competitions, events, and happenings in Aalto's life through nine chronological chapters, each covering between roughly 5 to 15 years. There are a few color photographs of completed buildings, but most of the illustrations are archival b/w photos and some drawings, all of which lend further personality to the person behind the Paimio Sanatorium, Villa Mairea, Säynätsalo Town Hall, and other modern masterpieces. 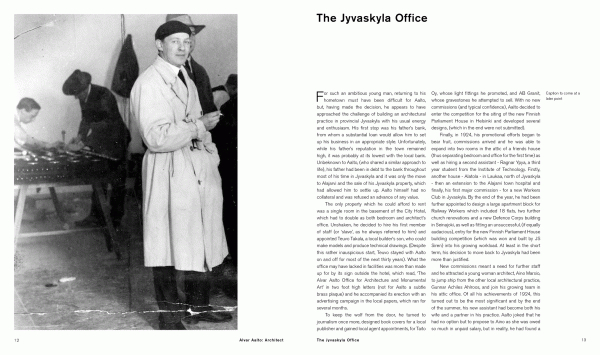 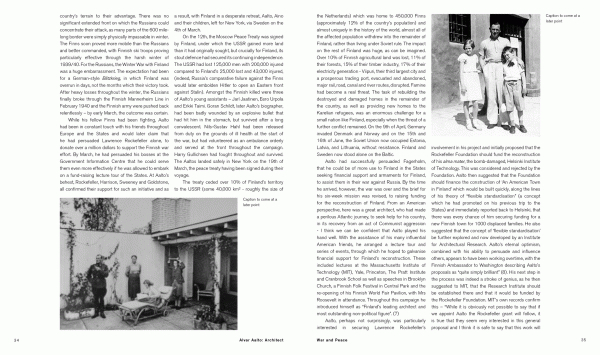 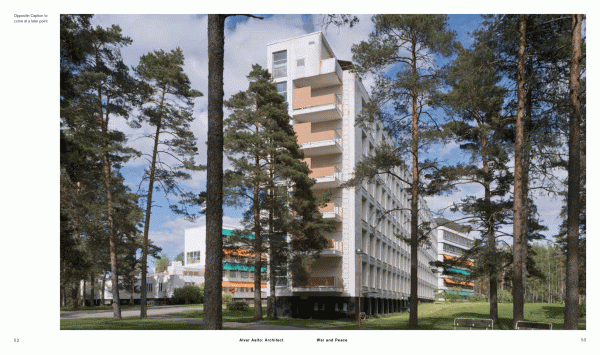 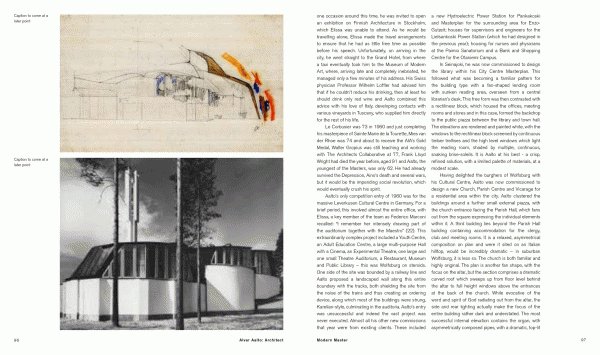 
John Stewart is an award-winning architect and writer who formerly led one of the UK’s largest multidisciplinary architectural practices. He has taught at numerous schools of architecture in the UK. His book Nordic Classical Architecture was published in 2018.