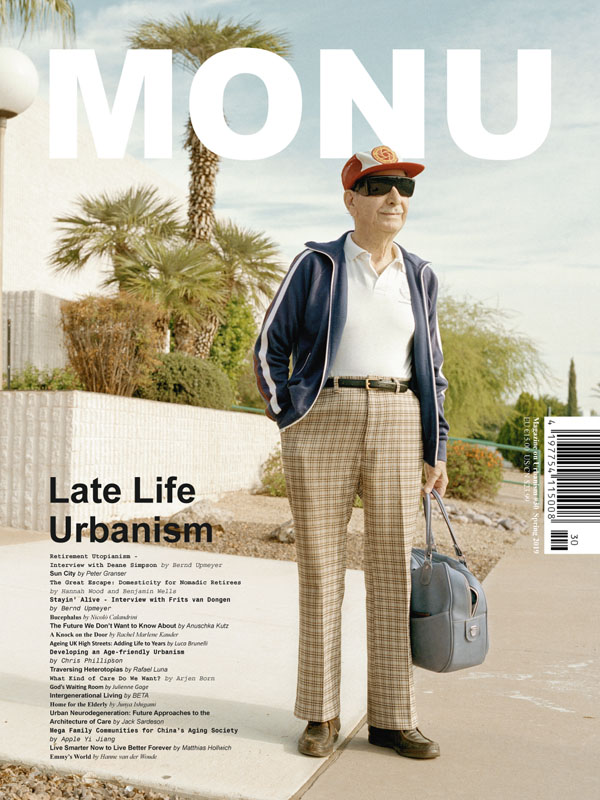 
Has MONU gone mainstream with its 30th issue? With previous issues focused on "Brutal Urbanism," "Border Urbanism," "Exotic Urbanism," "Non-Urbanism," "Transnational Urbanism," and other sometimes marginal or avant-garde approaches to discussing cities, "Late Life Urbanism" feels fairly tame and highly practical. What comes to mind when thinking about urbanism for retirees and other people late in life? For me, it's retirement communities such as The Villages, where my parents and 122,458 other seniors live. The place — studied by Deane Simpson in one of my favorite books, Young-Old: Urban Utopias of an Aging Society — is a cluster of gated "villages" oriented about dozens of golf courses and anchored by a trio of "town centers." The town centers are themed (Spanish, Seaside, Western) but pedestrian-oriented, while the villages are sprawling, requiring a car or golf cart to get around. Outside of the miles of golf cart paths, the most interesting aspect of The Villages, the place is very conservative, bland. So how can late life urbanism move beyond conservative, age-restrictive versions of the suburbs?

Bernd Upmeyer, editor in chief of MONU, begins the 30th issue with an interview with Simpson, who describes Young-Old in depth and points out the problematic issues of places like The Villages (exclusivity, segregation, etc.). Later he interviews Frits van Dongen, the former Chief Government Architect of the Netherlands, about projects and urban situations that work for old people but are not restricted to them. In essence, the Dutch model and The Villages model are at either end of the late life urbanism spectrum, meaning there's plenty to explore in between. Beyond those interviews, MONU #30 has sixteen contributions that range from essays (e.g., "Traversing Heterotopias," in which Rafael Luna applies Michael Foucault's notion to Seoul in the future) and projects (Junya Ishigami's project for people with dementia that consists of old, familiar houses slated for demolition but rebuilt together in one location) to photography (Peter Granser's look at Sun City, Arizona, the USA's oldest adults-only community. While there's nothing overtly avant-garde here, the work, ideas, and research around design for aging —  in a world that is getting increasingly older — is too important to ignore. 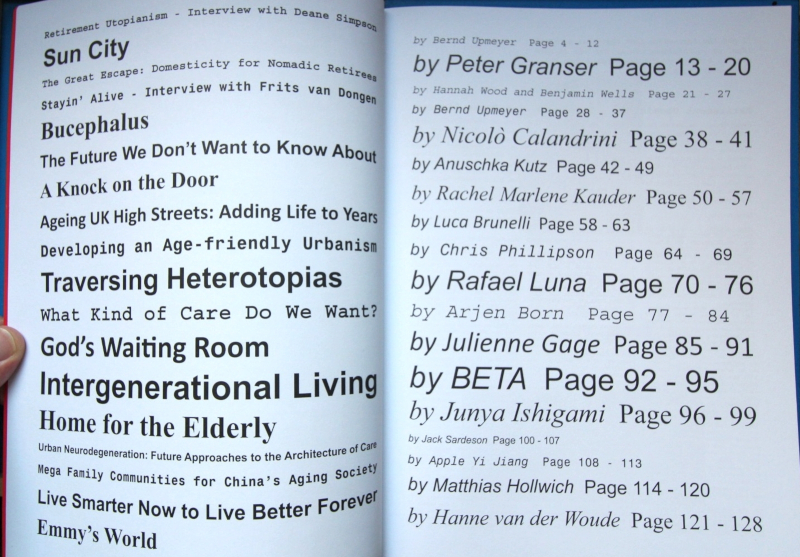 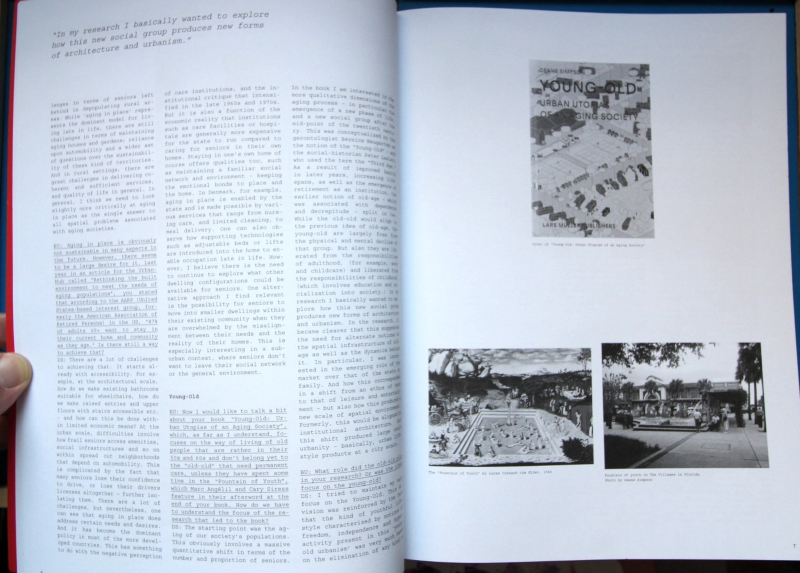 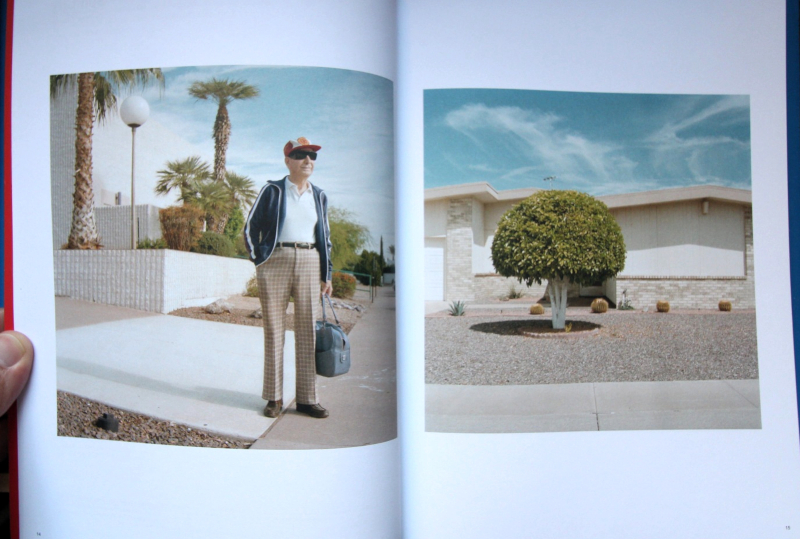 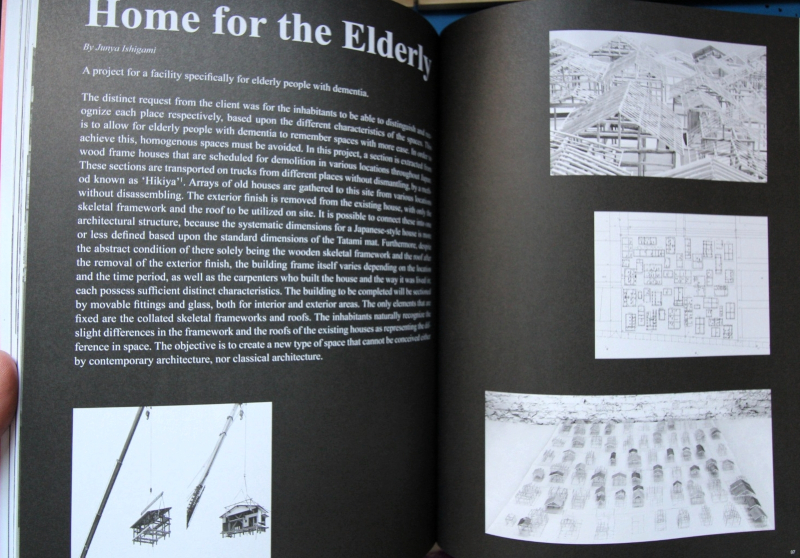 
Bernd Upmeyer is the founder of BOARD and editor in chief of MONU – Magazine on Urbanism. He studied architecture and urban design at the University of Kassel (Germany) and the Technical University of Delft (Netherlands).