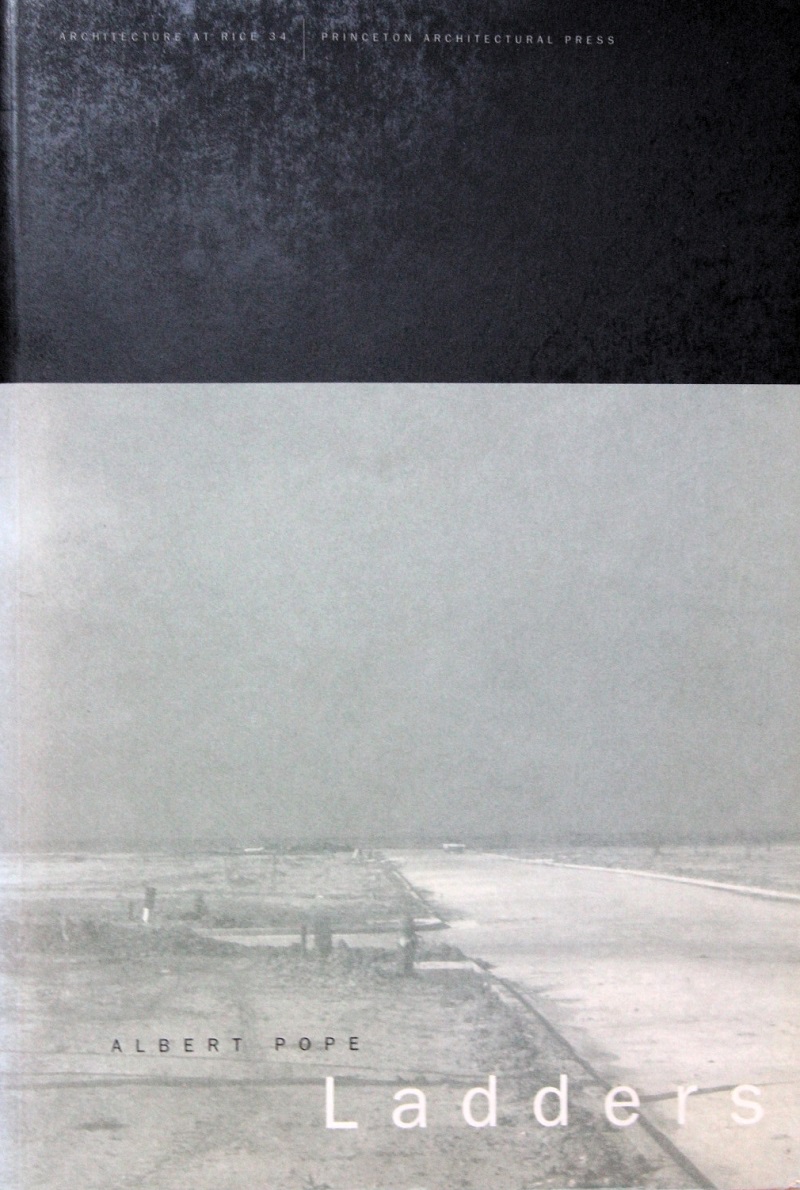 
Albert Pope's 1996 seminal book Ladders is now available in a second edition. Considered a classic in the field of urbanism and one of our most requested out of print titles, Pope's provocative study of five post-war American cities examines the forces--including demographic upheavals, market expansions, and technological developments--that precipitated a change from the open system of the pre-war urban grid to the fragmented and closed spaces of suburban cul-de-sacs, expressways, and office parks. Through an incisive series of diagrams and photographs, Pope reveals the concepts, theories, and rules that have guided their organizational evolution into post architectural spaces whose character is shaped more by the effects of immense urban spaces and infrastructure than built forms. A new preface by architect and educator Pier Vittorio Aureli situates the book in the context of contemporary urban thinking and makes a compelling argument for it's continued relevance as springboard for the investigation of our contemporary cities.


In hindsight I should have read Albert Pope's Ladders before reviewing Joan Busquets' Urban Grids earlier in the week. Pope's book lays out the theoretical basis, not only for the promotion of the grid in Busquets' book, but for the danger that anti- or eroded-grid plans have had on the "open city." I wrote in the review that "given the pervasiveness of urban grids, I doubt [the grid's] validity was ever seriously in doubt." While this is true to some degree — the grid is best for laying out cities and large developments — the many urban and suburban departures from the continuous grid (mid-century public housing, office parks, gated communities, etc.) ended up invalidating the effectiveness of the grid. In other words, their validity was questioned a lot. Thing is, I couldn't have read Ladders first, because I didn't know about it until looking at Urban Grids. Mention of Pope's book early in its pages prompted me to go out and get it and quickly read it — well, most of it; enough to grasp its message and enough to be drawn into with the intention of finishing it (I start a lot of books but don't finish them). Ladders is dense and scholarly, yet it's a very readable book with a clear thesis and passionate message; I can see why it's praised so much and why a second edition was released four years ago. I'm ashamed I was unaware of it until now, nearly 25 years after it was written.

Pope defines two types of (American) cities in Ladders: the centrifugal city and the centripetal city. The first is the gridded, expansive "open city" that is often associated with 19th century cities but has its roots in even older cities. The centripetal city, on the other hand, is the postwar, auto-centric anti-grid and the places it created: suburban enclaves disconnected from the cities and inner-city developments also violating the grid. Pope calls these cities and developments "ladders," because they have one route in and out, not the multiple routes afforded by the grid; and he called the developments created by the grid's implosion "ellipses." Once the grid is ignored, as in suburbs or garden cities that ring a city but are disconnected from it, the centrifugal city suffers and the only recourse is for the centripetal city to infuse or infect the ailing city. Hence public housing on superblocks, and the massive convention centers, stadiums, atrium hotels, and other corporate complexes that are fitted into the grid but are otherwise closed off from it through functional homogeneity and the centripetal highways that cut up the city. As I said above, it's a very clear thesis, and it's one that runs parallel to other critiques of modern urban planning and the suburbs. But with its focus on the grid — the armature that enables the traditional city to work so well — Pope ekes out a niche for his argument. Pope's book argues that architects and planners cannot propose meaningful fixes for, or interventions in, the contemporary city without understanding its nature; Ladders is one of the most effective ways I've come across for them to achieve this.

(A note on the book's layout and graphic design: Just as Pope explains the erosion of the centrifugal grid from the forces of the centripetal city, the grid that serves as the background for the right-hand pages [throughout the book, not just at the chapter intros shown below, mind you] slowly erodes and is then washed away entirely by the conclusion. It's an intriguing, yet subtle way of expressing the book's argument.) 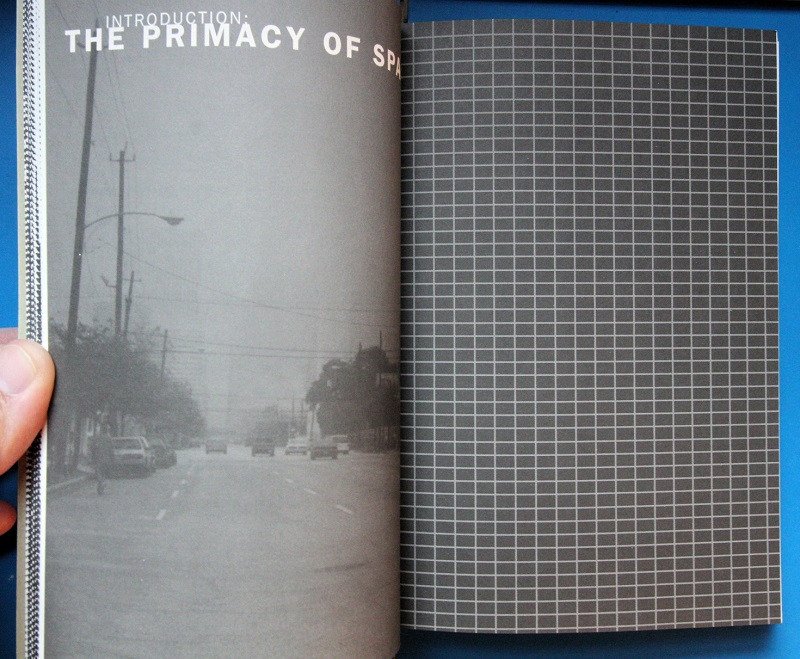 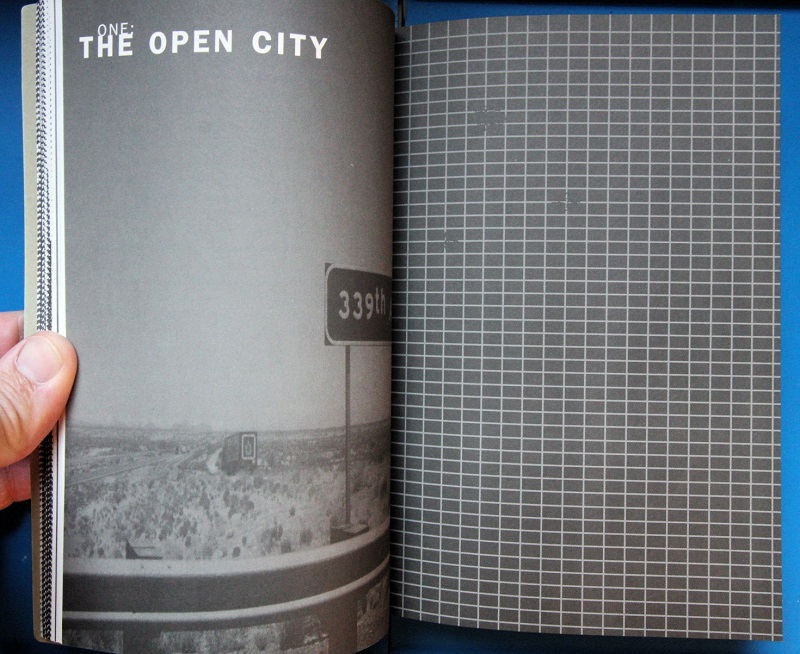 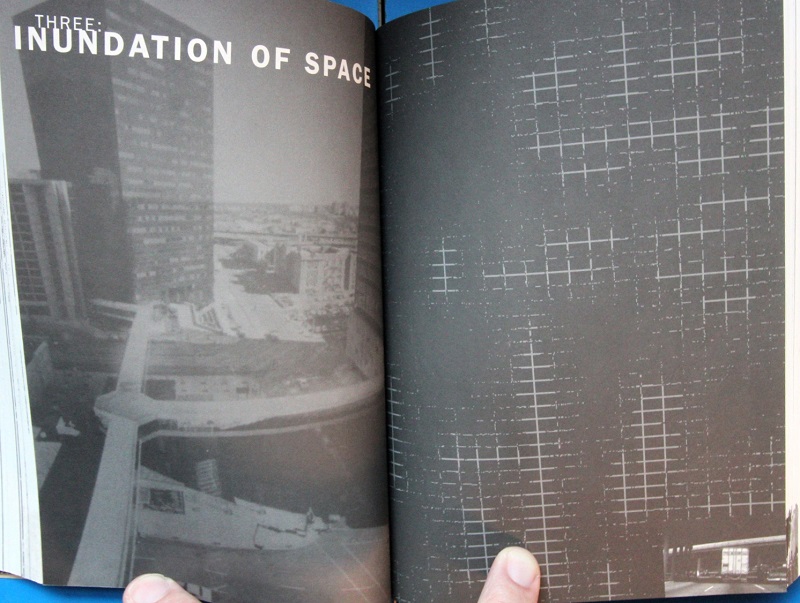 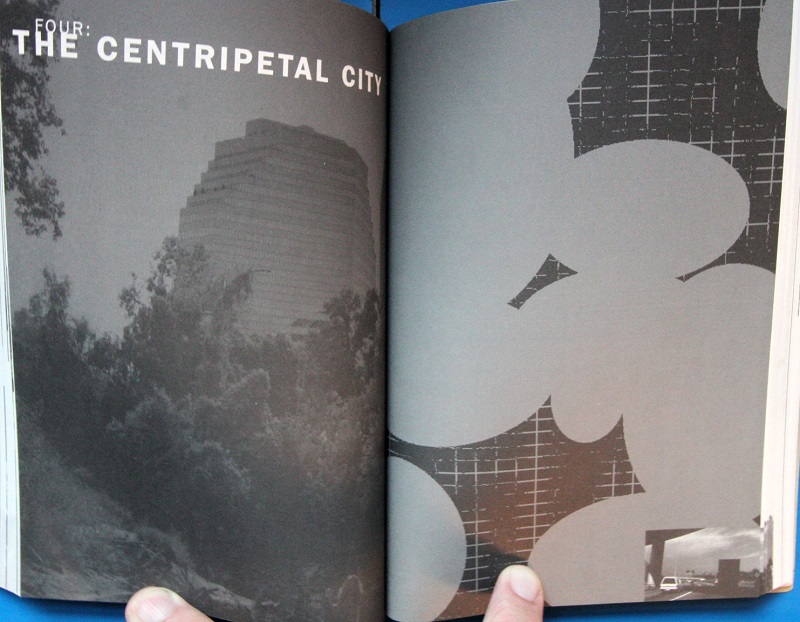 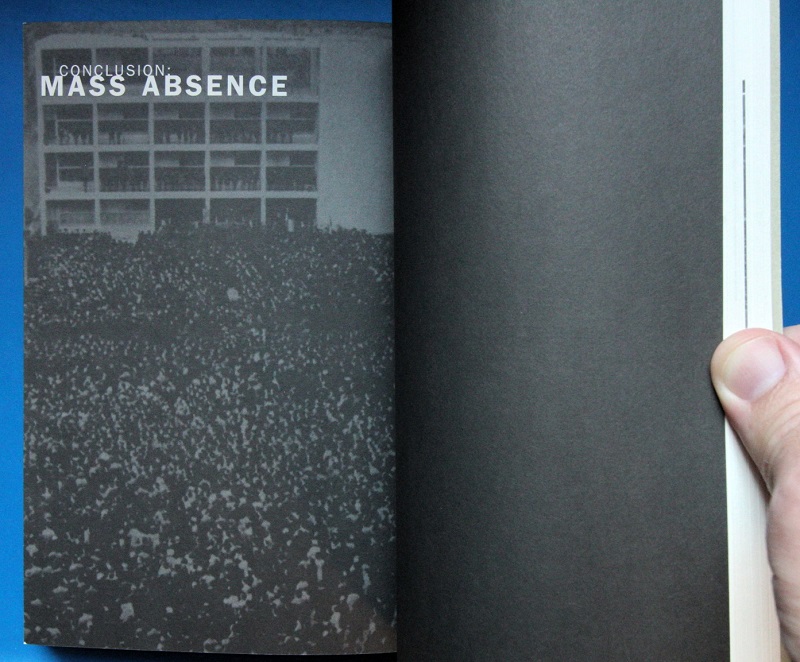 
Albert Pope is the Gus Sessions Wortham Professor of Architecture at Rice University. He is the author of numerous articles concerning the broad implications of post-war urban development.


Purchase Links:
(Note: Books bought via these links send a few cents to this blog, keeping it afloat.)