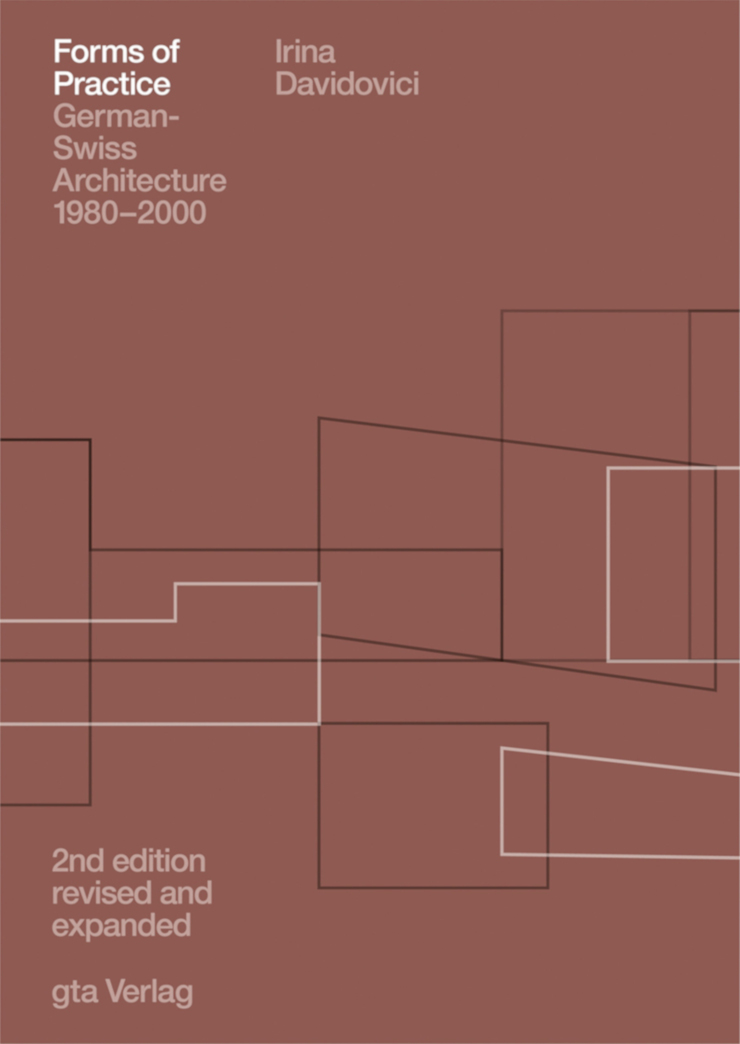 
During the 1980s and 1990s, German-Swiss architecture gained worldwide acclaim on account of its structural and aesthetic coherence. Its precision, rigor and sobriety were, however, only outer manifestations of a deeper ethical orientation, reacting against formal arbitrariness and postmodern relativism. Swiss architects resorted to the discipline of concepts and formal reductionism in order to recover a sense of stability, normality, and cultural continuity. In Forms of Practice, Irina Davidovici provides an in-depth analysis of their work during the last decades of the twentieth century, discussing its cultural and theoretical conditions as facets of one artistic and cultural phenomenon. Richly detailed case studies and conceptual frameworks are brought up to reveal, behind the seductive appearance of Swiss architecture, the implicit conflicts between shared values and individual expression, artistic integrity and economic interest.


The stereotypical view of Switzerland — visible even in just a quick Google image search — is of a sparsely populated country with small villages of gabled chalets and the occasional church spire sitting in valleys between mountain ranges. This view is of a landlocked country with internal dispersal dictated by nature, but the 21st century reality of Switzerland is much different. Train and car tunnels through the Alps have made travel to and from towns in various regions quick and easy, and have turned the whole country into a massive piece of infrastructure. In turn, some Swiss academics and architects see their country as a large metropolitan region (or "urbanscape") rather than a bucolic landscape of quaint, old-fashioned villages waiting to be photographed.

With its balance of historical landscapes and 21st century technology, it's not surprising that such a small country (population 8.4 million, a bit smaller than New York City) is so well regarded internationally in terms of architecture. Peter Zumthor and Jacques Herzog and Pierre de Meuron have won Pritzker Prizes, earning them commissions well beyond Switzerland's borders. Many other Swiss architects practice both in their home country and elsewhere, yet even those that don't go beyond their own region or canton are very well respected by architects around the world. To put it another way, there is something about Swiss architecture that makes it, well, Swiss, but try as other architects might, it's damn near impossible to emulate or replicate the equally high levels of design, craft, and construction of Swiss buildings in other places.

Irina Davidovici examines the Swissness of German-speaking Swiss architects (thereby omitting the French-speaking architects around Lausanne and the Italian architects in the Ticino) through case studies of eight building designed in the 1980s and 90s, when Swiss architecture made a name for itself internationally. Presented in chronological order, the projects range from Herzog & de Meuron's Stone House in Tavole, Italy, to Von Ballmoos Krucker's Stöckenacker Housing in Zurich, with buildings by Peter Zumthor, Gigon / Guyer, Valerio Olgiati and others in between. Davidovici bookends the case studies with "Backgrounds" chapters: on culture, theory, and practice; all of which give context to the case studies but also help explain how a variety of architects were able to produce diverse architecture that somehow managed to signal Swissness to the rest of the world. Other essays ("Towards a Swiss Model," "Notions of Resistance," etc.) at the back of the book add layers to Davidovici's analyses and arguments, while new ones for the second, revised edition (the first edition came out in 2012) reiterate the importance of the cities (Basel, Zurich) and schools (ETH Basel, ETH Zurich) in producing some of the world's most distinctive, recognizable, and appreciated architecture today. An important book for fans of Swiss architecture. 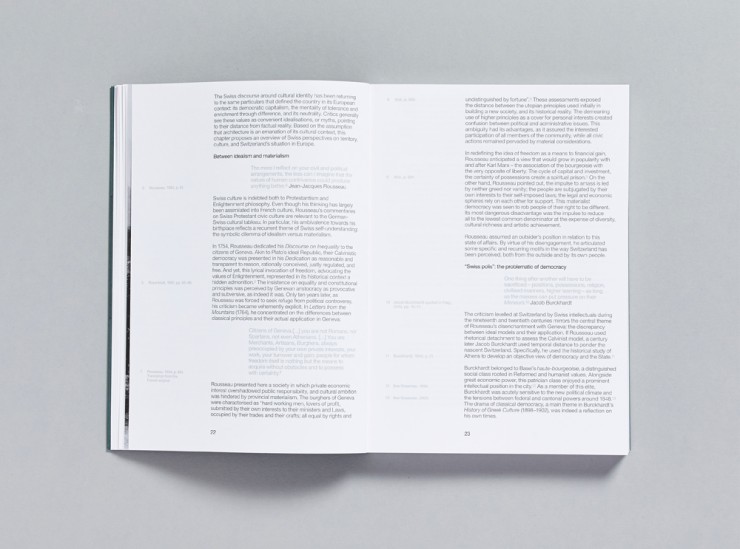 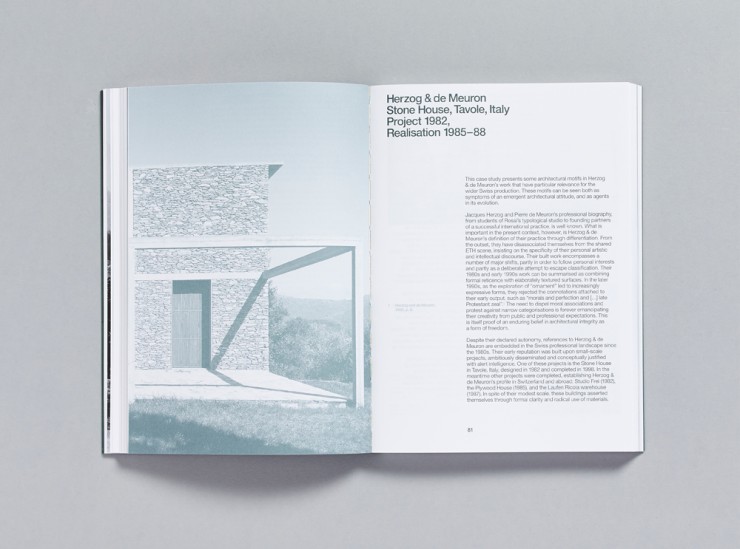 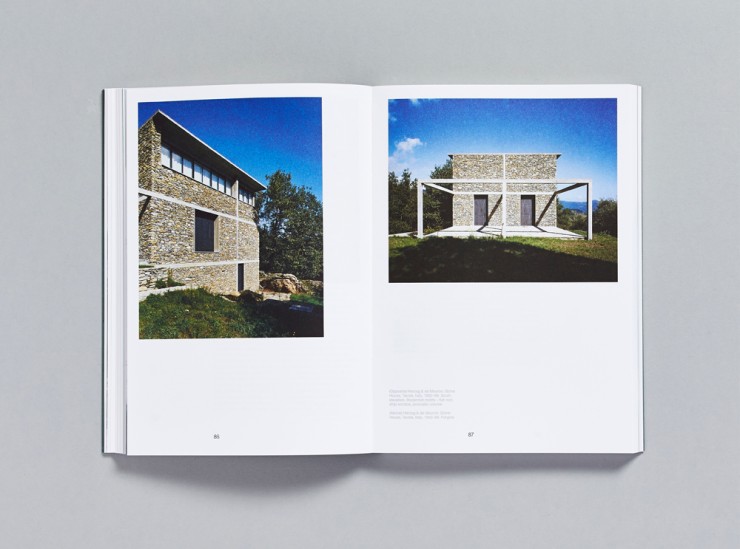 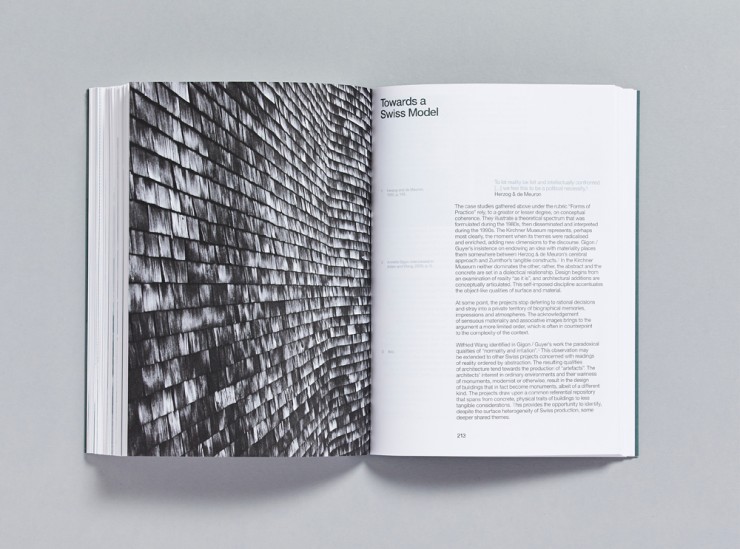 
Irina Davidovici is an architectural historian. After studying architecture in Bucharest and London, she earned her doctorate in the history and philosophy of architecture at the University of Cambridge. She is currently conducting research at the Institute for History and Theory of Architecture (gta) of ETH Zurich.