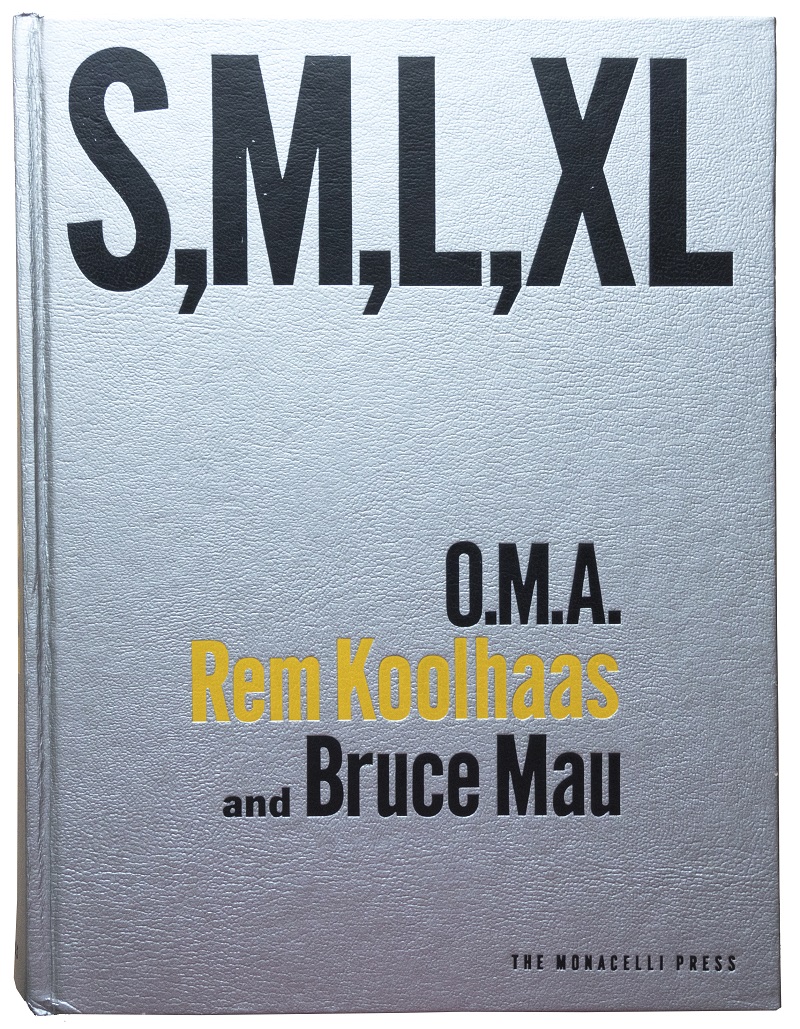 
A mammoth compendium of 20 years of OMA's projects, arranged in order of size, S,M,L,XL gives an insight into the restless, ingenuitive thinking of the office through an era when architecture became a mere bystander to the explosion of the market economy and globalization.

This massive book is a novel about architecture. Conceived by Rem Koolhaas - author of Delirious New York - and Bruce Mau - designer of Zone - as a free-fall in the space of the typographic imagination, the book's title, Small, Medium, Large, Extra-Large, is also its framework: projects and essays are arranged according to scale. The book combines essays, manifestos, diaries, fairy tales, travelogues, a cycle of meditations on the ground of contemporary city, with work produced by Koolhaas's Office for Metropolitan Architecture over the past twenty years. This accumulation of words and images illuminates the condition of architecture today - its splendors and miseries - exploring the revealing the corrosive impact of politics, context, the economy, globalization - the world.


OMA partner Reinier de Graaf, whose Four Walls and a Roof I reviewed a few days ago, joined the Office for Metropolitan Architecture in 1996, the year after Rem Koolhaas put out S,M,L,XL, a massive book with 20 years of OMA projects accompanied by numerous critical essays by Koolhaas and company. At the time of its release, when I was a fifth-year architecture student, I recall it being the biggest thing around -- not just in terms of size, but also in terms of sheer impact, controversy, and popularity. It seemed to be what everybody in architecture was talking about at the time. Its influence was felt immediately, though just as many people seemed to hate it as love it. It wouldn't surprise me if de Graaf and others in the latter camp flocked to OMA after the publication of S,M,L,XL; a firm and leader with the bravado to release such a tome must be the place to be. De Graaf, though, is in the minority, as most architects who worked at OMA went on to found their own firms, some with their own acronyms.

Nearly 25 years after its initial publication, there are few architects who don't know S,M,L,XL, don't have their own copy (I was lucky to be working at a bookstore at the time so got a first edition at cost), or don't know how the book is organized. Nevertheless, as the name indicates, the projects in the book start small and increase in size as the page numbers increase: to medium, large, and extra large. Along the way, Koolhaas and company insert essays (alternatively called "theories," "manifestos," "texts," and "guides") and include a dictionary of terms whose definitions come from a myriad of sources listed in the back matter. Flipping through the book is a bombardment of words, images, and other visual information, with the variety of presentations making each turn of the page another surprise. Graphic designer Bruce Mau's role in this effect was so important he was credited as an author alongside Koolhaas and OMA. Many people have called S,M,L,XL a brick, due to its size and weight, but I like Mau's description of the book on its 20th anniversary as "a brick that fit into a kind of wall of ideas." There are many ideas in the book: the effort of discovering and making sense of them is still a thrill all these years later. 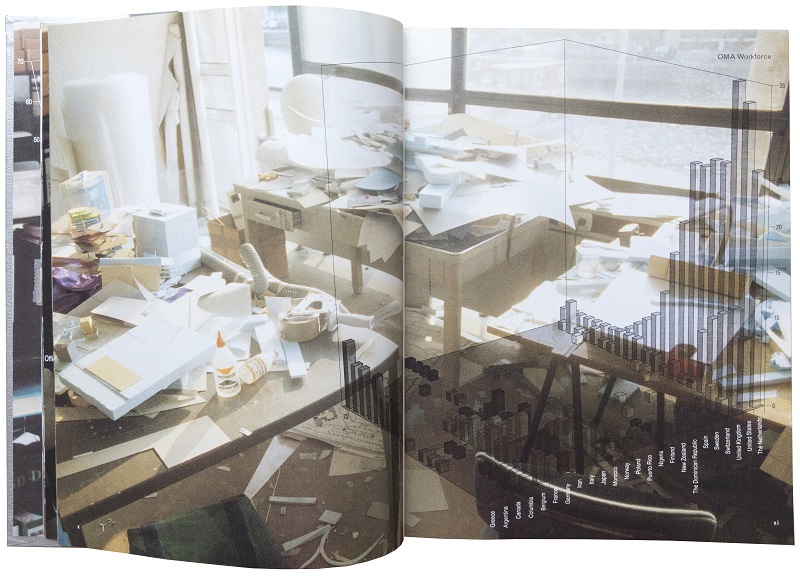 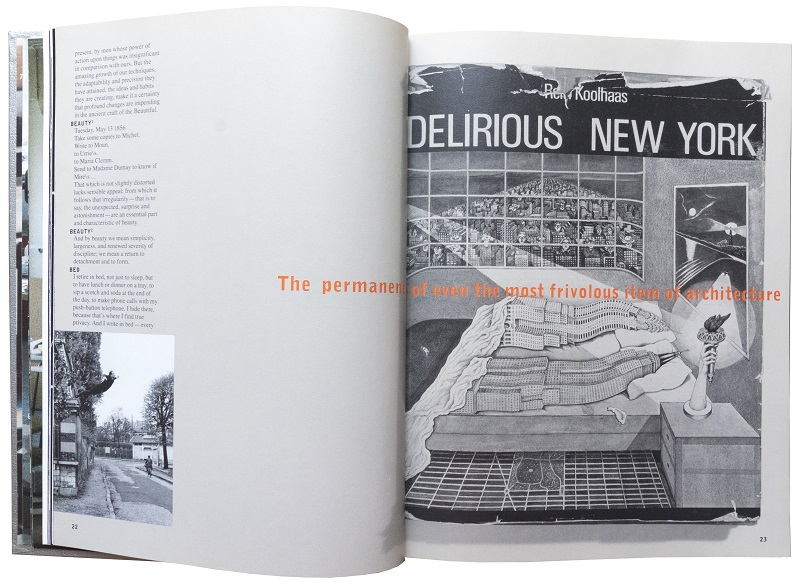 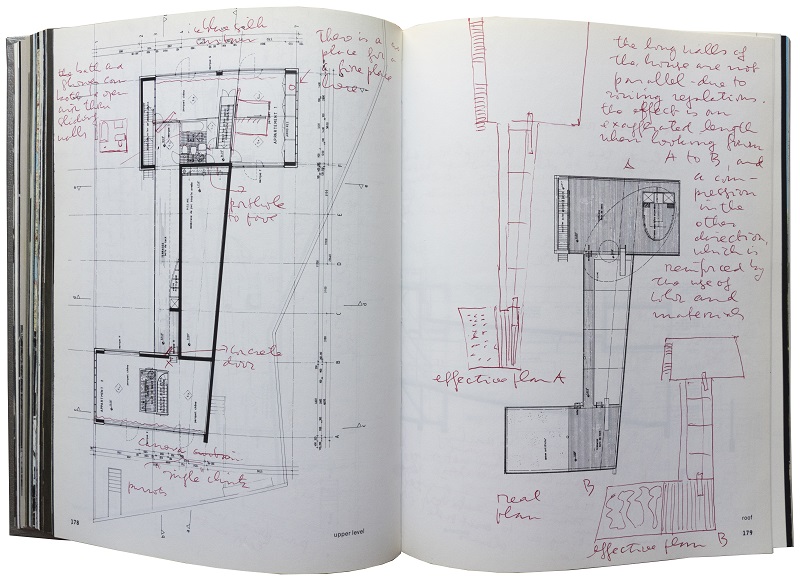 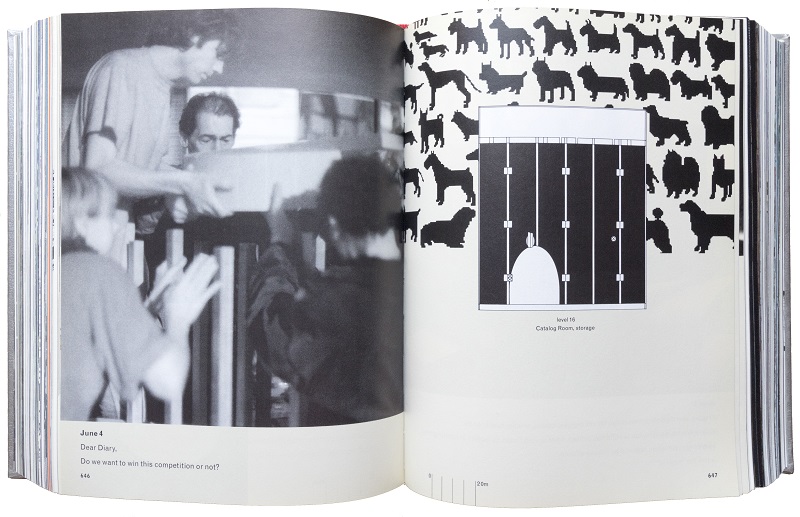 
Rem Koolhaas is founder of the Office for Metropolitan Architecture (O.M.A.) ... Koolhaas is author of the seminal Delirious New York and professor in practice of architecture and urban design at the Harvard Graduate School of Design. Bruce Mau founded the critically acclaimed firm Bruce Mau Design in 1985. He is the author of Life Style and Massive Change.