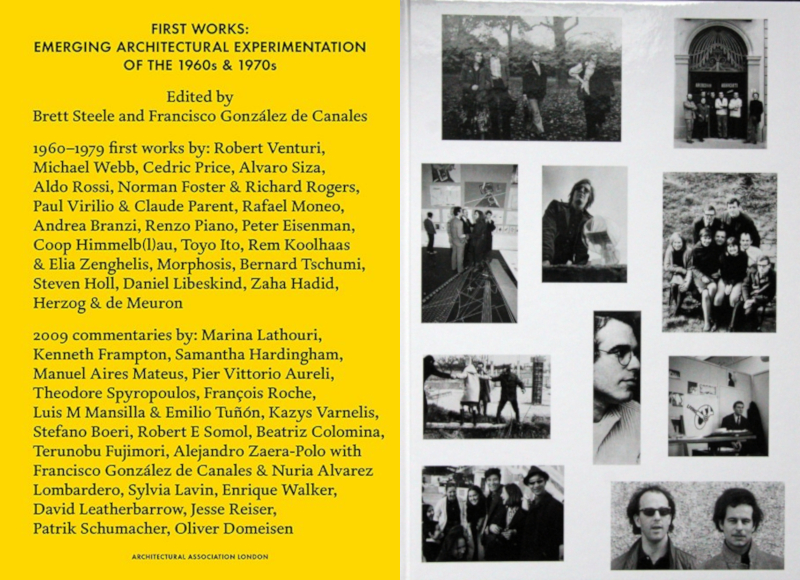 
First Works was an exhibition held at the Architectural Association in London in late 2009 and early 2010. It must have been difficult to develop an exhibition that did not seem superfluous in the midst of the Great Recession. In turn, First Works looked back about a few decades to present exactly that: the first projects of now-famous architects who started their careers in the 1960s and 70s. Those decades saw social upheaval in response to many crises, including the Vietnam War and environmental concerns, and the overlapping concerns of the housing crisis and climate change made it imperative at the tail end of the 21st century's first decade to consider one's course of action following architecture school. Or as Brett Steele, then the AA Director, writes in the introduction to the exhibition's companion book, "I would argue that a re-examination of how to begin a critical architectural practice [...] is even more urgent in 2009 then it may have been four decades ago," a time of "counter-projects and furious experimentation." Ironically, while the architects explored in First Works (listed on the top half of the book's cover) may have adopted critical practices all those years ago, the ones that survived into this century are firmly established within the status quo, designing buildings for corporations and institutions — buildings that are formally daring but do little to address wider societal or environmental issues.

Steele and curator Francisco González de Canales could have broadened their reach to incorporate architects with a bit more relevancy to the crises graduating architects ca. 2009 would be facing in their practices. Nevertheless, the presentations and commentaries on the first works of Cedric Price, Alvaro Siza, Aldo Rossi, Renzo Piano, Coop Himmelb(l)au and many more are valuable, but more from a historical perspective than in regards to any contemporary context. While many architects are probably familiar with Cedric Price's London Zoo Aviary and Alvaro Siza's Leça Swimming Pools in Portugal, the book is full of relatively obscure projects that over time have been overshadowed by other projects — early, late, built, unbuilt — by the assembled architects. So even though all of the projects are dated, most of them will be fresh to readers. (I always think of The Peak from 1982 as Zaha Hadid's first project, but here it's the Irish Prime Minister's Residence from three years earlier.) The enjoyment of learning about the first works — one per architect, explained in their words, in images, and in the contemporary commentaries by carefully selected critics — is furthered by the candid before-they-were-famous photos of the architects, visible on the cover beneath the dust jacket (photo at top-right) and inside the book at the start of each architect's section. First Works is out of print but is worth picking up if seen in a bookstore, like I did, though not necessarily searching far and wide for. 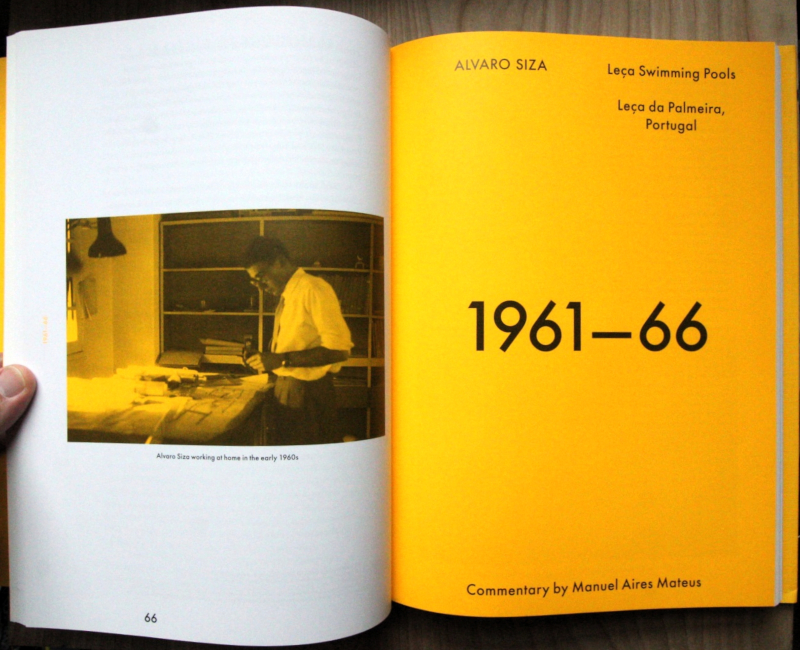 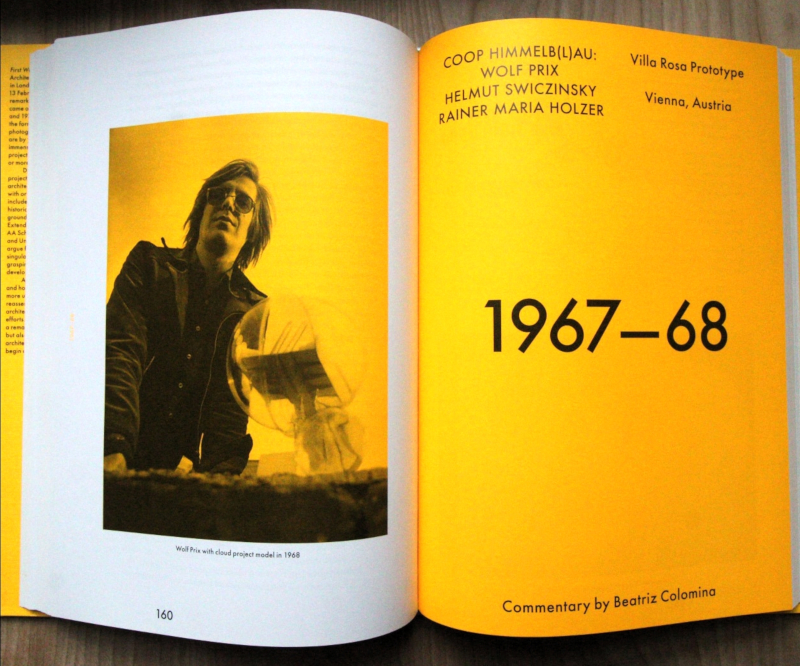 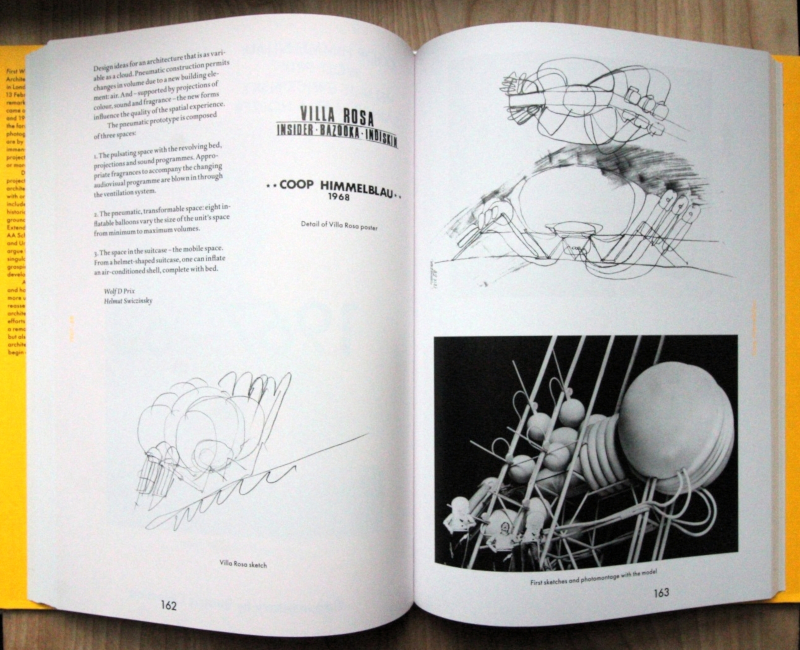 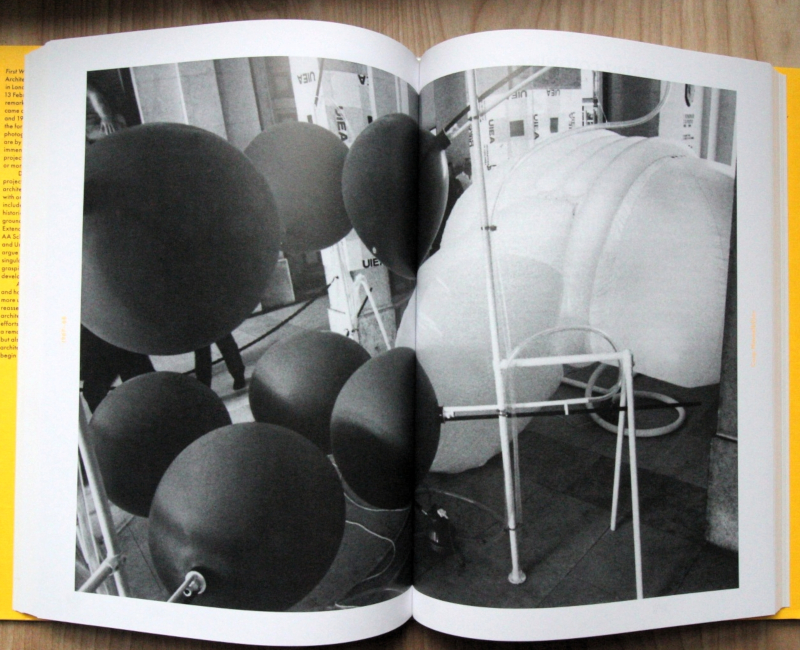