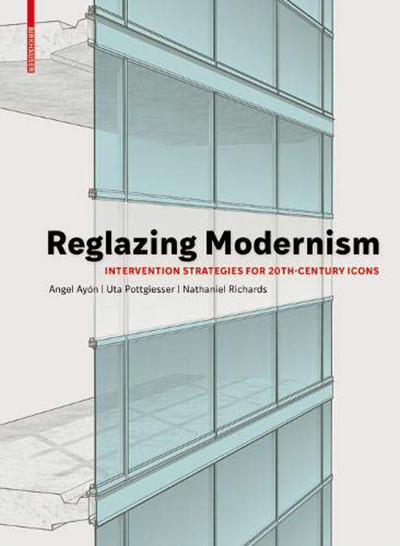 
The worldwide use of building envelopes in steel and glass is one of the characteristic features of modern architecture. Many of these pre- and post-war buildings are now suffering severe defects in the building fabric, which necessitate measures to preserve the buildings. In this endeavor, aspects of architectural design, building physics, and the preservation of historic buildings play a key role. Using a selection of 20 iconic buildings in Europe and the USA, the book documents the current technological status of the three most common strategies used today: restoration, rehabilitation, and replacement. The buildings include Fallingwater House by Frank Lloyd Wright, Farnsworth House by Ludwig Mies van der Rohe, Fagus Factory and Bauhaus Building by Walter Gropius.


Five years ago, in October 2014, the restoration of Alvar Aalto's Viipuri Library in Vyborg, Russia, won that year's World Monuments Fund/Knoll Modernism Prize, which "recognizes outstanding and innovative design solutions that save modern icons." Many architects know the building for the undulating wood ceiling in the auditorium, but the multi-faceted design has a couple areas where glass is an important material: 52 skylights bring a soft, even light to the reading room and a glass wall at the lobby and stair give the library its most overt Modernist expression. Those two areas are explored in one of the twenty case studies in Reglazing Modernism, whose title clearly spells out its conservation niche. With descriptions about each project's history, the conditions of glazed areas prior to intervention, the intervention itself — categorized as Restoration, Rehabilitation, or Replacement — and with comments on the outcome (or in some cases potential future outcome), the case studies give a good overview of both the unique and shared situations under which some modern masterpieces have had to contend. But it's the drawings (a few are visible in the spreads below) that make the case studies so valuable to architects and preservationists.

About half of the buildings in Reglazing Modernism are also in my 2016 book 100 Years, 100 Buildings, indicating that these are exceptional cases, where the efforts to preserve a particular appearance were paramount and demanded much consideration on the technical side. The Restoration section illustrates projects, such as Philip Johnson's Glass House (second spread), that maintained appearance over the provision of energy efficiency; it being a house museum rather than a house made that possible. But in the case of the TWA Flight Center (now TWA Hotel), a shift from single-pane to insulated glass would have necessitated reinforcing the steel trusses supporting the angled window walls and negatively impacting their appearance; in turn, the restoration work maintained single-pane glazing throughout. The Rehabilitation section, with the De La Warr Pavilion (third spread) and a few other projects, is the shortest.

Which leaves the Replacement section and its nine projects, some of them consisting of single-pane glazing shifting to IGUs, or insulated glass units. That happened at Frank Lloyd Wright's Guggenheim Museum (fourth spread), though its steel framing was substantial enough it didn't change the appearance dramatically. The same cannot be said for Louis I. Kahn's Yale Art Gallery, which was renovated by Ennead Architects and involved replacing the steel window walls with bulkier aluminum framing. Given that aluminum is the default material the framing of curtain walls and window walls these days, the Kahn building might be the most suitable precedent to the preservation of historic Modernist glass buildings initially framed in steel. But the authors' recommendations at the end of the book make it clear that a lot of research and development still needs to be done to best address the conservation of modern buildings that predate the transition from steel to aluminum in the 1960s. 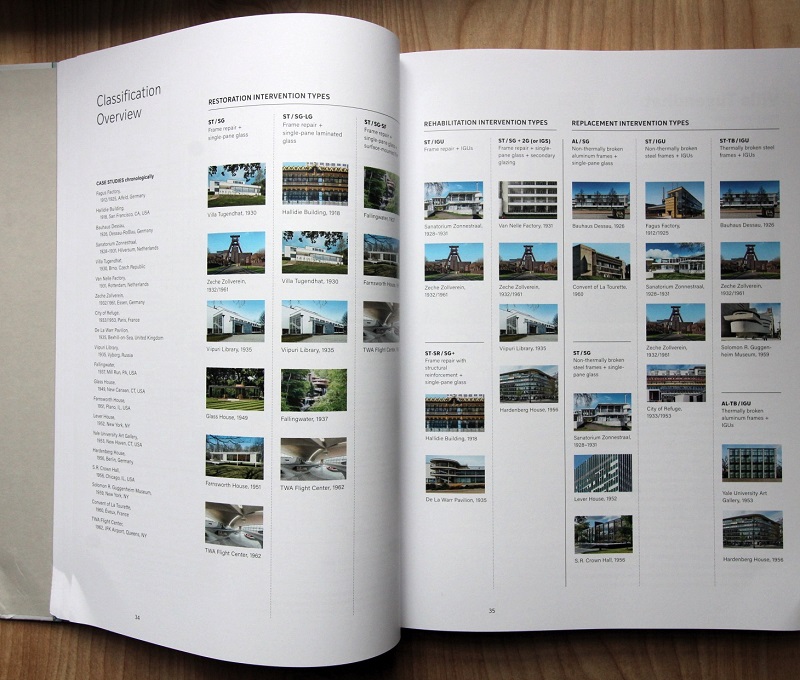 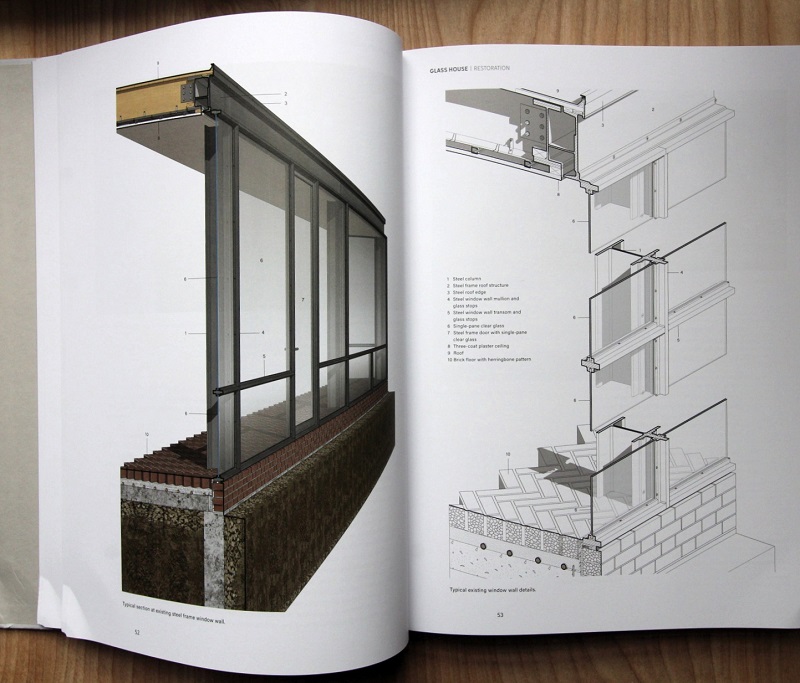 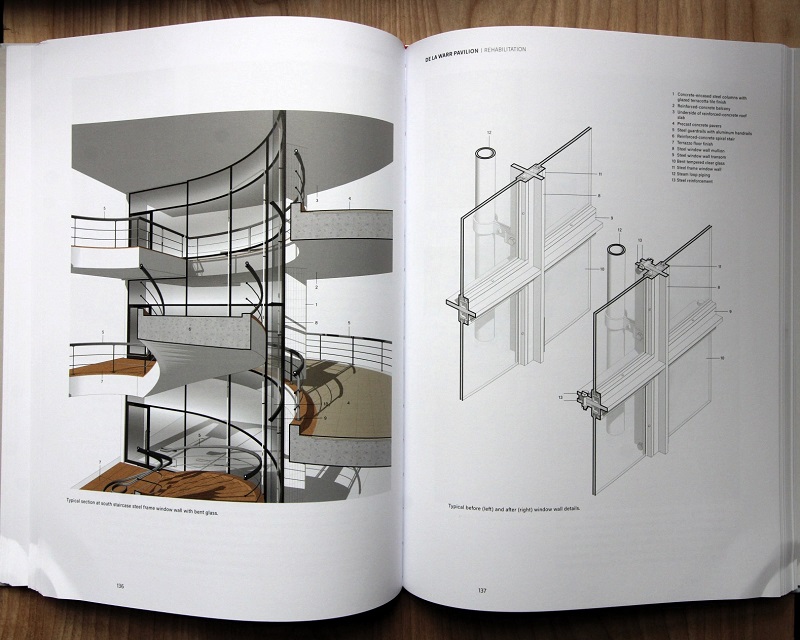 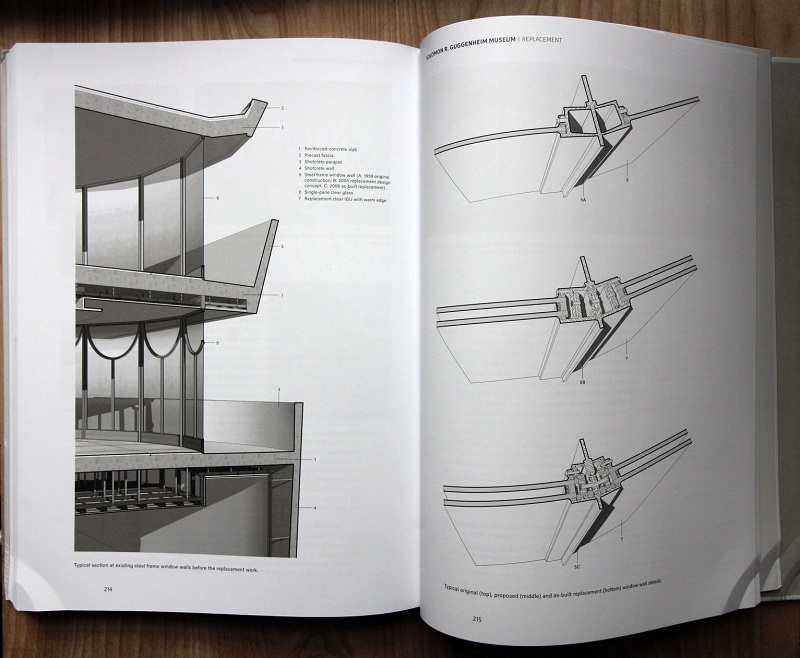